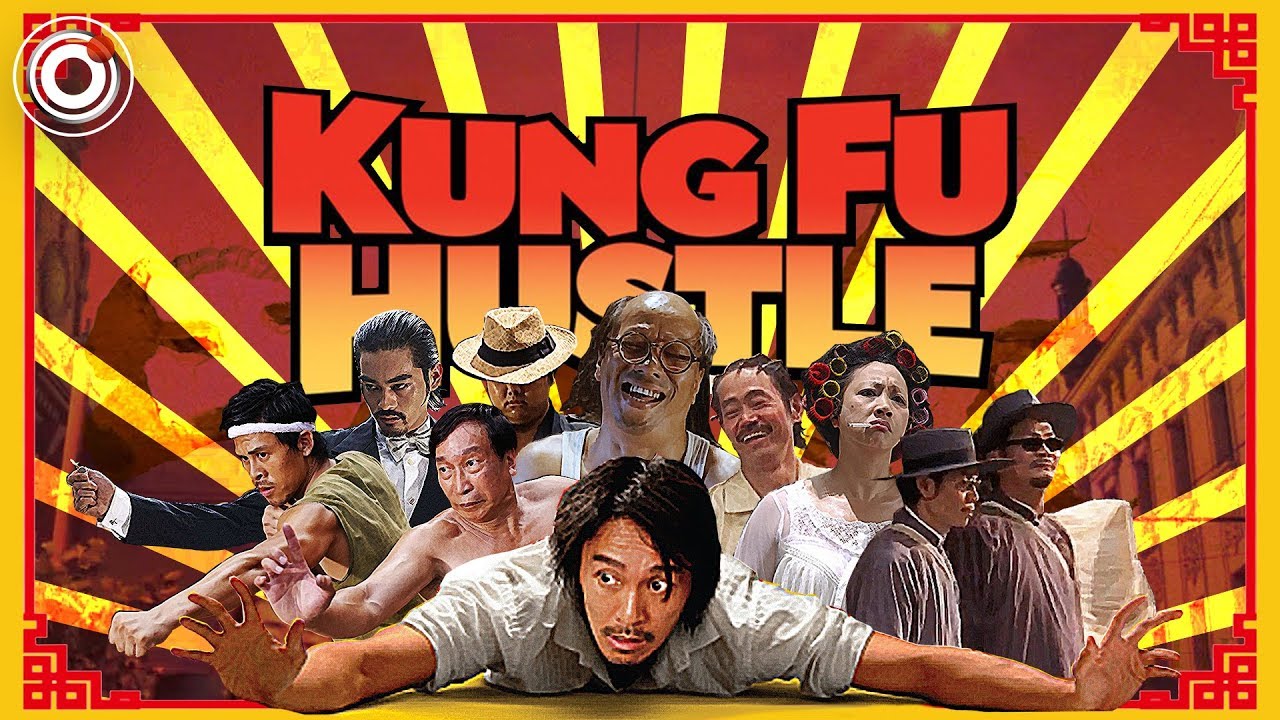 Time to sit down and listen up, people.

Kung Fu Hustle, remember that name. Originally released in 2004 and directed by Stephen Chow, this movie is simply a gem. You can’t really ask for more than this films gives its audience: unique characters, dance breaks and fights, movie references and of course the imaginative and creative story driving the film. This is a great introductory film for anyone with an interest in the kung-fu genre. It’s fun, pretty easy to follow and the complexity is within the fight choreography more so than the main storyline. Chow created quite the universe for this tale to be told.

Let’s get into the beef of this movie. Two words: Fight. Scenes. Simply put, the fight scenes in this movie are awesome. I was going to write about this one instance when one of the protagonists is completely outnumbered, but presses on into battle. However, in formulating that thought, I realized that a lot of fight scenes in this movie are exactly that. Everyone loves an underdog right? Well, this movie is filled to the brim with that type of content. Also, to side-venture here for a hot second, this movie isn’t afraid to make main characters expendable. My point being, they aren’t afraid to kill of main characters. I actually really enjoy this quality in a movie because it always keeps me on my toes. This movie also does a very nice job of not giving to many clues about which side will win a fight. I feel that in a handful of fight scenes you, as the audience member, can typically tell who will be the victor. However, with Hustle there are too many elements at hand to give anything away. First of all, most of the fights are more like brawls; a handful of people versus a small group of others, if not just one person. On top of that, there is the added factor that some characters have superhuman-like abilities. Don’t get me wrong, some of the moves these martial artists and actors pull-off already seem out of this world, but the movie is seasoned up with a bit of fun exaggeration. The cool thing about the film, in terms of exaggeration, is that they’re not afraid to do it. They’re totally in on it and to be honest, it’s one of the reasons I enjoy the movie so much. They set the piece in a somewhat fantastical world and mix in real-time fighting, which is a nice hybrid for unrealistic events and tangible, human skills. This is not a superhero movie, but it’s an entertaining movie about some super humans.

I also want to note the acting during the fight scenes. I’ve seen plenty of material where it seems to escape the performer that they are in a scene on top of doing the fight choreography. Now, this is all completely easier said than done, but we’re talking about higher-level cinema here. With that in mind, the cool thing in Hustle is that I really never forgot who was fighting. The personality of the characters never faded, even in the most intense situations. You can see the character motivations and thoughts even while they’re kicking ass. Or in some people’s cases, getting their asses kicked.

My last comment on the fight scenes will be highlighting Chow’s use of changing levels. For example, the community of Pig Sty Alley is basically a playground for any director and DP with a creative eye. Needless to say, Chow shows his imagination and vision with ease. From kung-fu masters jumping onto high balconies to gangsters getting thrown through windows, there seems to be no ceiling to Chow’s imagination.

Moving on, when a movie can properly reference other movies with fluidity and class, it speaks volumes about that film. Hustle does just that. There is a part of the movie when a dying man tells another man, “with great power, comes great responsibility”, which is an obvious reference to Spiderman. The cool part about this moment is how it fits completely with the scene. If you didn’t know that iconic line, one would never pick it to be an Easter egg of sorts. Furthermore, they gave and ode to The Shining as well. This being when our hero is snuck into the bottom floor of the prison to free the Beast. As he looks towards a grim looking door, blood flows from the portal as a heavy brass section crescendos in the background. Blood elevators, anyone? I think that when executed poorly, movie references that are written into script can be akin to when characters, very obviously, state the name of the movie there in. It’s blatant and can pretty easily take you out of the world of the film. Hustle doesn’t have this issue.

Date movie: Yup. Heads-up, there are subtitles in this movie. Don’t be dissuaded to watch because of those though. If you dub the audio for something you’re watching, you completely mute the original actor’s voice, which can be pretty detrimental in terms of character and story development. Not to mention, the acting with the original language will always be better than a dubbed version. Taking all that into consideration, this is a fun movie to watch and it can get even better when you watch it with someone else. You will not be disappointed if you take ninety minutes to watch this hilarious movie.