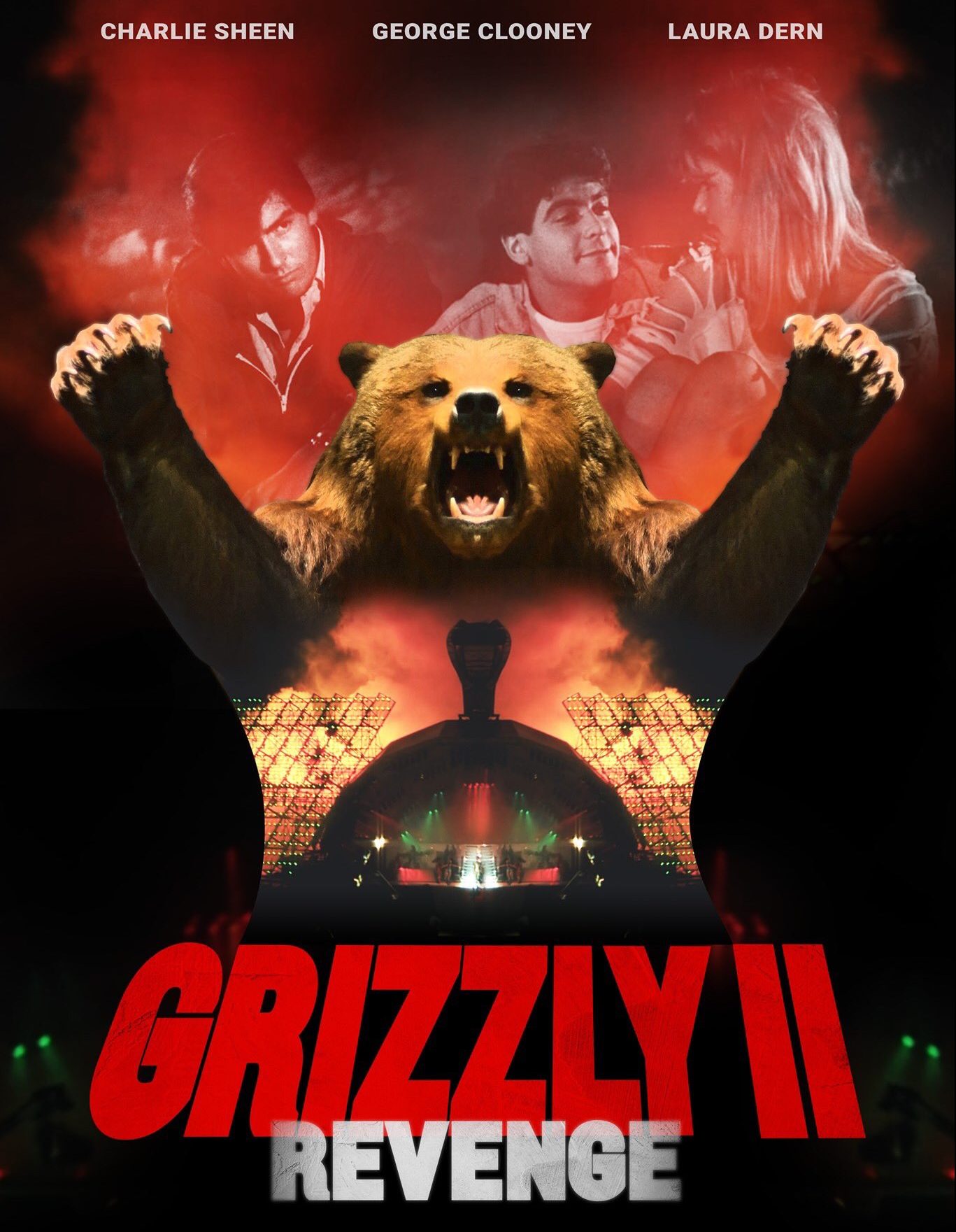 Grizzly II: Revenge (1983), directed by André Szoet is somewhat of a unicorn in terms of B-horror movies. Why? I’ll give you several reasons. It was made in the 80’s, which is arguably the greatest decade of horror films, both beautiful and ugly. It has a cast that includes a youthful group of George Clooney, Laura Dern and Charlie Sheen (this is not a promise that they star in the film). The movie is about a monstrous grizzly bear attacking unknowing concertgoers gathered for a huge show. The only thing with this film is that, up until now, it was unobtainable.

The full film was simply never finished and only a rough-cut existed. So going back in time a bit, what makes this so mysterious is the mismanagement of the production as well as the background of why it wasn’t finished until recently.

A few hiccups the film ran into include the following: a young cast, one of the main producers took the movie funds and literally disappeared, the mechanical bear didn’t even work and because of all of this, only the main shots were actually shot. Furthermore, all of the main scenes were completely absent of the bear because, remember, it didn’t work. Oh and instead of using the magic of cinema to make it look like a concert/festival was going on, the production, allegedly, decided to actually throw one and yes, half a hundred-thousand people supposedly showed up. To top it all off, the director unfortunately passed away in 2006 so the movie was subsequently finished without him.

Anyways, the whole plot of this flick revolves around a mama bear who sets out on a quest for revenge after poachers killed her cubs several days before a giant concert is held in the same area. Basically creating the world’s largest buffet for a fifteen-foot angry bear.

If you can see this, please take the opportunity to do so because it’s only so often that we get a chance to see a film that has been thirty years in the making!