Chicago Film Scene’s Rob McNeil has written a warm and glowing review of the movie Mank, and I suggest you check it out.  Mister McNeil seems to be a Fincher fan and rates Mank as brilliant. For a contrasting perspective, I must start by admitting the bias that Fincher is not a big deal in my cinematic world and imagination. If I were to bump into Fincher at a conference or cafe, it’d be a moot moment.  Aside from Zodiac, I’ve been uninterested or unsatisfied by his films.  For example, Fight Club irritates me because the characters are so unreliable.  In the end, when I discovered the Brad Pitt character isn’t real, I wanted to throw something at the tv.  For me, Fincher may be brilliant – but also bothersome.

Similiar to Zodiac, Mank is another Fincher film that is based on nonfiction, and perhaps the more factual foundation supporting these storylines make both Zodiac and Mank the two films that fascinate me.  Please check out McNeil’s article for detailed analysis of the actors and plot but here I offer some historical background into the portrayal of Old Hollywood.  Because the pace of Mank is pleasantly swift.  Camera shots jump from actor to actor, so that the film’s continuity is like a moving photo album of the actresses, actors, and politicians from the Golden Age of Hollywood. I figure, if we’re going to spend 2+ hours with these historical figures, then let us explore who they were – in real life. 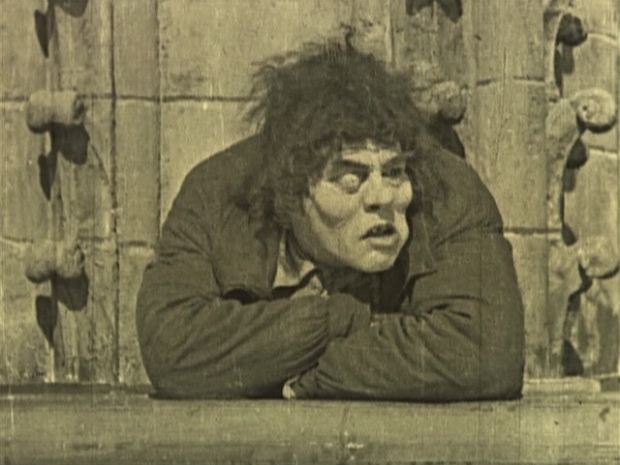 Leonidas “Lon” Chaney (April 1, 1883 – August 26, 1930) was an American stage and film actor and a screenwriter.  Between 1912 and 1917, Lon Chaney worked under contract for Universal Studios doing bit or character parts.  In later years, Chaney became known for his starring roles in such silent horror films as The Hunchback of Notre Dame (1923) and The Phantom of the Opera (1925).  Both of Chaney’s parents were deaf, and being a child of deaf adults is how he became skilled in pantomime.  –  In Mank, Lon Chaney is mentioned toward the beginning of the movie around 20:55.

Marion Davies (January 3, 1897 – September 22, 1961) was an actress, producer, screenwriter, and philanthropist.  In 1916, while Davies was performing in Ziegfeld Follies, she met newspaper tycoon William R. Hearst, and she became his mistress.  William R. Hearst financed Marion Davies’ pictures and promoted her career via his newspapers, so that by 1923, Marion Davies was the #1 female box office star in Hollywood due to the popularity of When Knighthood Was in Flower (1922) and Little Old New York (1923), which were among the biggest box-office hits of their respective years. 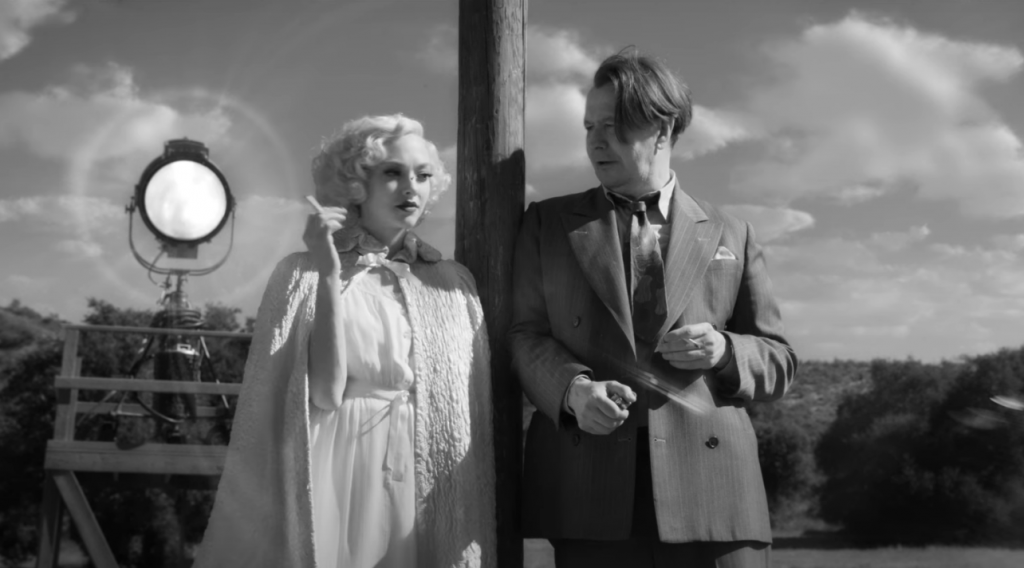 Herman Mankiewicz (November 7, 1897 – March 5, 1953) was a Jewish writer who, with Orson Welles, wrote Citizen Kane.  Mankiewicz and Welles got Academy Awards for the script.  Mankiewicz was often asked to fix screenplays by other writers, with much of his work uncredited.  –  Mank is Netflix’s biographical drama film about Mankiewicz himself.

Sara Mankiewicz is known as Poor Sara in the film, and she’s portrayed by the actress Tuppence Middleton. Sara was Mank’s wife who got stuck cleaning up all his messes.  In real life, Sara Aaronson was from Baltimore, and she married Mankiewicz in 1920, when he whisked her off to Berlin for his job as a correspondent with the Chicago Daily Tribune.

Joseph “Joe” L. Mankiewicz (February 11, 1909 – February 5, 1993) was an American film director, screenwriter, and producer.  Comfortable within a variety of genres and able to elicit career performances from actors and actresses alike, Mankiewicz combined ironic, sophisticated scripts with a precise, sometimes stylized mise-en-scène.  (Mise-en-scène is the term most commonly used to refer to one single scene that’s representative of a film. For instance, the scary shower scene is how many of us identify the horror movie Psycho.)  Joe was Mank’s beloved younger brother by twelve years.

Louis B. Mayer (July 12, 1884 – October 29, 1957) was a producer and co-founder of Metro-Goldwyn-Mayer studios (MGM).  Louis Mayer quit school at 12 to support family and moved to Boston, where he bought a vaudeville theater in Haverhill, Massachusetts.  The theater was called the Garlic Box because it catered to poorer Italian immigrants.  After expanding and moving to Los Angeles, he teamed with producer Irving Thalberg and they developed hundreds of story-based films, noted for their wholesome entertainment. Louis Mayer handled the business of running the studio, such as budgeting and approving new productions while Thalberg, who was still in his twenties, supervised MGM productions. 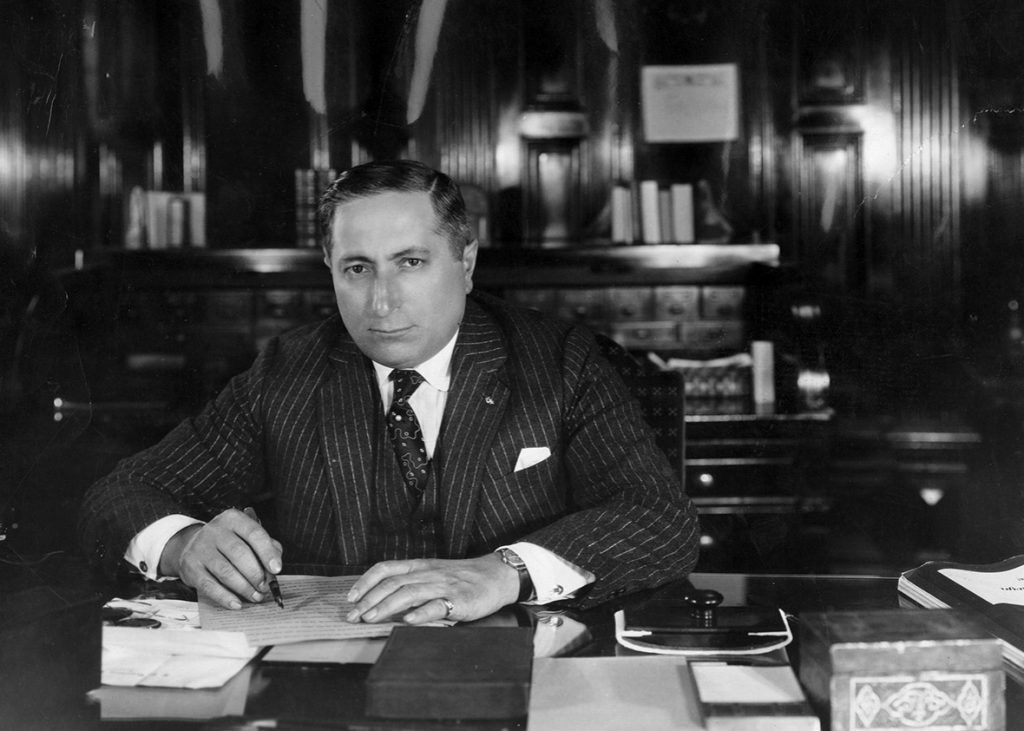 the real Louis B. Mayer, circa 1935 – the same time period portrayed in the movie Mank

Joe von Sternberg (29 May 1894 – 22 December 1969) was an Austrian-American filmmaker whose career spanned the silent through the sound era, and he worked with most of the Hollywood studios.  But Sternberg’s beginnings were humble, born Jonas Sternberg to an impoverished Jewish family in Vienna, which was then part of the Austro-Hungarian Empire.  In 1908 when Jonas was fourteen, he and his mother settled in Queens, New York, and Sternberg acquired his American citizenship the same year.  About twenty years later, Sternberg initiated the gangster film genre with his silent movie Underworld (1927).  In the 1930s – the decade when we meet this character in Mank, fifteen minutes into the film – Sternberg was nominated for the Academy Award for Best Director for Morocco (1930) and Shanghai Express (1932).

Orson Welles (May 6, 1915 – October 10, 1985) was an American actor, director, writer and producer remembered for his innovative work in radio, theatre and film.  In 1937, he and John Houseman founded Mercury Theatre, a repertory company that presented a series of productions on Broadway through 1941 – including Caesar (1937) as a Broadway adaptation of Shakespeare’s Julius Caesar.  His first film was Citizen Kane (1941), which is consistently ranked as one of the greatest films ever made, and which Welles co-wrote, produced, directed and starred in as Charles Foster Kane. 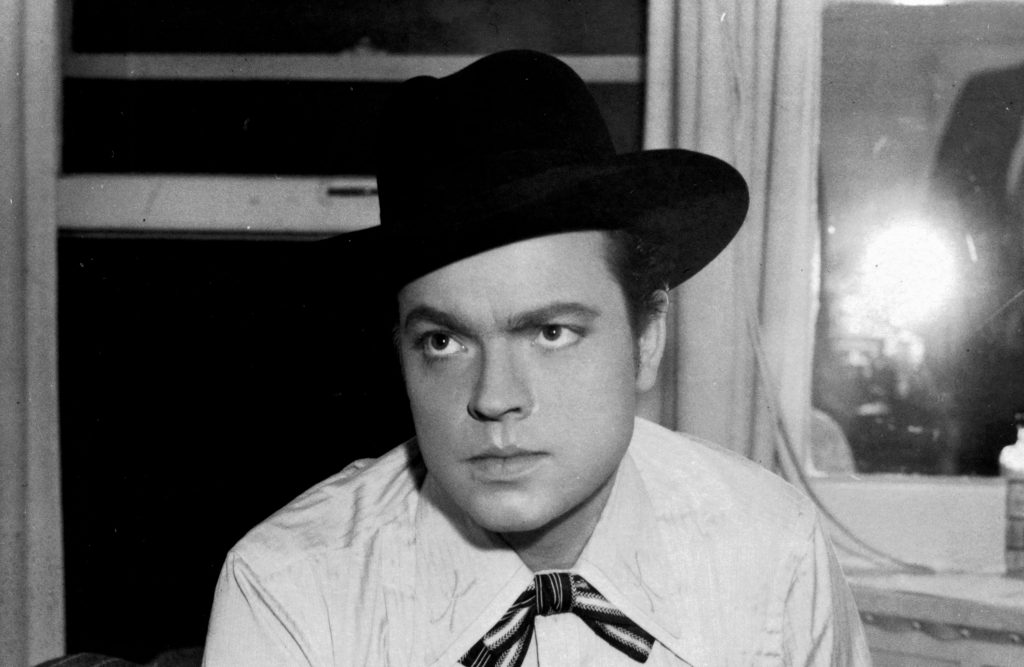 a photo of the real actor-director Orson Welles, called “Dog-Faced Boy” by John Houseman in the movie Mank

John Houseman (September 22, 1902 – October 31, 1988) was an actor and producer of theatre, film, and television.  Houseman was known for his highly publicized collaboration with Orson Welles from their days in the Federal Theatre Project through to the production of Citizen Kane.  Houseman is perhaps best known for his role as Professor Charles W. Kingsfield in the film The Paper Chase (1973), for which he won the Academy Award for Best Supporting Actor.

My final opinion…  It’s kinda long, kid.  If you step into this story, bring one or two bottles of wine to sip while watching.