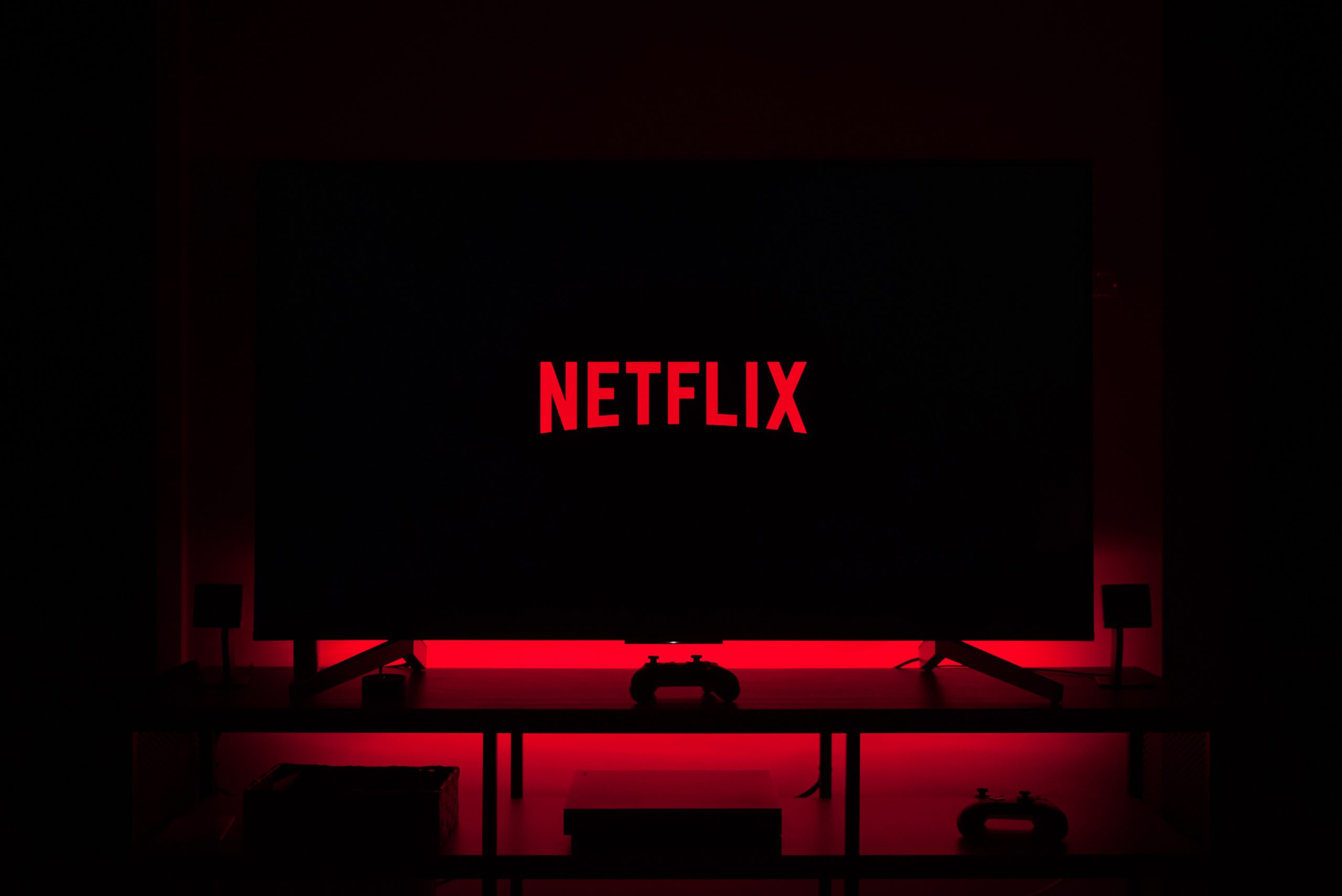 Netflix’s new melodrama Malcolm & Marie was a film that had people sitting on the edge of the couches when the trailer was released. With Zendaya fresh off of her success with Euphoria, people were ready to get their much anticipated dose of the young starlet, while we wait for her to reprise her role as Rue. That, combined with the star power of John David Washington, made this a movie that was set-up to be a great addition to the onslaught of Netflix flicks that have kept all of us afloat during this pandemic. Well unfortunately, Malcolm & Marie couldn’t find it’s sea-legs, and ultimately sank. This movie had everything it took to make it amazing; An awesome soundtrack, talented actors, and macaroni & cheese! Despite that, the cheesiest thing about this movie was the writing, and to be quite frank, the overall message.

Malcolm & Marie tells the tale of two exasperated lovers, who come home from Malcolm’s epic movie premiere, to engage in, what I thought was, the longest, most convoluted argument. It was like a never ending emotional boxing match, with intense rounds and intermittent breaks in between. Only in this scenario, no one was cheering, and they were fighting to the death. Even the amazing cinematography couldn’t make up for the words spewing from these lovers’ mouths as the night ensues, and we start to see the subtle cracks within their relationship that eventually become chasms filled with resentment.

Malcolm is a filmmaker, who has created and released a film that is “loosely” based on the struggles that Marie has faced in her life, that is met with raving reviews from everyone; especially those from the LA times. It is clear from the beginning that Malcolm is yet another hack of a filmmaker, who goes on boisterous, philosophical rants about the magnitude of his work, to the point that you already dislike this man, and the movie is only seven minutes in. He’s incredibly insecure about his work, and his voice as a storyteller, and is giving these long winded rants to a visibly annoyed Marie, purely to have the thoughts in his head validated. When someone is insecure about a part of themselves, they usually overcompensate in another department, to cover up the deep sadness they feel. In this case, he is spewing out so much hypocritical nonsense at such a rapid pace, hoping that eventually, maybe he’ll believe it himself. Malcolm goes as far to even suggest that he could be the next Spike Lee, to which I say, have several seats. On multiple occasions, Malcolm talks about how furious he is about his work being seen as political, due to the protagonists of his film being black characters. When an artist’s work is seen from a political point of view, it’s because we as the consumers, assume they are taking a firm stand on an issue and letting their opinion be heard through said medium. However, if you are not sure of yourself and your voice as a person/artist/being, how are you then supposed to feel confident with your opinions and stances? Exactly, you can’t. Malcolm’s afraid to stand strong in his blackness, and his voice as a filmmaker, therefore his insecurity comes through when others tell him the message his film speaks to, when ultimately he’s not sure of the message he’s attempting to portray. I’m sure Spike Lee never had a problem being political.

Initially, Marie is the voice of reason, and is, dare I say, a “Mood” for how the audience is to receive the words of Malcolm. This movie may have been a romantic drama flick, but I laughed whole-heartedly seeing Marie lazily smoke a cigarette and give Malcolm the ultimate side-eye as Malcolm went off about his film. Malcolm can clearly see that Marie has something on her mind, and although she’s initially hesitant to speak her mind, he finally peels the truth from her lips, and we find out that ultimately she is upset that he did not thank her in his post-hit-movie-debut speech. Now, at first, I was slightly let down that the only reason she was moping around like a sequined-covered limp noodle, was all because of a moment of forgetfulness. Many people already felt a certain type of way about there being a 12 year age gap between the two, so having the young girl getting pissed over something so trivial wouldn’t have helped Marie’s character. However, we learn more and more about her as the two continue to cut each other down at the knee-caps with their words. We find out that Marie is not only a recovering drug-addict, but also she used to be an actress once before. Her acting dreams became more and more of an actual dream since her struggles with addiction stood in the way of her career, and it makes more sense why her and Malcolm are together. He is a filmmaker, and she is not only an actress, but also a muse filled with a plethora of trauma and pain, that also just so happens to make an amazing spec script. Malcolm is succeeding in the field that she has always dreamed of flourishing in, and she is incredibly bitter about that. Furthermore, to add salt to the clearly throbbing wound, he’s doing it at her expense, by using her tragedy to propel his work. She even says it herself. Marie has always known that Malcolm had no original ideas or voice, and she provided him with a perspective that he couldn’t even imagine to comprehend. Marie may have had her faults, but you have to applaud a girl who can read a room, and read her man.

Malcolm and Marie had some great aspects to it, the cinematography being the biggest highlight. There were also a few moments of comedic relief, including the way Malcolm scarfed down a bowl of Kraft Mac n’ cheese, and Marie’s hilarious depiction of the inevitable whitewashing of Malcolm’s career in entertainment. However, overall I think what really ruined this movie was how self-aware the lovers were. During an intense lover’s quarrel, emotions brewing deep inside them that they had no idea were lurking beneath come to the surface, and the words uttered from that moment on have a certain genuine spark to them. In this case however, Malcolm and Marie gave each deep, introspective tongue lashings towards each other, that felt oddly rehearsed and very very intellectual, but to a fault.

These two were on a whole other level of cerebral, and I’m not sure if that is the writer’s, Sam Levinson, fault, or if the actors’ weren’t delivering hard enough for us to not notice the brainy wordplay. Okay, who am I kidding, Zendaya is an incredible actress, and no matter who played Malcolm, the guy would’ve come off as a pretentious asshole, no matter what. Therefore, the true pretentious culprit in this scenario is Levinson, the screenwriter and director of this pandemic project. It was reported that this movie was put together in a single week, and frankly it shows. The film felt like a single drawn out scene, rather than a movie that had an overarching message with peaks and valleys.

There was a point in the middle of the film when Malcolm and Marie were approaching a settlement in one of their many disputes, Malcolm asked Marie what she wanted and if they were still arguing, since she said she didn’t want an apology, yet still was aggravated by him. By the end of the movie, we realized all she wanted was a sincere thank you, but up until the very last moment, the movie’s point was not clear. It just seemed like two distraught artists, expressing each and every amount of disdain and admiration for each other, with no clear reason why. Using a flawed relationship as the device to explore the complexities of resentment and love is a great idea, but when the dialogue is so grandiose and so self-aware, it takes you out of the fantasy and comes off more as a scene-study rather than a well-written movie. I mean honestly, if the two of them knew this much about each other, and hated so many aspects of each other, one makes you wonder why they even stayed together all this time? Then again, Marie said herself that the sex was incredible, so actually, I redact my statement.

Malcolm and Marie may not have been the romantic, melodrama that many of us were hoping for, or even asked for, but it is very much on the same wavelength as Netflix’s other covid creations. Ultimately the film gave more of an opinion on how Hollywood views and manipulates young talent, rather than exploring the tumultuous relationship between two lovers. Despite its cloudy message and overall inability to leave me feeling theatrically satiated, I’m content anytime I get to see two actors of color show exemplary work on my screen, no matter how stilted the material may be.

One thought on “Watercooler Reviews | Malcolm and Marie”