Off the Beaten Path | Love, Death & Robots S1E3 – The Witness 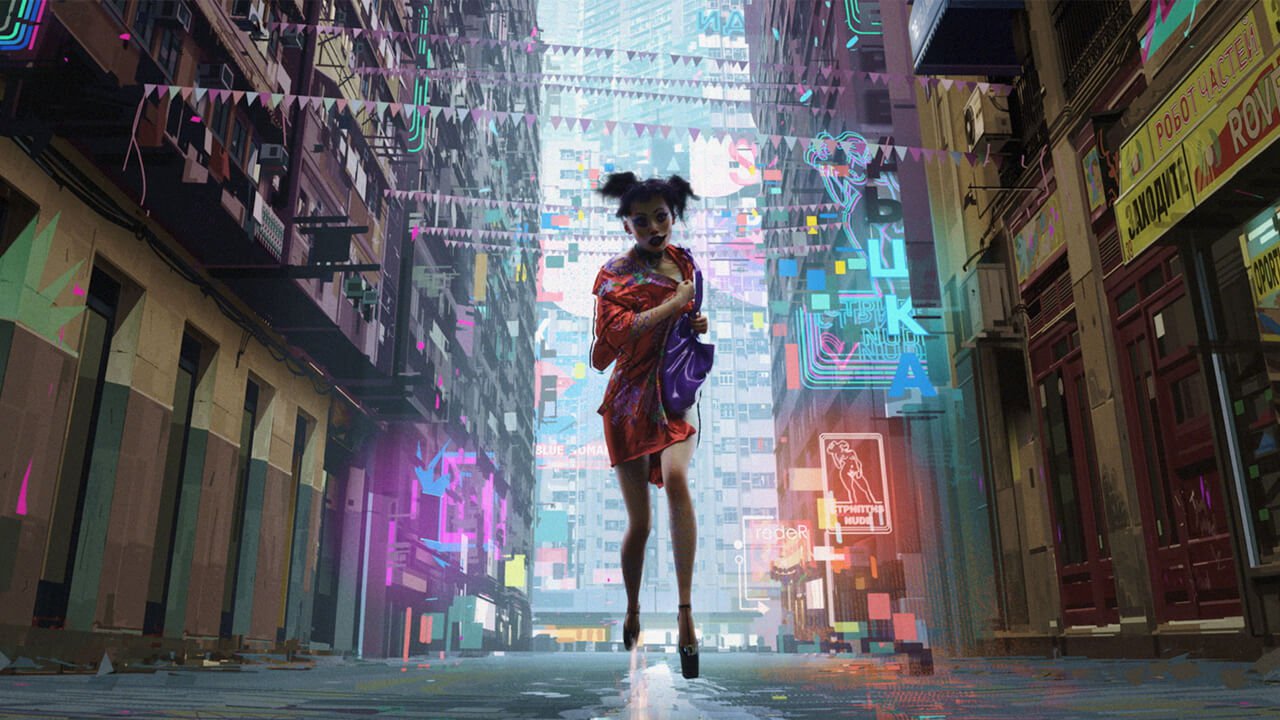 So far, we’ve covered the bland but entertaining Sonnie’s Edge, and the laid back Three Robots. Now, it’s time to cover what I consider to be the first true miss of the show, The Witness. What’s truly disappointing about The Witness is that it has promise.

The Witness is based not on a previous short story, but an original script by Alberto Mielgo. It follows a nameless woman who witnesses a murder in an apartment across the street from her window. The witness notices that the murderer sees her. Unbeknownst to her, the murderer realizes the witness looks exactly like his victim. The witness flees the scene with the murderer in hot pursuit, claiming all the while he just wants to talk. With no help from the authorities, the witness runs to a man named Victor for help, implied to be a gangster and her boss.

After a frankly bizarre dance scene, the witness gets a gun from Victor. After getting the gun, she runs into the murderer, and their cat and mouse game continues. Eventually, the witness returns to her apartment, where the murderer corners her. There’s a struggle, and the murderer is shot dead. Now here’s the kicker. The witness looks up and sees someone watching her. It’s a man who looks exactly like the murderer, watching from an apartment across the street. He flees, and the story ends just as it began.

Now it should come as no surprise, but on my first watch, this episode just didn’t click for me. In a way, it fell into the same trappings as Sonnie’s Edge, but harder. First and foremost, the upfront sexuality of the short is problematic. At least in Sonnie’s Edge, as problematic and clumsy as it was, it attempted to use sexuality as a way to characterize. The Witness, however, went straight into pure exploitation, with all the issues that brings.

Nothing makes this more apparent than the now infamous club scene. If I had to describe it, it felt like it was written by some 12-year-old boy who both wanted more naked women and to prove how edgy he was. The whole episode ground to a halt to showcase a nude dance scene performed by the witness. Some spandex-clad sex workers writhe on top of the murderer at the same time. On top of everything is a hard techno beat provided by a Ru Paul-esque figure portrayed as offensively as possible.  If anything, the only immediate purpose for it to exist was to titillate. It felt like it was there was to give the witness an excuse to be naked for the rest of the episode. If you were to cut it out of the short entirely, you wouldn’t even miss a beat.

What also didn’t help was the animation of The Witness, which was my other main sticking point. Just like the first two episodes the animation, provided by Pinkman.TV is 3D CGI. What makes it problematic to me at least is that compared to the first episodes it just feels off. It’s somehow both too realistic and not realistic enough, and made me think of the uncanny valley. That feeling was then cranked up to eleven once the club scene started, and it soon felt like some kind of fever nightmare (maybe that’s what the creators were going for?).

My rewatch of The Witness felt a lot like my rewatch of Sonnie’s Edge. The negatives stayed the same, while some positives shone brighter. For example, I found that if you look at act one and act three alone, you have a pretty taut thriller. I mean, who wouldn’t be freaked out after watching a murder, and who wouldn’t be pissing themselves from fright when the murderer pursues you with the dogged determination of a classic film serial killer?

And that twist. Oh man, that twist. It turned what was a tense story into a nightmarish loop that makes the whole of Groundhog Day positively quaint in comparison (and I’m including all of Phil’s suicides in this). I bet there’s close to as many think pieces about the implications of the end twist out there as there are about how fucked up the pervasive sexual issues are, and that’s saying something.

Sadly though, unlike with my rewatch of Sonnie’s Edge, the brighter shining positives don’t outshine the negatives that darken everything about The Witness. The club scene halts all forward momentum the episode has, somehow making a 12-minute episode feel too long. I’d go as far as to say it all but guarantees only the most hardcore exploitation fans will enjoy the experience.

Like, I understand that they needed the witness to procure a gun, but they could have done so in a way that at least kept narrative momentum, and that’s not even getting into all think pieces about its problematic nature. In the end, I’m ultimately disappointed. Underneath all the problematic bullshit of the short, I see the skeleton of a taut thriller with a great twist, but it’s sunk by the baggage it decided to give itself.