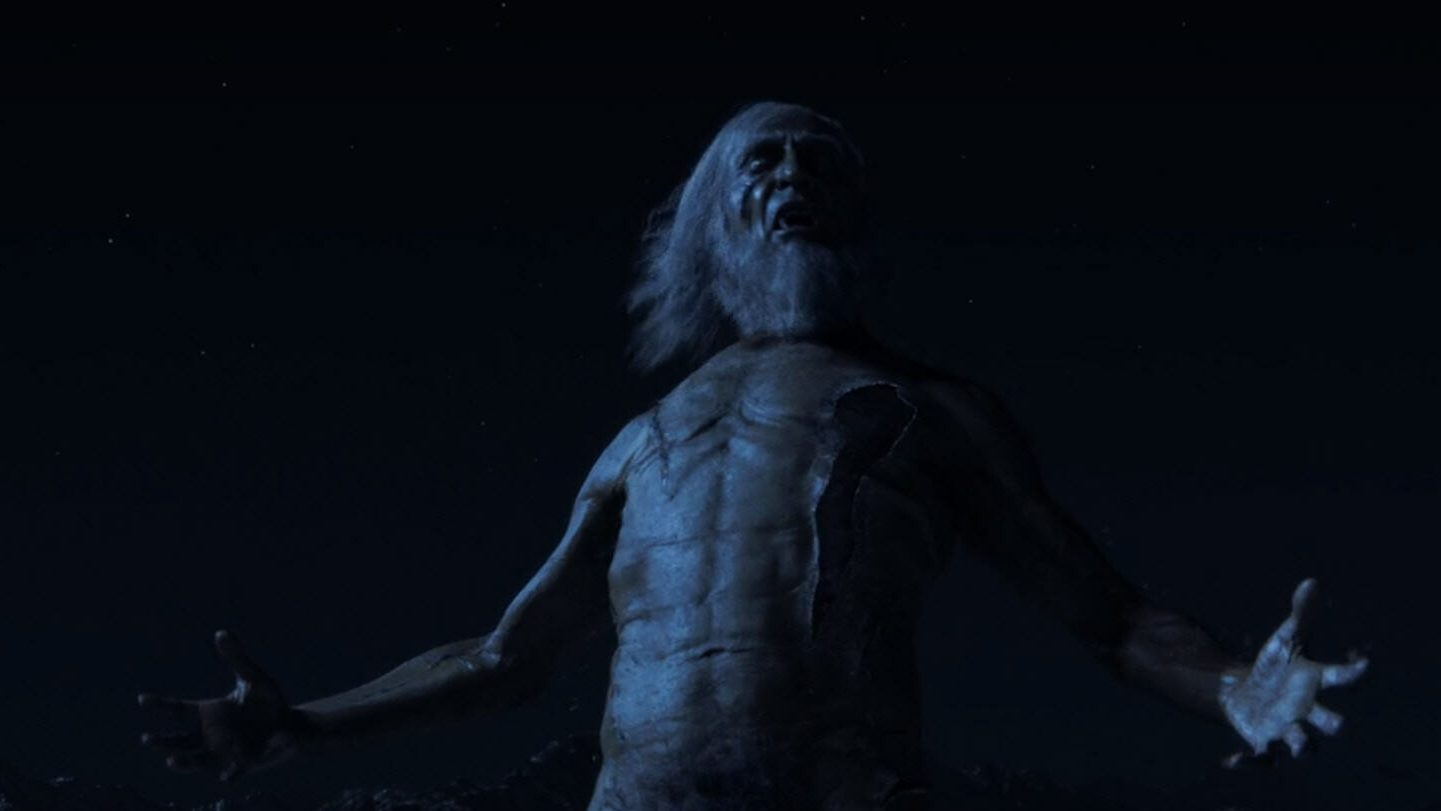 After the stumbling block of The Dump, we have officially crossed the halfway point of Love, Death & Robots S1. I don’t know about you, my incredibly awesome and beautiful reader, but I could go for a return to the basics for a good reset after 9 episodes. Luckily for us, we have Shape-Shifters to usher us into the second half of the season. This is an episode that doesn’t fall to the front of the pack like some of the others I’ve reviewed so far but is still a very fun experience. So let’s dive in.

Based on a short story by Marko Kloos, Shape-Shifters is about out and about werewolves fighting in Afghanistan. Our hero is the werewolf Lt. Decker of the US Marines. We start with Lt. Decker and his werewolf comrade, Sgt. Sobieski, escorting an armed convoy through hostile territory while joking with each other. Decker gets shot by an enemy sniper, which the convoy quickly knocks out after Decker uses his enhanced werewolf senses to locate the assailant.

Back at the base, Decker and Sobieski make the best of it, trying to enjoy some off time while being antagonized by their fellow marines for being werewolves. Later Sobieski is assigned night guard duty up in a nearby watchtower. That night, the watchtower comes under attack. After some initial resistance from his superiors, Decker is allowed to race ahead of the backup convoy to help those under attack.

Once at the tower, he finds that everyone has been mauled and ripped apart, Sobieski included. Decker concludes that the culprit must have been a Taliban werewolf. The next day, Decker leads a search party through a nearby town, looking for the werewolf by tracking its scent. His orders are to capture the werewolf. Instead, Decker goes AWOL later that night. In the desert, he confronts the werewolf, an old Afghani man he saw in the village earlier, along with a younger Taliban werewolf.

Under the moonlight, the three werewolves assume their true forms and duke it out. After an intensely bloody and close battle, Decker comes out on top, injured but alive. Decker arrives at the base, largely recovered from his battle. He then leaves the base with Sobieski’s body, leaving behind his fellow soldiers in disgust to give Sobieski a proper burial in the Afghani countryside.

When I first saw Shape-Shifters back in March, it was one of those that I thought was entertaining. Despite that, I found it unremarkable compared to some of the other episodes, so it fell between the cracks. In a move that feels like it’s becoming pretty standard for this rewatch, my opinion didn’t change a ton. That said, I did like this episode more. What I did realize from this rewatch is what makes this episode work, which is quite a bit.

The world-building is on point. It’s recognizable enough to our world where we can easily plugin. Even the added elements, in the form of werewolves, are presented in a way that makes it easy to buy they’ve long been a part of the world. This brings us to the meat of the episode aka the werewolves themselves.

Decker and Sobieski are an entertaining duo to watch from the very first scene. Throughout the episode they share witty dialogue that highlights the differences in their personalities – Decker is the blue oni to Sobieski’s red oni – yet also highlights that they are true brothers in arms. As the episode goes on, we see their friendship is also born of necessity. As the only werewolves in the base, they need to cover each other’s back, since their fellow marines are highly discriminatory towards them and are just as likely to let them get killed as to help them. Once Sobieski is killed and his only emotional support gone, Decker quickly leaves his unit behind, and I think it’s entirely understandable why.

I’d be remiss if I didn’t bring up the other aspect of the werewolves themselves. Namely, their brutal effectiveness. The first scene also clues us into how effective they are. Decker gets shot by an unseen sniper, dodges another bullet using only his reflexes, and pinpoints where the enemy sniper is using his enhanced senses. All of this happens in seconds, and while he’s in human form. He isn’t even impaired by the bullet wound, which fully healed in an hour. In other words, the intro scene is very effective at setting up just how dangerous these beings can be.

The episode then keeps upping the ante. First Decker there’s the scene where sees the gory handiwork of the Taliban werewolf which is an effective horror scene, the only pure horror scene in the episode. Then there’s the final battle between the three fully transformed werewolves, probably the best one on one action scene in Love, Death & Robots S1 so far. You get a sense as to why these werewolves are both desired commodities for carrying out war while deeply feared and hated by those very same people.

Which brings us to what’s arguably the weak points in the episode. My first minor quibble is the animation. Provided by Studio Blur – the animators of Sonnie’s Edge and Suits – it’s once again 3D CGI. It’s probably the best-looking life-like animation so far. That said, when compared to other shorts that feature unique animation it can come across as bland. But again, that is, in the end, a minor quibble.

The biggest issue in my mind is the anti-discrimination messaging (editorial note, I don’t condone discrimination of any form). Throughout their time in the marines, both Decker and Sobieski are continually discriminated against by everyone around them, regardless of how helpful the werewolves are to their fellow soldiers. It varies from insults to questions about their effectiveness from their direct superiors, to outright physical violence from their fellow foot soldiers. It brings to mind the ugly nature of discrimination and the harm it causes to the individual, which is in itself a noble pursuit.

My sticking point with the message are the werewolves themselves. While I don’t condone discrimination, I understand why the werewolves are hated by regular humans compared to minorities in real life that are discriminated against. I mean, the werewolves can be fucking terrifying, and Shape-Shifters goes out of its way to show just that. It’s the same issue that plagues the X-Men franchise as a whole. That said, it’s not going to wholesale derail the message Shape-Shifters displays, but it is an issue that subtly undermines it when you think about it.

So the recap my thoughts on Shape-Shifters, it is an episode that has some conflicting messaging, but it is nonetheless very fun to watch. Under the umbrella of a war movie mixed with supernatural horror, we get an action-filled portrait of individuals fighting not only an external enemy in the Taliban but an internal enemy in the institutions that treat them as pariahs for who they are. While not as successful as episodes like Good Hunting, it’s an episode that will be remembered fondly.