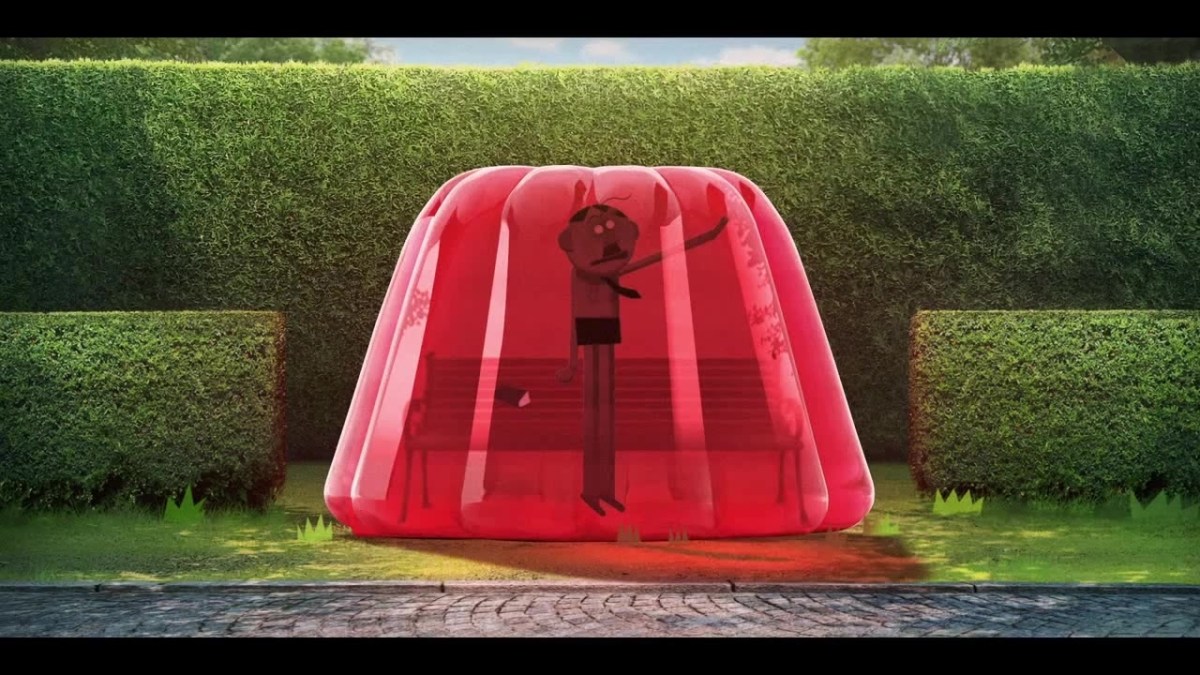 With only two episodes to go after a, well let’s say nice, breather episode in Ice Age, it’s time for another breather episode in Alternate Histories. Now, this is an episode for you if you loved any of the Anthology of Interest episodes of Futurama since that is essentially what this episode is. Plus there are the repeated deaths of Hitler, which are always fun.

Now I bet you’re asking “Joe, is this breather better than Ice Age?” and “Joe, why are there two pallet cleansers in a row?”. I can’t answer that second question for you, you’ll have to ask Tim Miller and David Fincher for that. As for the first question, I’d have to say, slightly, and I’ll tell you why.

Based on a short story by John Scalzi (author of my favorite comedies Three Robots and When the Yogurt Took Over), Alternate Histories acts as a demo video for the new app Multiversity. Multiversity is an app that lets you look at alternate histories based around any event in the multiverse. For the demonstration, they ask one of the most popular questions, “what would happen if Adolf Hitler died while still in art school?”, and examines how history has changed. Each scenario starts with a young Adolf Hitler’s death and ends with the first Moon landing.

The first scenario is fairly straightforward. In it, Hitler gets beaten to death leaving art school, causing WWII to start in 1948, and ends with Neil Armstrong on the Moon. The second scenario starts with Hitler getting run over by a bratwurst carriage. This causes a chain reaction, causing Germany to adopt motorcars earlier. This leads to Germany becoming a technological superpower and winning WWI and ends with the Germans on the Moon by the end of the 50’s.

The third scenario is when they start getting nutty. It starts with Hitler asphyxiating in weaponized gelatin accidentally fired by a secret Russian superweapon. The Russians then use the gelatin superweapon to quickly win WWI and every subsequent war. Thus they become the sole world superpower and Putin becomes the first “real man” on the Moon in the 90’s. The fourth scenario is Hitler being fucked to death by trans-dimensional prostitutes. These prostitutes then teach mankind the secrets of peace through free love that transcends time and space. Thus it ends with the first woman on the Moon in the 90’s.

The fifth scenario starts with Hitler being the first victim of a superweapon that wipes out humanity. This first leads to the development of a society of intelligent rats. The rat society starts as a perfect democracy but falls to fascism and mutually assured destruction. This then leads to the development of a society of super-intelligent squids, which land on the Moon 2 million years in the future. The last scenario has Hitler caught in a crossfire of future traveling fascists and anti-fascists. These factions are then both wiped out by a time-traveling Hitler, which causes a Universe destroying time paradox. After resetting the app, Multiversity asks what you want to look up, ending with the user asking “what if Lincoln shot first?”.

Safe to say, this is probably the goofiest episode of the show. That said, after I watched it back in March, I didn’t ever rewatch it like I did Three Robots and When the Yogurt Took Over. Again, Alternate Histories is like the Anthology of Interest episodes of Futurama. Namely, they can be amusing but they don’t amount to much besides a fun diversion. Watching this again the other day, I found it funnier, but still not as great as the other episodes based on Scalzi’s works.

Probably the biggest thing that struck me upon my rewatch was the narrative device of the episode being a tech demo. I had completely forgotten that aspect and thought the episode was just 6 dumb ideas about what would happen if Hitler was killed. Thus I was pleasantly surprised when the episode provided a narrative framework to show off these scenarios. The animation provided Sun Creature Studio complemented the story well, just like the animation for When the Yogurt Took Over. It’s fun and distinct, complementing the inherent goofiness of the scenarios.

If I had one major issue with this episode, it would be the lack of narrative substance. Compared to Three Robots and When the Yogurt Took Over, Alternate Histories is comparatively sparse both in ideas and themes. For example, behind the absurdity of When the Yogurt Took Over, we get to look at a situation where an AI can take over humanity without the use of violence. Three Robots lets us see how other types of intelligence look at humanity, giving us a fresh perspective of ourselves in the process.

Alternate Histories doesn’t have that. All it does is give us the idea of infinite realities to create the goofiest scenarios. It’s a fun playground for ideas and hypotheticals, but it lacks a kind of narrative backbone. This is due to focusing on multiple ideas instead of sticking to one idea and building a narrative around it. Since there is no narrative backbone, your enjoyment of the episode rests on whether or not you like the individual scenarios.

To me at least, each of the individual scenarios was fun, though I started to question the scenarios post gelatin (which was my favorite scenario). This is largely because I don’t know if Hitler’s death was necessary to establish the scenarios. For example, the super-intelligent rat and squid civilization scenario doesn’t feel like it would have mattered if Hitler died first like some of the others.

So in summation, like all the episodes based on Scalzi’s stories, Alternate Histories is another fun sci-fi comedy that revels in absurdity. Unlike the other Scalzi episodes though, this one feels like it’s lacking, concentrating on ideas over a single narrative. That said, I can see the potential of Multiversity in sequel seasons of Love, Death & Robots – I’d love to see what happens if Lincoln shot Booth first – and welcome it. That is, as long as they add in a narrative backbone.