Now, before you say anything - I know what you're thinking. Why did he spell Amy Adams' name wrong? It's not Emmy Adams! Yes, actually, it is. I did that on purpose. Anyone who knows me well will know that Amy Adams is my favorite actress. I call her "Emmy Adams" because of her magnificent performance in the HBO series Sharp Objects. Based on the Gillian Flynn novel of the same name, Emmy Adams performed in the lead role of that series and was nominated for an Emmy, and rightfully so. She should have won, in my not-so expert opinion. This article is not justice for Emmy Adams for this particular performance. Although, we might as well lump together all the Emmy Adams performances that were deserving of awards. We are here because she is in the news lately for the wrong reasons. 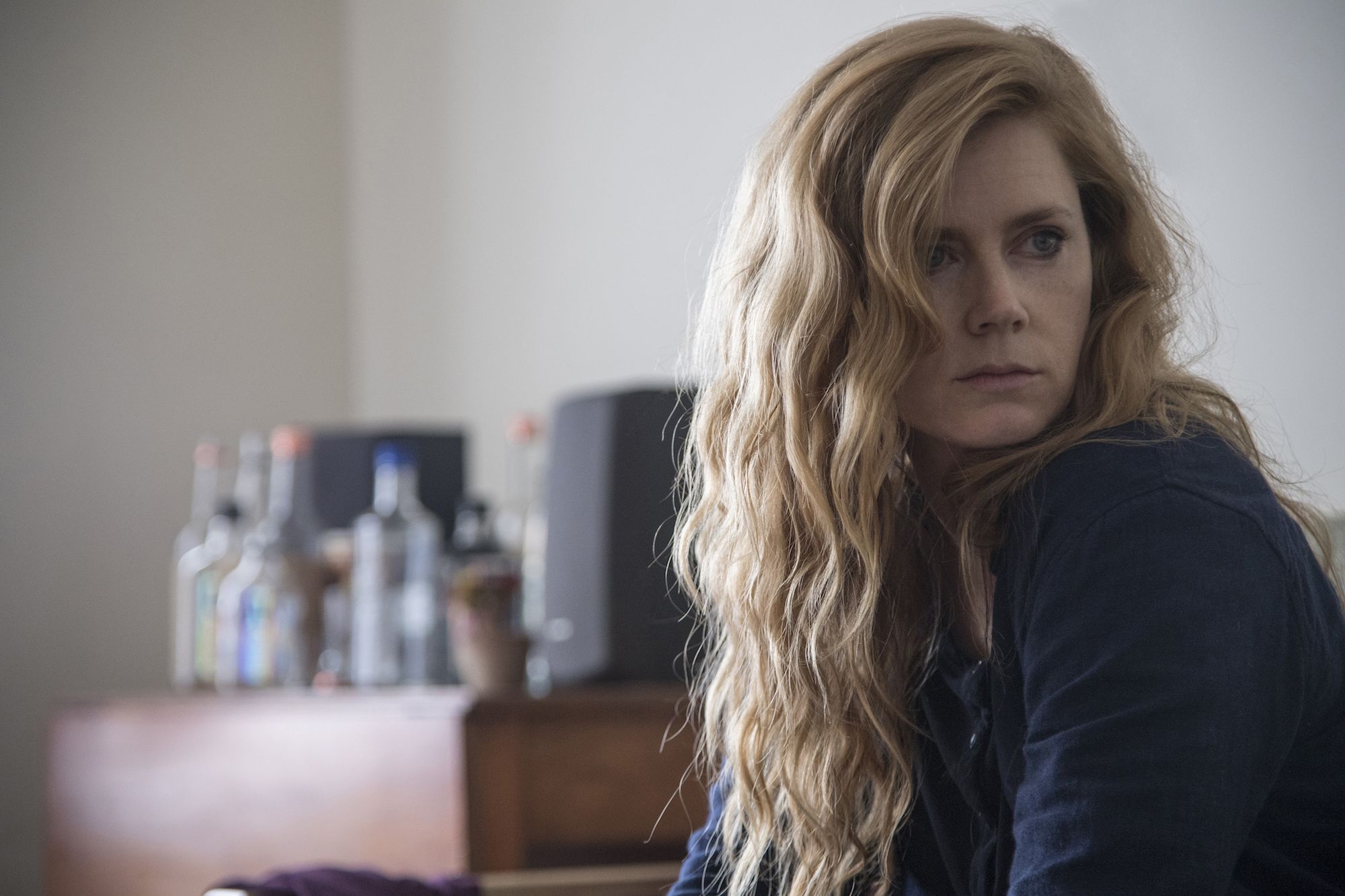 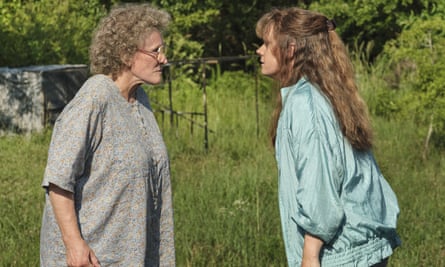 This article is moreso concerning Emmy Adams' recent performance in Ron Howard's latest film, Hillbilly Elegy, which has been widely panned by critics. Not to mention, critics have also been panning Emmy Adams' great performance in the film, citing that she may earn a Razzie for it rather than an Oscar nomination. Emmy Adams is famous for earning Oscar nominations, and not winning them, throughout her long and agreeably successful career as an actor. What's more, she is only second to Glenn Close, ironically her co-star in Hillbilly Elegy, for most Oscar nominations without a win in Oscar history. What's even more heartbreaking, is that Emmy Adams and Glenn Close are arguably the only great parts about the film, and they won't be getting their due come Oscar time. For the full history on the 'Justice for Emmy Adams' movement, we have to Tarantino this shit, and go back to the beginning.

There once was an actress who was done dirty so many times by the Academy, and the Emmys, that I even have to be writing this damned article. But, here we are. We live in a world where talent and achievement in film acting is not only unrewarded, but also not even recognized. Emmy Adams saw her breakthrough when she was nominated for an Oscar for her role in the 2005 film Junebug. After this, she went on to lead the film Enchanted (2007) where she would land a Golden Globe nomination. Her string of successes would only continue once Hollywood saw her as a leading woman. She then was nominated for Best Supporting Actress in Doubt (2008), The Fighter (2010), The Master (2012), and Vice (2018). She also received a nomination for Best Leading Actress in American Hustle (2013). This is where the trouble begins. Not just being nominated for these roles and not winning, but for the happenings in between, as well. 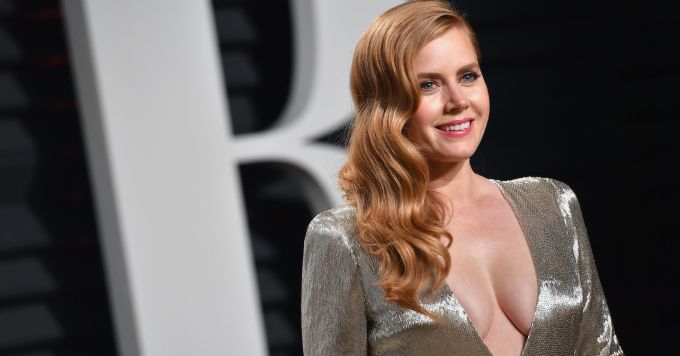 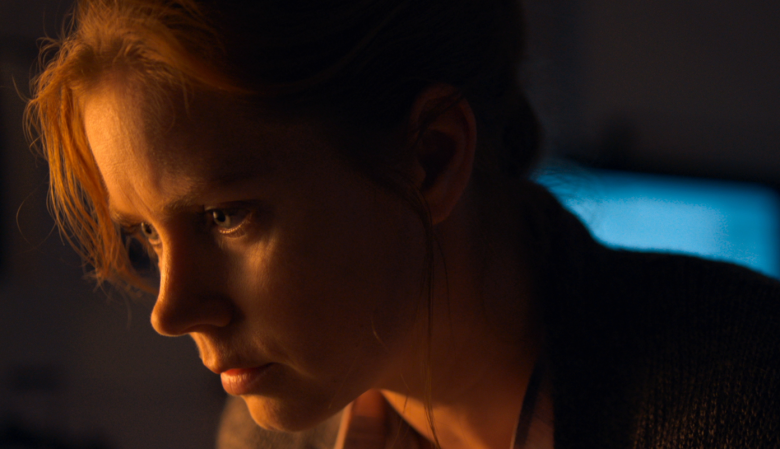 This was not only a great year for the Chicago Cubs, but it was also a fantastic year for film. Almost too fantastic, if you ask our Queen, Emmy Adams. What I mean by this is that Emmy Adams had performed in two Oscar-worthy films with two more than Oscar-worthy performances. What I am referring to, of course, are Arrival and Nocturnal Animals. Even if one prefers the Arrival performance over the Nocturnal Animals performance, sure, I'll buy that. But, she wasn't nominated; for either film. In fact, her snub was so bad that a list had mistakenly put her name up for a nomination because they were all but sure she would secure that spot, but it was promptly taken down, adding insult to injury. This poor woman!

Rumors would have us think that the Academy had split the vote between both performances, leaving her high and dry for a single nomination. Which makes sense if you think about it. But, how fair is it to be left out completely for having two performances worthy of recognition? When you are deserving of at least one nomination, more like two, and your reward is to be shut out. Actors should be honored for their achievements, not screwed over. Director Denis Villeneuve of Arrival was quoted saying he was "profoundly sad" that she missed out on a nomination that year, as she was "the soul of Arrival." And who can argue with that?

We're only left to wonder the big year that could've been for Emmy in 2016. The true best actress performance not even receiving a nomination is unthinkable, but yet, happened anyway. So, the question is, what's next for Emmy Adams at this point? Emmy Adams went on to receive an Oscar nomination for Vice (2018) and then her Emmy nomination for Sharp Objects, giving her this newfound nickname. We can all guess what happened for her this year, as well. It's hard to argue with the results, though, as Michelle Williams won for Fosse/Verdon, which was fantastic, by the way. Also, Regina King won Best Supporting Actress over Emmy for If Beale Street Could Talk. And again, hard for me to argue that as well, as she was stellar in that film. And, famously, Olivia Colman for The Favourite (my favorite film that year) won in an upset over Glenn Close for The Wife, which was pretty much tailor made for her and her Oscar was all but wrapped up for her in a bow that year. So, the question remains: when, in all that is holy, will Emmy Adams win her ever elusive Oscar? 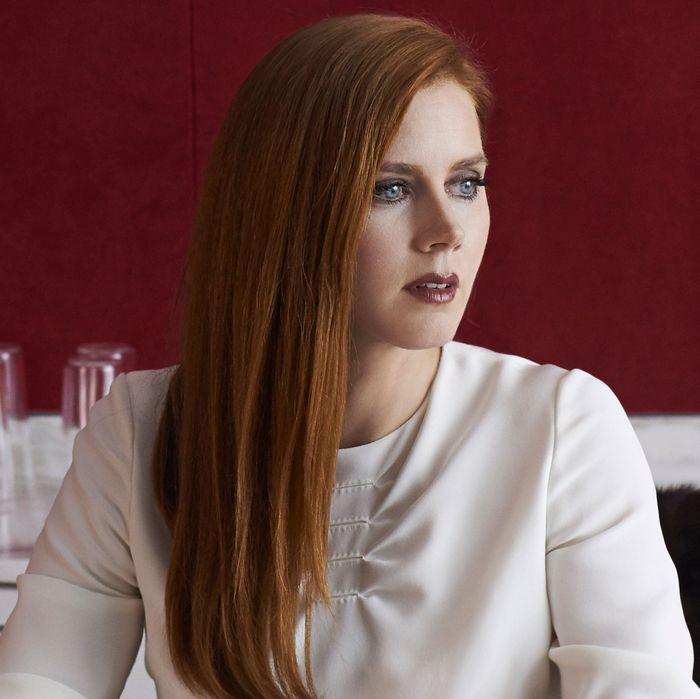 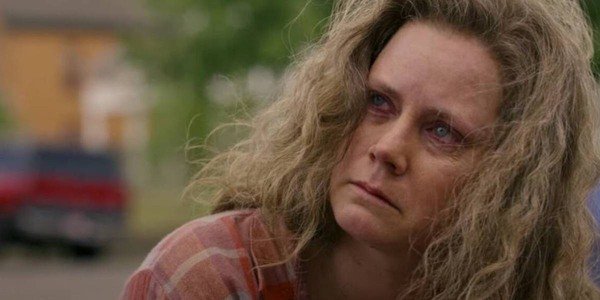 That pretty much catches us up to the present day. Emmy Adams presumably took a year off from acting in 2019 (I missed her, and Ryan Gosling this year) but came back with a vengeance in 2020 with one goal in mind: give me that Oscar! Hillbilly Elegy was going to be the way she and Glenn Close would do that. Possibly with some category fraud, the two would have their chance at their respective forbidden golden statues. I have seen the film. Yes, it's true what the critics are saying. It stinks. Which is painfully unfortunate for the two actresses because they put in some of their trademark work here. We all know that Glenn Close and Emmy Adams are exceptional, or at the very least, good in everything they're in. It's all going to be dependent on how the film is campaigned and marketed to the Academy. The only shot it has is in the acting category for both actors. I don't see it being nominated, let alone win for anything else. Yes, it's that bad. It seemed to me that Ron Howard phoned it in directorially. The screenplay stinks to high heaven and the editing felt like a run-of-the-mill Hallmark movie. I could go on, but that's not why we're here.

We are here to bring justice to Emmy Adams for the years of snubs, the years of heartbreak, the years of toiling, trials, and tribulations Emmy has had to suffer at the hand of the Academy (and the Emmys) all because she's just too good for them. And maybe that's it! Perhaps it's all because Emmy Adams has transcended the art of acting, ascended to a level of not caring about these snubs and losses, of being above the awards shows. She doesn't need these awards to tell her that she's a legend in the craft. The best thing about Emmy Adams, is her humility. She would probably never tell anyone that she was wronged by the Academy or anyone else and that she deserved these awards over the other actors. She's such a great person that she would never have a shred of bad press about her because she would never bad mouth or complain. Good things come to those who wait, and work hard. Her hard work and dedication will be rewarded in the long run, all we have to do is be patient with her. It's hard to when she's continually raised up just to be let down.

In due time will she see her justice brought to her. 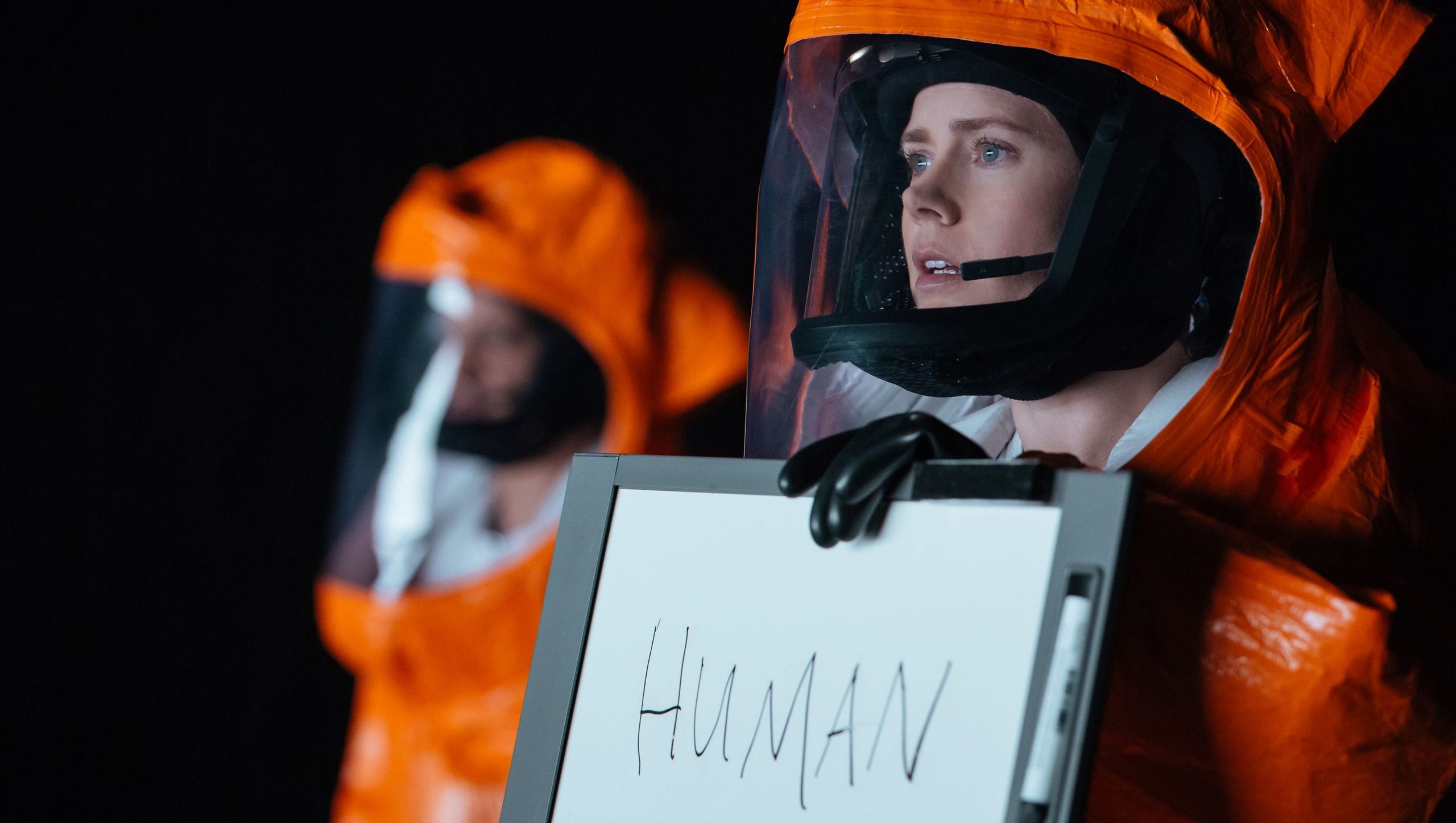 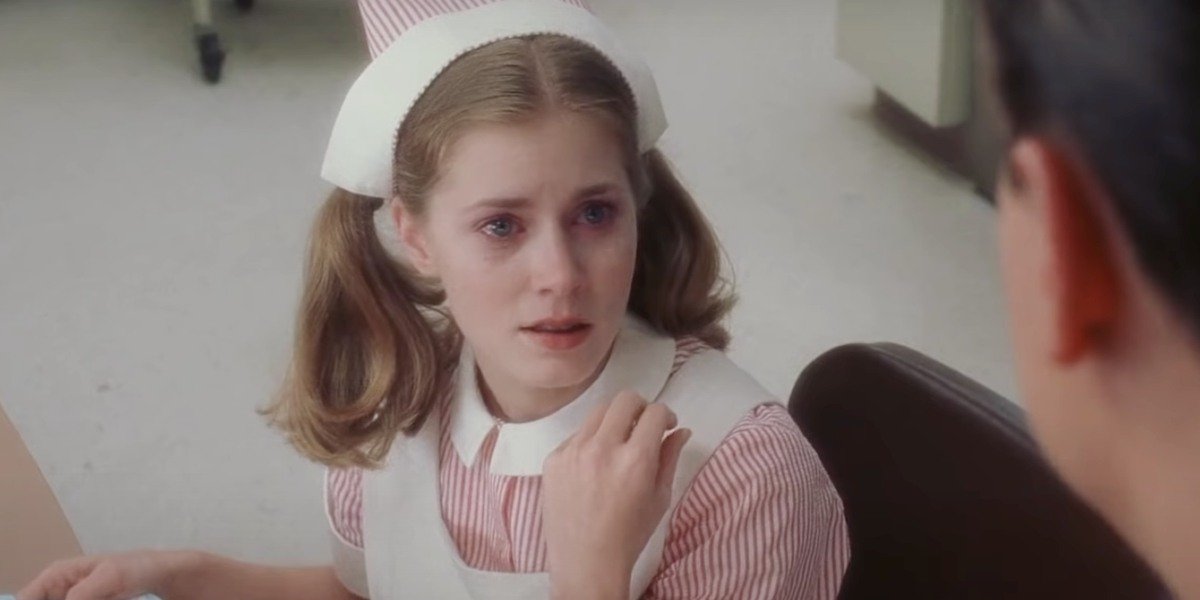 This is how she must feel at this point.

I will close with this. Emmy Adams has been struck down by these awards shows for far too long. It's high time she be given her due. She has more than earned her Oscar over the last decade and a half and these subsequent years of Emmy killin' it will pay dividends. Is her performance in Hillbilly Elegy worthy of the ever-coveted award? Maybe not. But it's certainly not deserving of what some seemingly trusted critics are saying is a Razzie-esque effort. What I ask, nay, demand of the Academy (and other Awards ceremonies) is that Emmy not be given a Razzie before an Oscar. If this happens, and mark my words, I will light myself on fire in front of the Dolby Theatre.

Amy (Emmy), if you're reading this. Just know that I love you, I support you, and I believe in you.

Academy, you know what to do here.