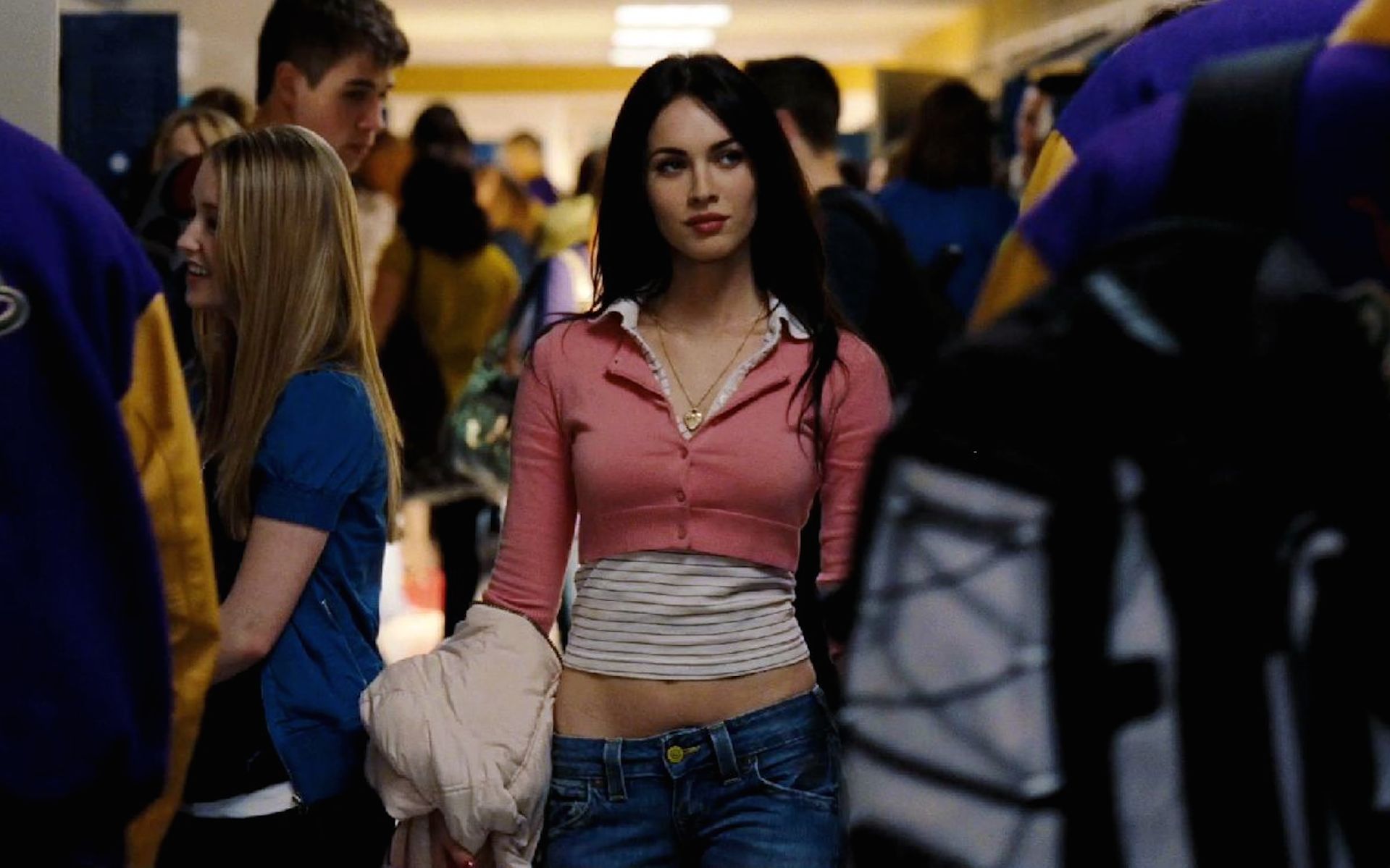 Before diving into this essay I need to give a disclaimer- Jennifer’s Body is my favorite movie. Hands down, full stop, I love this movie more than any other. Therefore, this essay may be a little clouded by my adoration.

That being said, I think Jennifer’s Body is a victim of its times, its marketing, and the misogynistic idea that women are expected to satisfy the male gaze.

I had to read the script for Jennifer’s Body as a sophomore in college. Admittedly, I wasn’t very excited. Horror movies just aren’t my thing, I’m afraid of my own shadow, but I went in with the prayers that we wouldn’t be watching the film next week in class.

God, imagine the surprise in my 19 year-old head as I devoured this script that I felt like was meant for me. For the first time, I felt like this movie was blasting a side of femininity that I was taught to be ashamed of in front of a massive audience.

And this movie got made.

Imagine my surprise when I read the reviews.

Now, the internet is much nicer to the film, hailing it as an LGBTQ+ cult classic, but in 2009 the general audience wasn’t looking for a movie made by women, for women. Shocking. The Chicago Reader opens their review with a bang: “Jennifer’s Body has a basic rape-revenge plot,” (1). The review finishes with stating the film has “no idea what it’s doing,” and leaves it at that. At the time, I’m sure this was the general consensus of the film.

I am no film critic, and I don’t think I have much ground to stand on when discussing the reviews of other critics, but this review, by Noah Berlatsky, praises the performance of only one actor in the film, Adam Brody. A man.

If it hasn’t been made clear to you by my previous essays, I tend to be an emotional person, and by proxy, form emotional bonds with the media that I consume. The perfect storm that Jennifer’s Body whipped into my teenage life helped me come to terms with the questions surrounding friendships I had never before seen explored in film. The characters of Jennifer and Needy are so realized in their relationship, that the viewer volley’s between who to root for. Needy is insecure in both herself and her attachment style, her prioritization of Jennifer’s social needs over her own represent the fear of losing friends you believe are too good for you, or never liked you in the first place. She’s insecure, unsure, and hinging her happiness exclusively on the perception Jennifer has of her.

Jennifer, while seemingly selfish and conceited on the surface, has a level of vulnerability all to her own. While the lie that seals her fate as a succubus seems small, it sticks with me as a reminder of the fetishization virginity holds when one is hungry for power. Although less obviously, Jennifer is attached to Needy, most explicitly shown when Jennifer goes after the one person who has more pull over Needy than she does- Needy’s boyfriend. And while the topic of Jennifer’s sexuality has been both praised and criticized, I do feel it necessary to mention that the kiss the girls share was not written to satisfy the gaze of the male audience.

Jennifer’s Body explores the complexities of teenage girl relationships through the lens of a horror film. It tackles the concepts of jealousy, dependency, toxic relationships, and power imbalance all while remaining funny and fast paced. The enemy of the film isn’t Jennifer, but instead the power hungry white men indie band, seemingly predicting the career slide many bands of this genre slipped down when the Me Too movement exploded onto the entertainment scene. Toxic masculinity in music is rarely explored, even within its own genre, yet Jennifer’s Body manages to tackle the attitudes so much of the scene holds in high regard through the eyes of the people it is most harmful towards.

With all that being said, the marketing decisions the team at 20th Century Fox made cemented the movies initial disapproval of audiences. Seemingly focusing solely on the film’s lead, the recently skyrocketed Megan Fox, and without regard for the content of the film itself, Jennifer’s Body was marketed as a sexy horror film ripe for the 18-25 male audience production companies love to pander towards. When the male audiences saw pop punk villains who looked like their idols, and a woman using their bodies as nothing more than food, I can’t imagine they were all too excited.

I know the movie isn’t perfect, however it manages to tackle issues that filmmakers now struggle to convey in a graceful manner, if even at all. In film, the relationships between women are too often used as a way to bolster the plot of the leading man, highlighting either the toxicity women’s relationships stereotypically hold, or how weak women’s relationships are in contrast to men’s. Its social relevance alone makes it a must see, let alone the perfectly delivered comedy and moments of true horror that take it to the next level.

Although not making the final cut, Jennifer’s Body does have the best scene ever captured on film.

“How can you say that? You’re killing people.”

“No, I’m killing boys. Boys are just placeholders, they come and they go.”