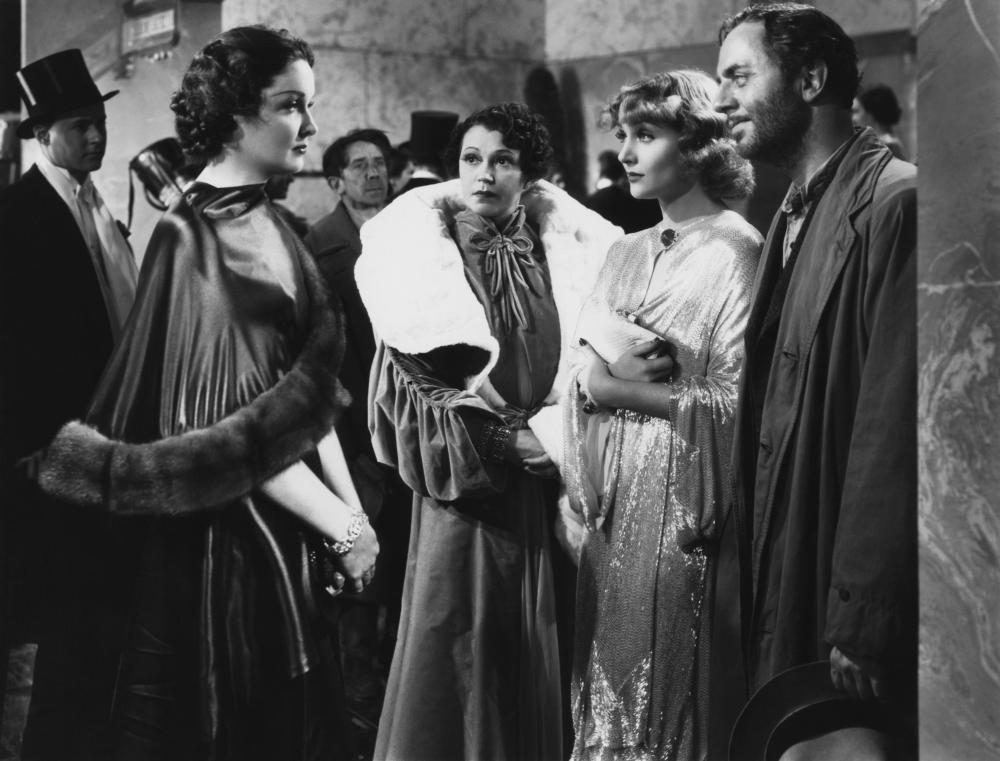 Hello again! If you missed my first post, know then that it is the year 10191. The known universe is ruled by the Padisha Emperor Shaddam IV, my father. In this time, the most precious substance in the Universe is the spice melange. The spice extends life. The spice expands- AAAHHH I’m just fuckin’ with ya. In summation, I look at movies through the lens of filmmaking, focusing on a couple key aspects the movie in question excels at and running with it for probably too long. Last time it was working with different film mediums in Cheryl Dunye’s 1996 film The Watermelon Woman, now it’s knowing your characters and their relationships in Gregory La Cava’s 1936 film My Man Godfrey. Bet your zig didn’t see that zag coming, huh?

If you’ve never seen My Man Godfrey, odds are you still have. It was an immensely influential rags to riches-esque class satire and your grandparents probably had it on VHS. The story follows a homeless (or “forgotten” as they like to say) man being hired as a butler for an insufferable family of socialites, the Bullocks. The forgotten man is Godfrey, played by the one and only Thin Man, William Powell. Lesson #1: If you can cast William Powell, cast William Powell.

For a movie that’s 84 years old, My Man Godfrey miraculously still plays today. A large part of that is due to William Powell. He’s not exactly stretching here (though he got an Oscar nomination for it so what do I know?), putting on the same cool tempered and affectionately acerbic persona he did for Nick Charles in the Thin Man movies. This isn’t a complaint; after The Thin Man in 1934, Powell was a known commodity. Godfrey is adapted from the book 1101 Park Avenue by Eric Hatch. I haven’t read it but I HAVE read Dashiell Hammett’s 1933-34 (it was originally a serial) The Thin Man and while much of the dialogue is shared between the page and screen, the page’s Nick Charles reads very differently from the screen’s because of Powell. His perpetually calm presence never ceases to electrify and delight. All this to say that when you have an incomparable talent, write to their strengths.

My Man Godfrey is filled with wonderful performances, though. From 30’s/40’s screwball comedy staple Eugene Pallette as the Bullock’s sensible but short tempered patriarch to Alice Brady (ALSO in an Oscar nominated turn) as the ditzy and borderline deranged matriarch to Mischa Auer (in Oscar nominated performance #3) as the matriarch’s pretentious freeloading protegé; Godfrey knows how to play attitudes against each other. That’s really all the movie is: Humorous and/or manic clashes between humorous and/or manic people. There’s no real drama here but it’s so much fun that its already brisk run time FLIES.

The (Oscar nominated) script by Eric Hatch and Morrie Ryskind understands its characters. Their strengths, their limitations; ESPECIALLY their limitations. As detailed in a brilliant video essay by the unfortunately now defunct YouTube channel Every Frame a Painting, the famous Looney Tunes animator Chuck Jones strongly believed in disciplines. Stringently maintained and strongly formed foibles and flaws that the characters are slaves too. This is necessary in all comedy (and all storytelling really but guys, we just gotta get through this). It is the foundation for farce, the inspiration for satire, and to the broadest extent the key for empathy. For context within My Man Godfrey, the Bullocks are broadly drawn terrors. To spend an hour with them in real life would drive the sanest of us bug fuck nuts. They are dictated by their distorted personalities but whenever they are challenged or humbled, their humanity is evident and endearing. Know your characters and their disciplines and you can get a great deal farther than you might expect.

There’s yet a fourth Oscar nominated performance in My Man Godfrey: The inimitable Carole Lombard as Irene, the youngest of the Bullocks’ two daughters. She’s the one that hires Godfrey and promptly falls in love with him. Lombard was an incredible talent, tragically gone far before her time (I highly recommend her last movie, Ernst Lubitsch’s 1942 film To Be or Not to Be). Irene is a tour de force performance. She is the film’s beating heart and should be intolerably annoying with her spastic mood swings and entitled whining. Lombard avoids being such by playing the role’s larger than life aspects with a dryly tough underpinning. She knows exactly who and what Irene is. However, Irene is also my biggest gripe with the movie.

The other sister, Cornelia played by Gail Patrick, is the film’s main antagonizing force. Cornelia has it out for Godfrey (in her own petty ways) because of a slapstick incident she fell victim to during their first meeting. Cornelia is a sarcastic, conniving brat but Patrick holds herself as the ill-meaning equal of Godfrey. They make perfect rivals and by story’s end, they’ve developed an understanding and appreciation of one another that’s genuinely touching and cathartic.

I’m going to spoil My Man Godfrey now but 1) you know where it’s going and 2) you’ve had 84 years to watch it so hush the fuck up. What’s my gripe? The movie doesn’t know its love story. Frankly, I don’t think My Man Godfrey needs a romantic subplot. By the end when Irene affectionately strong arms Godfrey into marriage, it rings weakly. As a comedic payoff, it is funny and in character with a great final line but it doesn’t satisfy. It is only ever obliquely alluded to that Godfrey MIGHT have SOME feelings for Irene. It’s poorly developed and frustrating. This might be because Powell and Lombard were each other’s ex-spouse (Powell suggested Lombard in spite of this fact) but their romantic chemistry is almost nonexistent. If romance simply HAD to be in the cards, the two characters that should have ended up together were Godfrey and Cornelia. They have the most tension, the most payoff between them. It should be their romance. So know your love story. Make sure that if your characters get together at the end, they SHOULD get together at the end.

There’s a strange aversion these days to older cinema. Indeed a lot of it hasn’t dated well from a cultural and social standpoint but it’s where the craft was forged. The high end resources of yesteryear are of common access today. I don’t mean to rip on modern blockbusters; I’ll Endgame an Avenger any day of the week. But if you want to make movies, HOPEFULLY you aren’t starting with hundreds of millions of dollars. Look at older cinema. You’ll be surprised how much you enjoy it. And start with My Man Godfrey. Trust me, I’m a nobody.