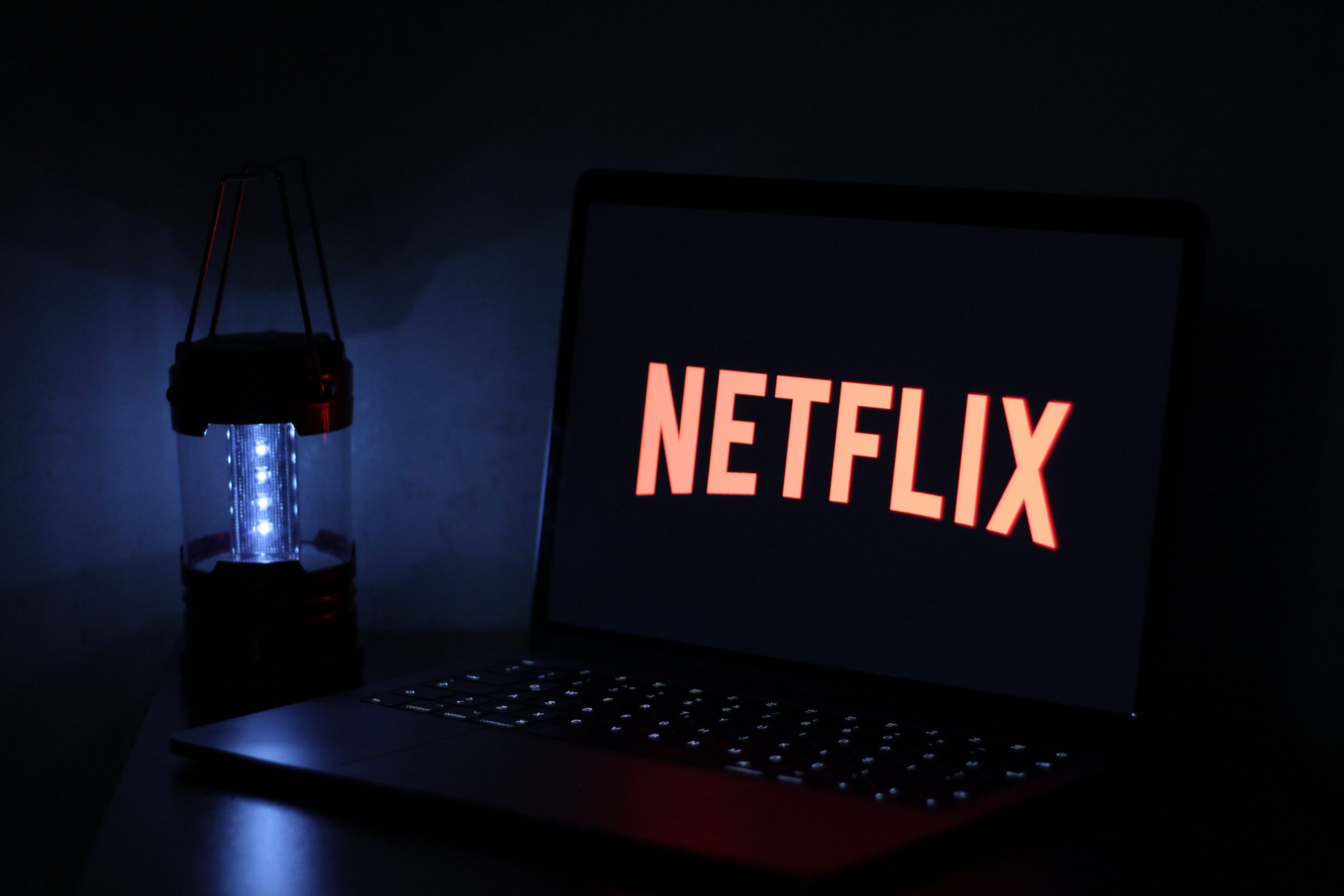 A few weeks ago, I had the pleasure of diving deep into the mind of great Charlie Kaufman by watching his latest film released on Netflix “I’m Thinking of Ending Things”. And let me tell you, after watching that movie I felt one thing, confusion. Kaufman is known for his heady, trippy of screenwriting, and he did not disappoint with his latest piece. It took me a few weeks to digest and ponder on what I viewed, but now after much reflection and even more sleep, I think I understand where Kaufman was trying to say.

“I’m Thinking of Ending Things” starts with a young girl, Lucy, who’s taking a road trip with her boyfriend to his parent’s house, in order to meet and enjoy a home-cooked meal with them. Right from the start, we understand the complexity of Lucy’s character and her relationship with her boyfriend, or soon to be ex-boyfriend, Jake. She has a conversation in her head during the car ride about how although Jake is a nice guy, she doesn’t see their relationship going much further and plans to break up with him. Ouch, poor Jake. After the very long and very awkward car ride, they finally arrive at Jake’s parents house, where after a few startling occurrences and creepy dialogue, they enjoy a lovely meal and get to know Lucy more. The house turns into somewhat of a never ending time-warp, as we see Jake’s parents transform into different versions of themselves, age and personality wise, that break all rules of time. After this mind-trip, and multiple demands from Lucy to escape the funhouse, her and Jake eventually leave but make a detour stop at an ice cream shop, and then to Jake’s old high school. After a temper tantrum from Jake that leaves Lucy stranded in the car by herself for hours, she decides to venture into the high school to find him and make their way home. But instead of finding Jake, she finds a lonely janitor, who she unloads everything that could possibly be on her mind to. Afterwards, the movie seems to focus on said janitor, who runs into a surreal ballet-style dance off with characters meant to resemble Jake and Lucy. After the climactic scene, we end the film with a talking pig who speaks profound words of wisdom, before leading us to the final scene where all the characters have returned to celebrate Jake at an child-like awards ceremony.

If you are scratching your head in confusion, don’t worry, we all are. Kaufman has been open about making movies that require the audience to answer any questions they may have, and to say there were quite a few after this movie is a gross understatement. This movie was much like 2020, in the sense where you had no idea where it was going and just when you think you have it figured out, something else happens that throws you completely off. Alas, unlike 2020, there were some things about this movie that were able to be debunked. And luckily for us, Kaufman subtly explains some major plot points of the film, out of the kindness of his heart.

Throughout the movie, we see Lucy talking to herself more than she talks to any of the other characters. From the car ride both going to and leaving Jake’s parents house, to the awkward dinner with his parents, she is quite cerebral with her conversations. But somehow, Jake can inexplicably hear her thoughts. We also see Lucy go through multiple outfits changes that go unnoticed by any of the other characters, whether it be her sweater subtly changing colors or her switching into the exact same frock as Jake’s mother. There are multiple other occurrences, such as Lucy getting phone calls from other people also named Lucy and different interactions of her name, and etc, that make us even wonder if Lucy is even a real person. Well guess what, she isn’t.

We come to find out that Lucy is not a real person, but rather an extension of Jake’s inner consciousness, and a huge personification of Jake’s eternal loneliness. While we think that Lucy is the main character, she’s actually just a mechanism to explore the mind of the true star of the film, Jake. This is also depicted in the many iterations of Jake’s parents, who we see jump back forth between young and vibrant to elderly and decrepit. This is an analogy for Jake’s mental struggle to determine the perfect time for his perfect girlfriend to meet his parents and enjoy the perfect meal. Sounds perfect right? Throughout the movie, Lucy talks about the many reasons for her to leave Jake, which speaks to Jake’s deep loneliness as he faces the reality that he never had love and will never have love in his life. In an interview, Kaufman said “I really liked the idea that even within his fantasy, he cannot have what he wants. He’s going to imagine this thing, but then he’s going to also imagine how it won’t work, how she’s going to get bored with him, how she’s going to not think he’s smart enough or interesting enough.” Kaufman clearly loves putting his characters through emotional turmoil, and while it may be hard to watch as a viewer, it makes for a much better film and more complex overall story arc.

Everything in this movie ties together beautifully, and that is shown when you examine the janitor and his appearances throughout the movie. In the beginning we think nothing more of him, but as the movie goes on we see that the janitor truly embodies the delusion Jake is experiencing. When the janitor is confronted by Lucy, they have a tender moment that concludes with him sending her on her way, which can be interpreted as him coming to terms with his delusion and deciding to end it. The janitor was also on the receiving end of an elaborate explanation brought to us by a cartoon pig that is leaking with maggots. We first see this maggot-infested pig in the beginning when Jake is giving Lucy a tour of his home, as she is shown a dead pig crawling with his bug in the barn behind the house. The image of the dead pig must’ve been traumatizing enough to stay in Jake’s mind when he was young, since it’s the ultimate all-knowing entity at the end. Kaufman says “Something about the innocence of the pig and its horrific underbelly traumatized Jake early in life.” I’m squeamish when it comes to seeing a dead bug, even if I’m the one who killed it, so I can’t imagine living with that image at such a young age. The pig gives a well put, introspective speech about how Jake is essentially too a pig full of maggots, but instead the maggots represent his depression and feelings of inadequacy, eating away at him as the years go on. Gross, but profound.

In the end we see a final scene where Jake is accepting an award in front of a crowd of his loved ones wearing horribly done makeup meant to make them look like elderly individuals. Kaufman says this is a deep reach as one of the scenes shows the janitor finding a makeup book while cleaning the bathroom, and is meant to be an elaboration of Jake’s child-like mind. He is imagining taking everyone from his high school, and showing their change into grown adults by having them plastered in poorly applied makeup, as if they were in a high school play production. In the end, Kaufman was inspired by the 2001 movie “A Beautiful Mind”, and has Jake accept his award by reciting the exact same speech that Russell Crowe’s character did at the end of the film. That wasn’t the only piece of work that Kaufman pulled from, he also pulled references from the 1970 musical “Oklahoma”, in which he took and used the same ballet dance that was performed by the Jake & Lucy doppelgängers, and also used it as the backdrop of Jake’s award show. Kaufman clearly knows his way around a classic.

In the end, this movie is quite a complex, meta interpretation of how far the human psyche can go to create a universe that is pleasing for the individual. And much like Kaufman’s other films, it’s heady and cerebral, leaving the viewer to fill in the blanks once they are done scratching their heads trying to figure out what has just happened. By the end of this movie, I felt the same way I have been feeling all of 2020, tired and confused. Alas, if you’re a fan of Charlie Kaufman’s work, his newest release on Netflix will not disappoint you.