Hillbilly Elegy started as a memoir by J. D. Vance about the Appalachian values of his Kentucky family and the problems in his hometown of Middletown, Ohio, where his grandparents relocated when they were young.  This past week it was distributed on 24 November by Netflix, starring Amy Adams as Bev Vance, a woman who was a nurse until she lost her license due to stealing drugs.  Gabriel Basso plays J.D. Vance, Bev’s only son, and most of the movie focuses on J.D.’s relationship with his mother and her ongoing addiction to heroin.  The Indian actress Freida S. Pinto plays the character Usha, J.D.’s girlfriend from Yale Law School.  In real life, J.D. and Usha (picture below) married and now have two kids. 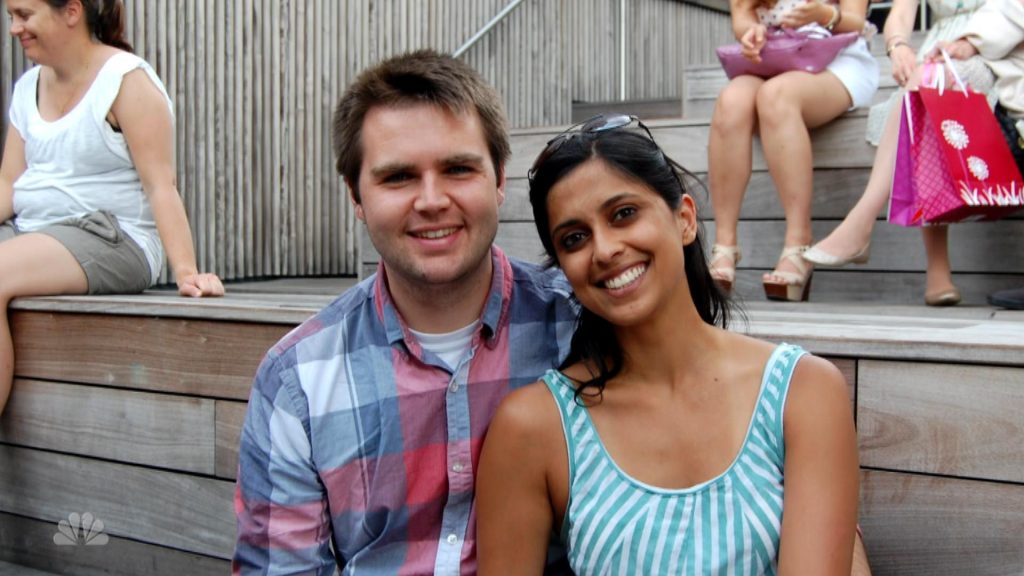 Hillbilly Elegy has shocked many who expected it to be more substantial.  Hillbilly Elegy may not be the best movie of the year, but I’m not asking that from this film. I simply appreciate a story about poor people dealing with drug addiction and trauma. Mine’s a positive review of Hillbilly Elegy ‒ among many negative reviews ‒ it’s dedicated to my Grammie, to all sacrificing Mamaws out there, who helped to raise grandkids they love.  If the gorgeous Glenn Close doesn’t win an Oscar for this role, I’ll be sending a complaint to the Academy.  Close portrays Mamaw Vance, J.D.’s grandma and Bev’s mother, and Close created a stalwart swearing character reminiscent of the grizzly gritty women who raised me. 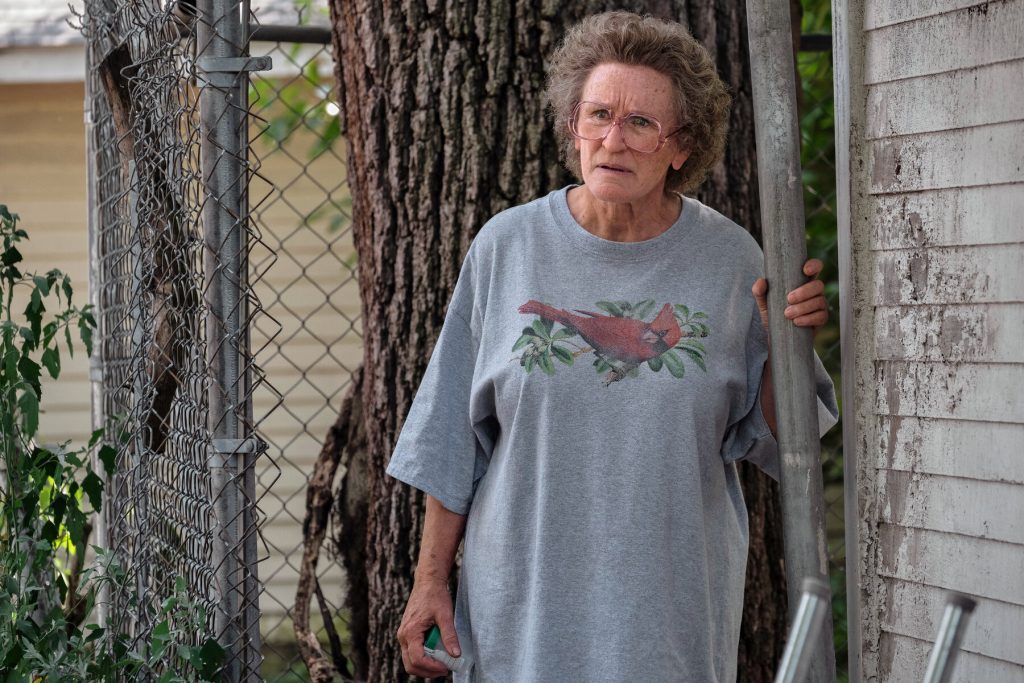 I liked watching this movie because I am a proud member of the working class.  I feel a self-respecting allegiance to the working class, like a very proud member of the American working-poor proletariat.  I get food stamps, and my American dream remains capped at going a month without being food insecure ‒ which usually does not happen; I usually end up living off of canned beans for a week or two.  So I enjoyed watching other poor folks in the Hillbilly Elegy.  Viewers see wage earners working within the restaurant industry spending hours washing other people’s dirty dishes, and a first-gen college student obligated to deal with the cultural divide caused by his enrollment into an ivy league institution.

A Yale law student, J.D. returns to his home in Ohio and grapples with the family’s roots as “Hill People” from Kentucky, the family’s Appalachian values, and why the American dream evades the Vances.  A recurring theme is the attempt to understand peoples’ lives as a combo of [1] class shaping one’s life in a way that is beyond one’s control and [2] the cumulative effect of decisions one makes.  Emphasis is on the first element of social class, with focus on this family’s need to consistently return to Jackson, Kentucky ‒ the rural and home rule town with a tiny population of about 2500.

So the movie’s story jumps around geographically, and it also jumps around timewise.  It’s set in 2011, with flashbacks starting back to 1997.  However, the movie ineffectively cuts between the present time when J.D. is attending Yale Law School, to J.D.’s youth in Ohio and Kentucky.  Despite the images of social class that I really appreciated watching, the film’s editing was too choppy.  How to deal with this when you are watching Hillbilly Elegy?  Well, if we accept that we are learning about the Vance Family from the perspective of J.D., then the memory flashbacks pop up for us viewers as “spontaneously” as they pop up for J.D.  The way memories “spontaneously” pop up for all of us.  You might want to approach this movie accepting that the family is messy, so their memories are messy, and both might rub you the wrong way when you decide to watch them.  Something technical to note is that J.D.’s flashbacks become better integrated in the storyline during the second half of this movie ‒ when the pace of scenes slows down and becomes less frenetic.

The film’s cinematographer is Maryse Alberti, a Frenchwoman who works in the United States on indie films.  Alberti is acclaimed for inventiveness while collaborating with bold directors.  I wonder if Alberti brought something more personal than credentials to this movie.  Like J.D., Alberti escaped her small hometown ‒ sharing this in an interview from 2005:

Alberti  >>>  “I grew up in a very small town in the south of France. [To] give some perspective, when I was 12 years old my grandmother was the first person on the block to have a television. Every Wednesday night, the whole block [went] to her house to watch a show called To the Theatre Tonight. It was basically a recording of a play. I never went to the movies until I was, I think, 14. I went to the nearest big town, Bordeaux, with a friend and we saw a movie called Duel by Steven Spielberg. I had no idea who Steven Spielberg was, but that movie blew my mind. [The] second time I went to the movie theater was when I decided to escape the south of France and come to America, which was as far away as I could think of. That was like going to the moon to me.” I know that bits and pieces, seconds of tense scenes, even the yelling which some critics complained about, all of that resonated with me at a personal firsthand level.  They brought to my mind difficult college years, when I had a therapist I met with twice each week ‒ that’s how badly I was coping with young adulthood.  Our sessions were about my family.  I was at a predominantly white college in the middle of Maine, and it was the first time I lived outside of the poor black neighborhood where I grew up.  I was stuck, as in I didn’t know how to grow beyond my family culture, especially when I had a parent who would often yell at me “You don’t have the right!”  My therapist was a calm black Caribbean man in a mixed marriage, so I’ve always imagined he and I were dealing with similar issues because of similar racial situations, but I always believed he was dealing with them better than I was.  I obviously trusted this clinician.  One afternoon while crying about something family-related, my therapist asked me to look out the window at some pine trees.  He told me to find the tallest tree.  He told me this grove of trees was my family and that I could be the taller tree that grows past the rest of them.  That was the first watershed moment of my life.  My mind, my self-image, and my future cracked open.

Hillbilly Elegy is the latest addition to the getting out subgenre about “a sensitive, intelligent, often creative person who grows up in deprivation and disharmony, amid generations doomed to repeat destructive cycles of behavior and never leave the place that formed them.”[3]  Its most receptive audience will be folks who have lived aspects of the story.  I’m not saying those folks have to end the movie liking it, but this is a story best reserved for those of us who have struggled with the journey of getting out.  I read a scathing review where the critic accused J.D. of being borderline, and why the hell not?  It sorta makes sense that someone who has lived J.D.’s life would grow up with an intense fear of instability.  With a critic like that, I recall a moment when a Jewish friend gently asked me not to ignorantly comment on Israel… 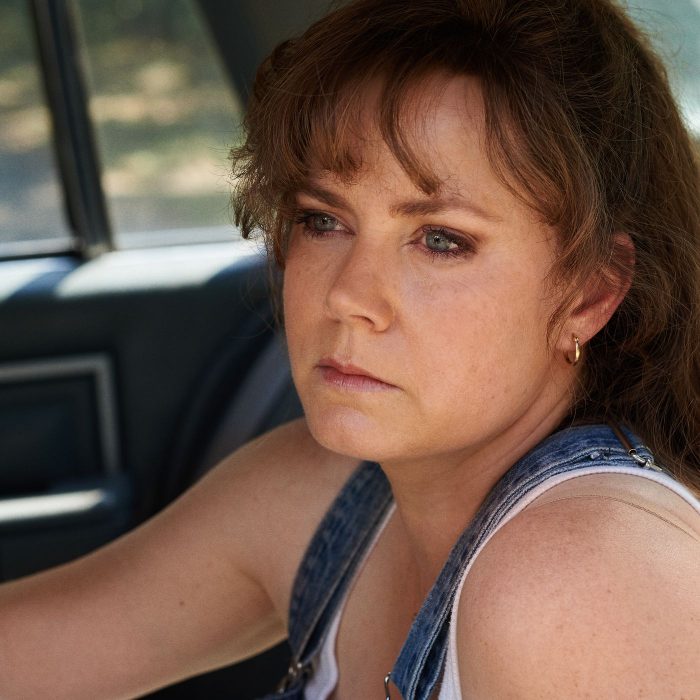 Because if it’s not your home or heritage, be abit careful with commenting.

Getting out is something that some of us have to do.  While this definitely isn’t Ron Howard’s finest work, it is a film the adults can watch and then debate over the Thanksgiving weekend. Enjoy Hillbilly Elegy ‒ if you can ‒ and happiest thanksgiving with your families.

J.D. at the end of the movie:  “Twice I need to be rescued.  The first time it was Mamaw who saved me.  The second, it was what she taught me.  That where we come from is who we are, but we choose every day who we become.  My family’s not perfect, but they made me who I am and gave me chances that they never had.  My future, whatever it is, is our shared legacy.”