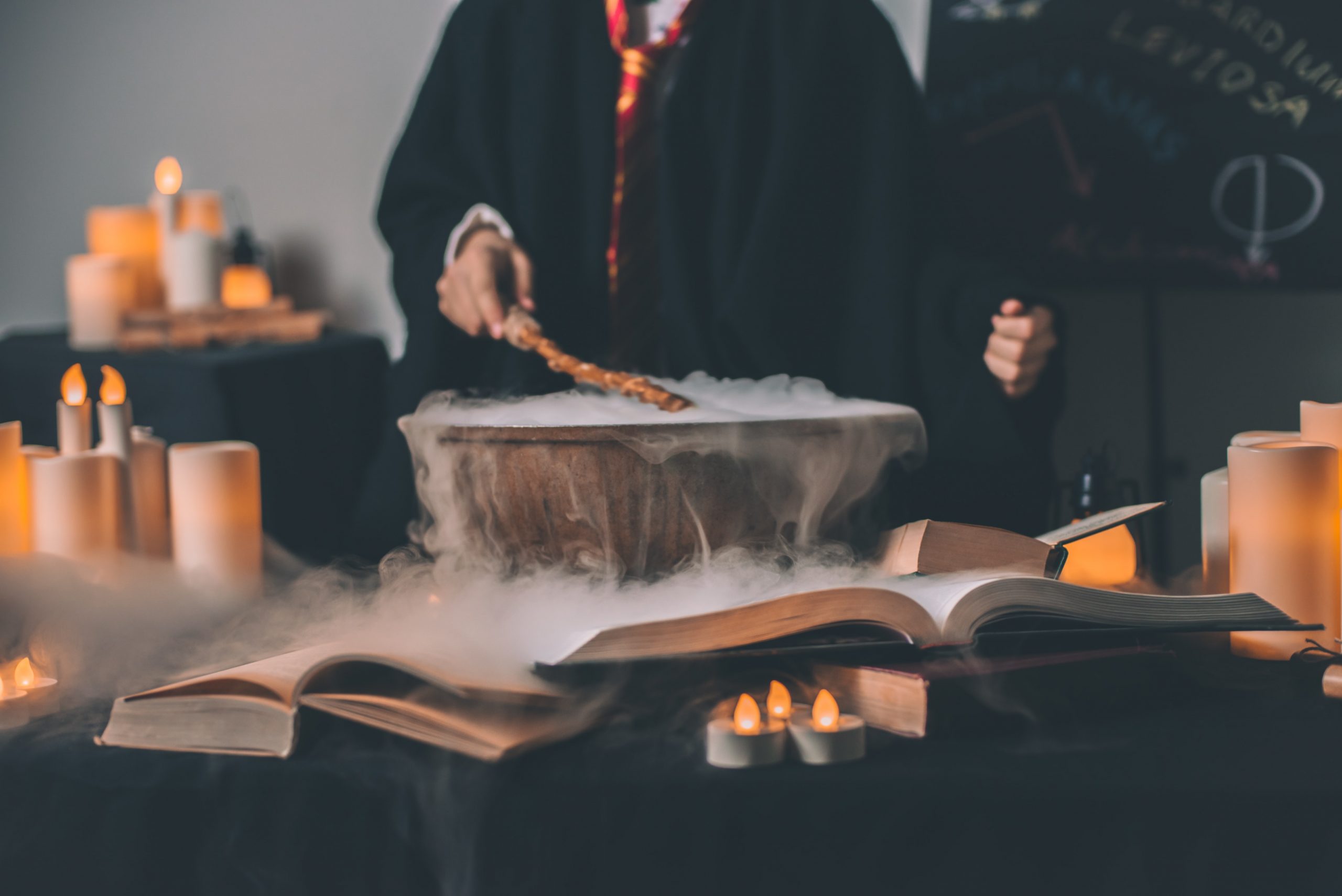 Halloween may be over, but the mindless binging of quality content will never end, especially in the midst of not only a global pandemic, but also election madness. This past weekend, I did something I thought I’d never do, and binge watched the entirety of the Harry Potter series from start to finish. This was partly because it was Halloween, which is the perfect time to watch some spooky flicks, especially ones with such a cult following, and partly because my boyfriend was appalled that I hadn’t seen any of the movies, and was coerced to watch the series in order to stop him from leaving me for someone who was knowledgeable of the magic of Hogwarts. Despite J.K. Rowling’s inflammatory statements, I thought it’d be best to separate the art from the artist, and see if the cult following behind it is valid. Furthermore, after a little over two days of consecutive viewing of all eight Harry Potter movies, I can say that I am now a believer.

Although I am late to the party, I wanted to share my thoughts as someone viewing this film phenomenon from untainted eyes. Prior to watching the Harry Potter movies, I knew practically nothing about them other than the fact they were adolescent wizards that were divided into different houses. Could I name any of the houses? You better believe I couldn’t. However, before watching the films, my partner and I took a quiz to see which Hogwarts house I most aligned with, and by the end of the eight films, I would determine if this was the true answer. And let me tell you, by the end of our Halloween binge session, I knew that I was a member of the Gryffindor house to my core, and I couldn’t be more proud. The only other house that looked appealing to my set of traits was the Slytherin house, which I later found out was the house that birthed all of the villains and/or antagonists of the films. At first I was appalled when my partner thought that I was apart of those evil Slytherin folk, but during the 2nd film, after learning the Sorting hat told Harry he would’ve done well in Slytherin after he felt he might’ve been misplaced, I felt better about my placement. I guess we all have a little evil in all of us.

Throughout the films, I found it hilarious that though Hogwarts houses four different categories of wizards and witches, they only focus on two. While the students in Gryffindor and Slytherin were the main characters and focus of the movies, the other two houses, Ravenclaw and Hufflepuff, practically went unnoticed. Ravenclaw students are known for their intelligence and wisdom, and Hufflepuff students are known for their justice and patience, however we saw none of these traits displayed in the films and at some point halfway through the series I forgot these houses even existed. At one point, there was set to be a Quittage match between the Gryffindor and Hufflepuff houses, but this match was cancelled for justifiable reasons, but it was an unfortunate coincidence the only Quittage match not involving the leading houses of Hogwarts was cancelled. I was informed that in the books, which I also never read, that Rowling gave much more information and story to the Ravenclaw & Hufflepuff house members that wasn’t shown in the movies. And although I’ll never crack open one of those novels now that I’ve seen the movies, there is some peace of mind knowing these students were given some literary justice.

Harry Potter was the film’s center point and main protagonist, as year after year he fought evil magical forces that not only strengthened his skills as a wizard, but also strengthened him as a person. One thing I found quite interesting was Harry’s strong hero complex that you see so often in action movies that revolve around young male characters. Whenever Harry set out on a dangerous adventure, conquer some evil force, or face a dark villain, Voldemort or otherwise, he would immediately try to stop whoever was with him and insist that he complete said mission alone. We quickly learn that like many heroes, Harry also could not do any of what he said alone. Had he really opted to go solo and fight these forces, the books would’ve most likely stopped at number two, and there would only be one film. Harry had the help of his professors, friends, and fellow magical acquaintances to help him along quests, and other magical beingsOne of Harry’s closest friends, Hermione Granger, was the brains of their trio, that included Ron, the timid wizard who was riddled with as much anxiety as he was fear. Without her intellect, Harry’s future would cease to exist.

One moment in particular this is proven is in the film’s seventh installment “Harry Potter and the Deathly Hallows: Part 1”, when Harry and his friends are on the run from Voldemort’s minions. Hermione knows ahead of time that they are going to have to make a hasty escape at a moment’s notice in order to stay alive, so she obtains a magical, travel-friendly bag with an invisible never ending chasm she enchanted herself. When they make a quick escape out of Bill and Fleur’s wedding, she has a change of clothes, magic potions, and everything else wizards would need when on the run from evil goons. If she had not done this, they would’ve been caught quite easily and Voldemort would’ve won faster than any of us would’ve wanted.

A lot of significant characters died throughout the film’s franchise, and while they all met their ends in dramatic well-timed fashions, they all hit me to my core. From the sad cinematic death of Hogwarts headmaster Dumbledore in The Half Blood Prince, to the heroic and triumphant end of Harry’s villain turned savior Godfather Sirius in The Order Of The Phoenix, they all caused an audible gasp and a slight clutch to my imaginary pearls. However, the one death that really tugged at my heartstrings and one I truly did not see coming, was the death of our favorite little house-elf Dobby, who met his tragic end in The Deathly Hallows: Part 1. For the first six movies, Dobby was nothing but a secondary pawn character who was adorable and served no other purpose other than to serve and protect Harry. And that is what he did up until his last breath. He met his demise when the group of wizards escaped Malfoy’s mansion, and right as Dobby disapparates everyone to safety,  Bellatrix Lestrange threw a knife that was able to penetrate and kill Dobby. It was very sad to see this because right before his death, Dobby exclaimed that he was “A free elf” with all his might and strength, which was symbolic since he was walked all over like a doormat by almost everyone for all of his life. Also, as Harry holds him in his arms on the beach, his final words were “such a beautiful place, to be with friends. Dobby is happy to be with his friend, Harry Potter.” This not only showed Dobby’s love for their friendship, but also showed he was at peace with his death, and honestly it was the ultimate character arc that I love to see in these types of films. Furthermore, all I have to say is #JusticeForDobby.

In the end, everything turned out well for the wizards and as we expected, good won and beat the evil forces. I was very happy to finally have seen the famous Harry Potter films almost 20 years after they premiered in theaters. For awhile I thought it was too late to see what all of the fuss was about, especially seeing as how the author of the books that inspired the films came out as a proud transphobic woman, who also could be seen as mildly racist when you notice the fact that her films are devoid of POC actors. And the few that you do see, were given maybe a handful of lines that go unnoticed and are practically seen in one scene and never seen again thereafter. Despite that, the movies delivered everything that I was expecting and a little more, and it was also helpful that I had legendary commentary alongside from my boyfriend to make my viewing experience even better. In closing, all I have to say is, Patronus!