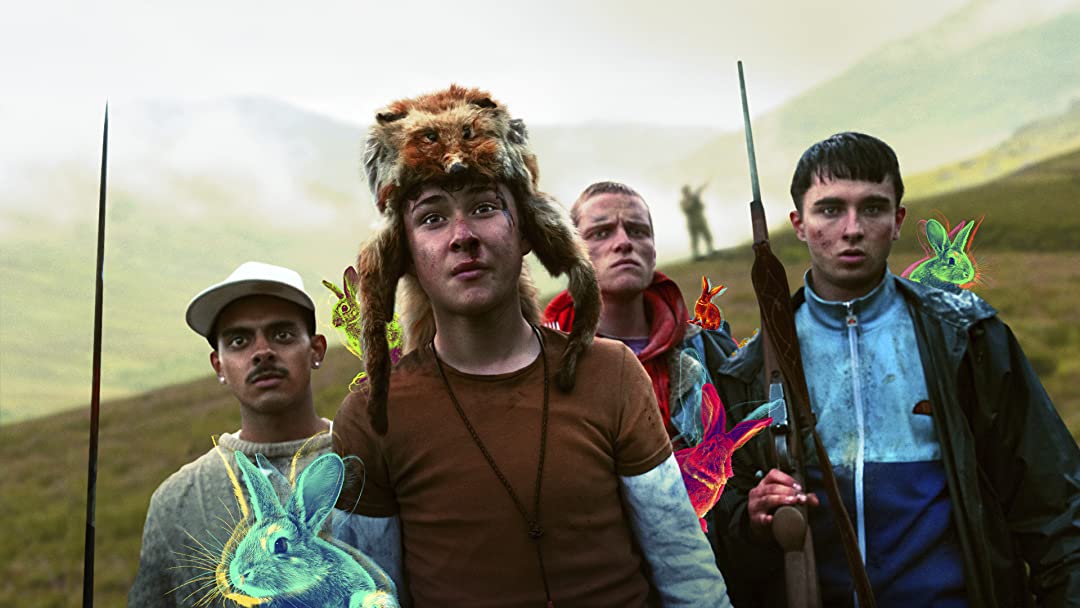 A battle cry for millennials (and younger) everywhere, Get Duked! is the best comedy featuring four men ever made. Hands down, the most I have laughed all 2020 was watching this movie.

Three young delinquents meet goodie-goodie Ian (Samuel Bottomley) while being forced to participate in the Duke of Edinburgh Award a one night hike and camping trip through the Scottish Highlands designed to bring teammates closer together and to maturity. The four boys are hardly able to use a map let alone survive the night. It doesn’t help that two wrinkly old aristocrats are trying to kill them a la The Most Dangerous Game.

Written and directed by Ninian Doff: Music Video God, this high concept comedy is easily the best movie I’ve seen all year. The laughs while simple are never applied without reason, every giggle in this movie is warranted. The choice to film Get Duked! like a drama adds to the extreme comedic talent of the director and cast. This is what professionals are talking about when they say comedy comes from honesty and truth.

The comedy is only the tip of the iceberg. Doff and cinematographer Patrick Meller create an outrageously perfect blend of sweeping hillside footage and dope tik-tok-esk effects to produce a hip-hop experience. Highly reminiscent of their work on Miike Snow’s ‘My Trigger’ and ‘Genghis Khan’. This film combines intense imagery with lighthearted energy. It’s the burger donut of movies; featuring psychedelic edits that pull you into the same hallucinogenic trip the boys are on. Doff and Patrick flex their talent by having the movie culminate with a full length music video in the center of the film.

Get Duked! is not ONLY a wicked comedy, at its center is a brutal fight that we’re all dealing with the battle of young versus old. Watching this during the chaos of the USA election week was a profound experience. The idea that “old and wise” are trying to kill us is so easy to connect to right now. It’s frustrating that in this film and in real life we fight back and these adults, who should be protecting us accuse us of being the wild ones while shooting us in the leg. Get Duked! gives the younger generation the win we’ve been fighting for…hopefully it’s not the only win we get this week.

I highly recommend giving it a watch, you won’t regret a minute of it.