Watercooler Reviews | “Gangs of London” Round Table: Episodes 7, 8 and 9

Good God, the Wallaces really unravelled in these three episodes. 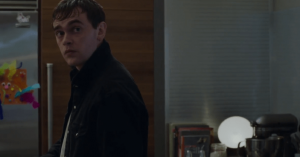 In episode 7, we watch as the broken family retreats to a safe house, where even the Dumanis are not so welcome (more on this later). And suddenly, Billy is the most stable of the whole bunch, though it’s not until now that we realize it’s been that way from the very start. He’s been mostly portrayed, with few exceptions, as the family screw-up because of his addiction, but now – especially as the true depth of Finn’s faults uncover themselves – I have a soft spot for Billy. Unless something truly unexpected happens in the finale, it really seems that he will be the only Wallace to have maintained a good heart through it all.

That train of thought quickly brings me to Marian Wallace on the other end of the spectrum, as she is apparently so hell bent on uncovering every piece of information about her dead husband’s mistress as possible she has no more room in her heart for loving her sons. Her current object of obsession is Tove, who attempted to kill Sean while masquerading as a Wallace family waitress back in episode 5, and who Marian is one hundred percent convinced has information on Floriana. To avoid Tove’s tortured screams, poor Billy turns to baking (pandemic flashbacks, anyone?) and sustains a rather helpless and miserable existence while his mother and brother’s relationship deteriorates over Marian’s treatment of Tove. Watching her weak and relatively pathetic defenses for involving Tove’s children in her torture scheme cemented Marian as a lost cause for me.

Meanwhile, Elliot has fully earned Sean’s trust, and is let in and out of the Wallace safe house with total confidence. He and Sean break into Tove’s house to fully realize the extent at which she has kept tabs on them, and this leads to an encounter with her son that showed Sean with a heart for (in my opinion) the first time in the whole series. Even his so-called “love” for Finn seems to stem more from an innate desire to live up to him rather than any feelings of affection for the man himself. Still, even though Tove has attempted Sean’s murder and tracked the every moves of the Wallace & Dumani families, he refuses to harm her child, and stands up to Marian when she suggests it. This episode was a bit strange – after the preceding action-packed episode 6, the Gangs of London team certainly needed an hour to re-establish the main plot, but it was done well enough that it planted some seeds for the next few episode to expand on. And expand they did.

In episode 8, immediately we pick up on family tension between the Wallaces and Dumanis from before Finn’s death – when Ed called him out for his unwise affair with the younger Floriana. This sets the stage for 58 minutes of family drama, which we come out of it with a few massive takeaways:

And then we’re into episode 9, and Sean has completely lost it. Weirdly, I got the same sort of mirrored sense of unravelling from Elliot; his normal cop partner is no longer meeting him for updates, and his marching orders are now coming from the Captain himself, who does not seem too pleased with him. It feels like a classic cop “in too deep” situation, which doesn’t bode well for Elliot with only the finale to go before the season wraps. Still, he does as he’s told for now. 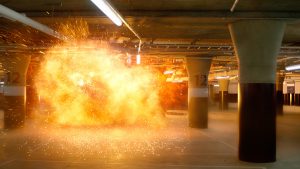 Tensions continue to build as Sean teams up with Lale and everyone else teams up with… everyone else. Like episode 7, this episodic arc does the most to set up the next, in this case the finale. And it ends with a literal bang as Sean decides, the hell with it, and blows up a building. The best cliffhanger of the series yet puts the audience in a fantastic place to begin the finale, which I expect should come with more than a few surprises as our characters tie up their loose ends.