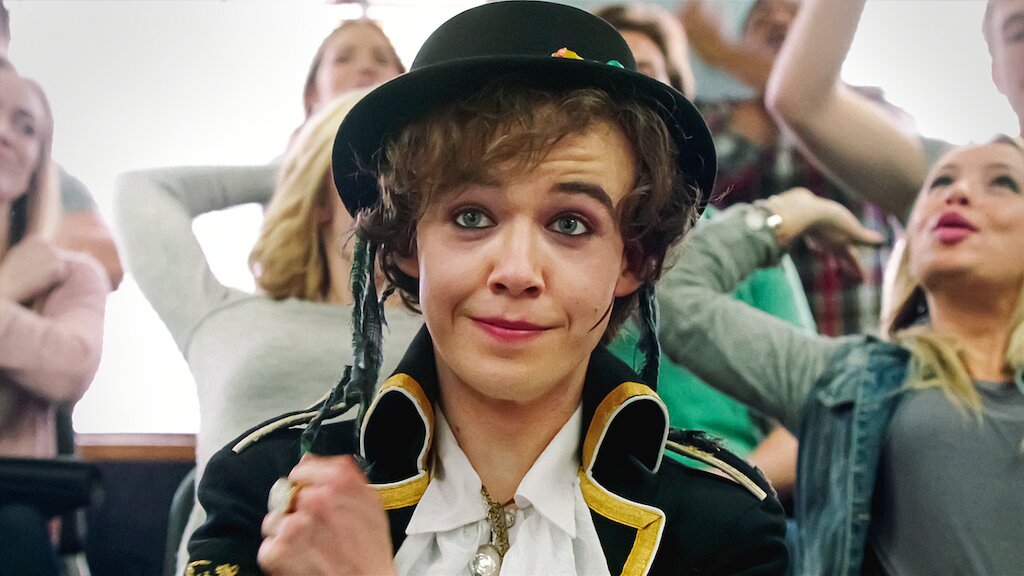 As a queer person that is constantly on the hunt for delightful, LGBTQ+ entertainment to sink my teeth into, it can be hard to find tv shows and movies that aren’t saturated in tiresome clichés, cheesy writing, and white privilege. Luckily, there are a few undiscovered gems out there with a more original outlook. Sometime ago as I was browsing Netflix for a good movie to pair with my glass of red wine, as one does, I happened to stumble upon the movie “Freak Show”. The thumbnail for the trailer was graced by the legendary icon Bette Midler, so I was immediately intrigued as to what this movie entailed. And although it follows the similar outline of many coming of age, teenage centered movies set in a high school, the main character’s story and message shined much more despite its formulaic premise.

“Freak Show” is about a young , eccentric, glamazon by the name of Billy-Bloom, who is forced to live with their traditionalistic father after their mother sends them away. They are then forced to deal with the scrutiny, bullying, and overall torture that the students of their incredibly conservative high school put them through. It’s a story about adversity, triumph, and a hell of a lot of glitter. One of the things I loved the most about this movie was the protagonist, Billy-Bloom. First and foremost, with a name like that, you know you’re bound to get someone who just oozes charisma and fabulosity from every pore. And they did not disappoint. Billy is a gender-nonconforming, social butterfly who is packed full of creativity and wonder, who also turned looks that would make the queens of Rupaul’s Drag Race quake. Normally when it comes to gay-centered cinema, the stars of these films are hyper attractive, cis-gendered men, predominantly of Caucasian decent. It was quite nice to see a movie sway on the alternative side, and choose a character who was more strange and interesting, which allowed me to relate to them more. The struggles that Billy-Bloom faced in the movie were some of the same struggles that I, and many other queer people have had to deal with in the past. From the harassment, to the physical altercations, and even the heartfelt yet entertaining melodramatic tantrums, I have been there.

This movie did a great job as well at giving an elementary glimpse into how mainstream society see’s gender and identity politics. Hence why throughout this piece, I have been referring to Billy in “they/them/their” pronouns, since Billy was a person who enjoyed teetering back and forth within the gender spectrum. Unfortunately, this was much to the dismay of his classmates and peers. While Billy did have some true supporters, others were appalled at how flamboyant Billy presented themself, and saw it as a form of blatant disrespect to the gender norms they were used to. There was also one character in particular Mark, Billy’s straight friend and obvious crush, who enjoyed their eccentricity in private, but felt it would be best if they dulled their shine in public, so that they could blend in more. This was a paired-down personification of America’s obsession with traditional identity politics, and how people react when someone dares to defy what they believe to be sacred. Ultimately, it’s the fearless and forward-thinking people like Billy who move this mundane society in the right direction when it comes to inclusion and diversity. And although they faced many hardships, they never stopped twirling.

Not only does this movie have a heartfelt message, but it’s also packed with witty dialogue and a star-studded cast. Although, I do have to point out how deeply the producers of this film trolled us, seeing as how every banner for this movie has Bette Midler’s face plastered on it, when in fact her role in the movie was quite small. Nonetheless, she along with other talented actors like AnnaSohpia Robb, Abigail Breslin, and Laverne Cox, added a plethora of camp and fun to not only their individual roles, but also the film as a whole. As someone who considers myself a person incapable of crying, I can say that this film actually managed to jerk at my tear ducts a bit.

In the end of this film, after learning some heartbreaking news about his mother and having an entire student body rally against them, Billy still manages to come out on top. They prove that no matter how badly people may be unwilling to understand you, that should never cause you to dim your light and fade away. In a time like no other, when the world is in utter terror and those that are not fit for society’s standards are most vulnerable, it’s a great reminder that those who despise, secretly fear and are intimidated by you. Moreover, by living your authentic life and thriving as much as you can, it just makes them even more mad. So with that being said, to all my freaks out there, keep it up. Furthermore, if anyone loves a good, funny, coming-of-age teenage flick sprinkled with tons of queerness, give “Freak Show” on Netflix a shot.