So you have a day to spend in Chicago, you like movies, and you’re not very creative. Well, you’ve stumbled upon the right blog post. Here, I’ll lay out the ultimate plan for seeing every location from High Fidelity, the Steven Frears Chicago classic, based on the novel by Nick Hornby starring John Cusack. Your map:

If you want to do this right, you’ll start off in Wicker Park at 1500 N Milwaukee. Currently, the location is a revolving carousel of restaurants, but when the movie filmed it was just an empty shop. However, you can head down the street a few blocks to Reckless Records if you want the current Wicker Park record shop experience. The people at Reckless are very used to people coming in and asking about High Fidelity, so why not. 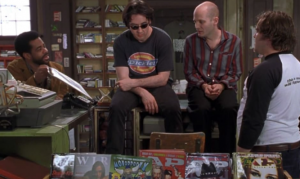 Next, you’ll need to take the CTA train from Armitage Station to Fullerton Station (1 stop). Rob waits at the Armitage stop and takes the train to work. However, for this journey, we’ll be taking the train north to the bar Rob first heard Marie De Salle, just across from the Biograph Theater (where John Dillinger was shot).

EDIT: The correct stop is actually Wilson (4620 N Broadway, Chicago, IL 60640) which you could hit after the Green Mill Cocktail Lounge (#5) instead. We’ll leave the mistake here though, mainly due to laziness. 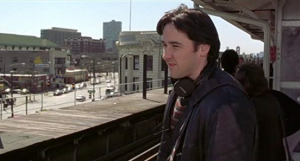 Millie’s Supper Club occupies 2438 North Lincoln Avenue, where Rob first hears Marie De Salle play. It might be a good time to stop in for a bite and ask if the wait staff has ever seen the movie. As a side note, you should tell as many Chicagoans about your journey as possible while you are out there, they will respect what you are doing and try to help if possible. Some may even offer bits of information not contained in this post. Please comment with any interesting discoveries while on your quest. 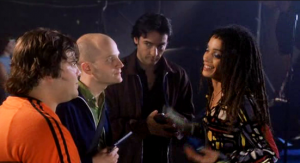 Now if you’re a movie person in Chicago, you’re well aware of the Music Box Theater. It’s one of our favorites. Rob sees a film here with Penny. They also have a drink next door, but take your pick on location because the original 3747 North Southport Avenue from the movie (Strega Nona) is long gone. 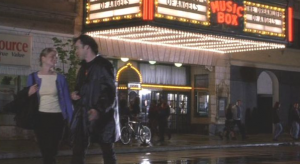 From here, you’ll head to the Green Mill Cocktail Lounge where Rob expands upon his situation with Laura. This is said to be one of the bars Al Capone frequented, and it’s not hard to believe at all. This would also be an ideal time for a cocktail if that’s your thing. 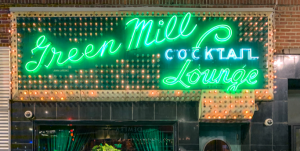 After dinner, you’ll head back towards Wicker Park for the final two locations we will be covering in this Chicago film tour. We find ourselves at The Rainbo Club, where Rob makes a half-hearted proposal to Laura. 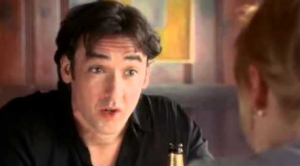 To wrap everything up, we head to a concert venue near Championship Vinyl where the movie began, called Double Door. Barry performs while Rob and Laura rekindle the flame. Surprisingly, Barry’s band is actually pretty good (less surprising to those who know Tenacious D) and everything seems to be on the upswing. Now you’ll have to decide whether you’ll buy a ticket to whatever random show is playing, or stop just short of the finish line. Enjoy!