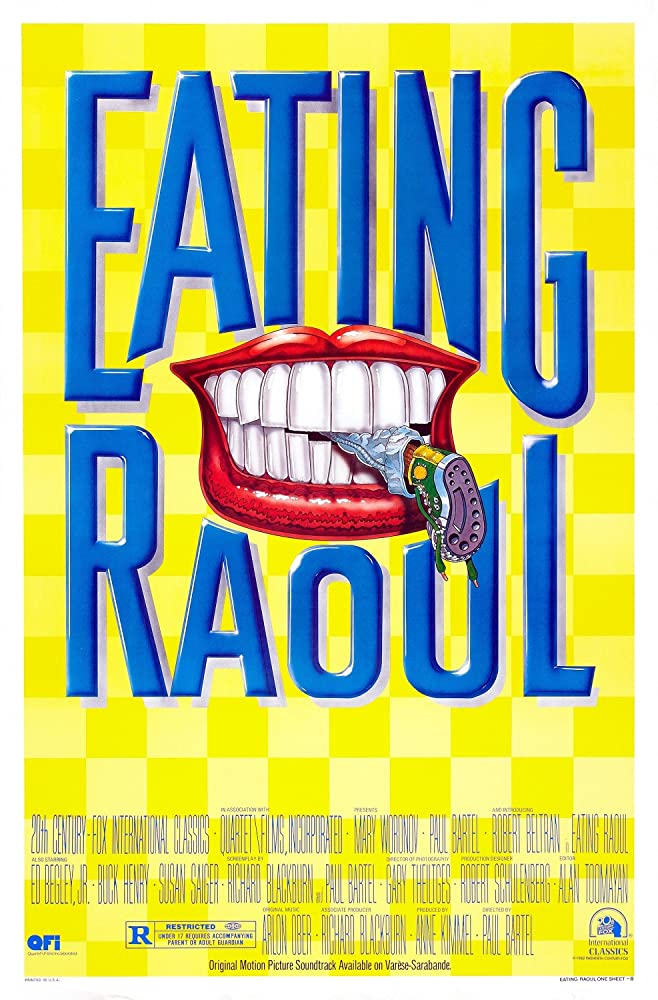 “Eating Raoul” is a movie I had never seen before last night, but I remember seeing the box on the shelves of pretty much every video store I ever visited or worked at way back when. Mistakenly judging it by its cover, it never looked appealing to me, my perception being that it was low-budget, low-brow, one-joke humor that I was simply never in the mood for.

While I wasn’t entirely wrong, I have to say it was pretty enjoyable and got a good laugh out of me once or twice. Writer/director Paul Bartel stars alongside B-movie legend Mary Woronov as Paul & Mary Bland, a mutually-chaste but happily married couple living a meager life as a wine seller and nurse respectively. They share an ambition to open their own high-end restaurant, but lack the funds to do so.

What makes the film is Bartel & Woronov’s completely straight-faced performances. They wear their characters (two-dimensional and cartoonish though they may be) like well-fitting suits, and share a genuine chemistry. A quick IMDB search reveals that they collaborated on no fewer than 17 films before Bartel’s death in 2000, and I kinda want to see them all now. I also enjoyed the sheer originality of the story – I had no idea where the plot was going to go, and movies like this are rare these days.

Overall grade: straight B. Worth a watch.