Eleven04’s First Backer Initiative will end its first cycle this Thursday the 27th. The live stream pitch event will showcase three Chicago filmmakers as they pitch their films.
RSVP Here

During the month of July, filmmakers from across Chicagoland submitted their upcoming short film projects for the chance to become part of Eleven04’s First Backer Initiative: a comprehensive co-production package designed to help films from pre-production to completion.  Three finalists have been selected, and are gearing up to pitch their films via live stream. 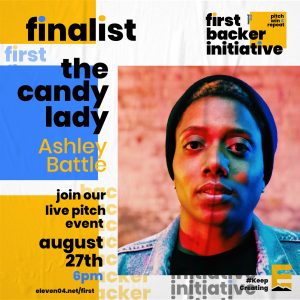 “THE CANDY LADY”
Submitted by: Ashley Battle
The Candy Lady is a family comedy about two brothers on a search in their neighborhood to find the money for the long-awaited Candy Store. 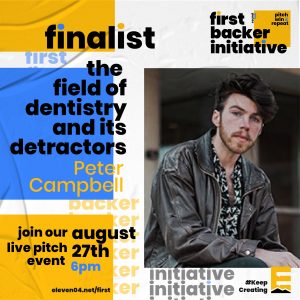 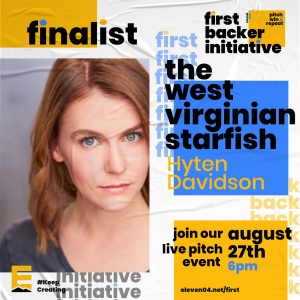 “THE WEST VIRGINIAN STARFISH”
Submitted by: Hyten Davidson
The West Virginian Starfish is a drama about Carly, who after the mysterious exit of her father is stuck with his old mission– picking up defeated thru-hikers from The Appalachian Trail.

Centered around a $4000 equipment credit and $1500 cash prize, Eleven04 intends to provide comprehensive resources to assist a local project from pre-production to the big screen.  The program is not just about money, however.  Organizations across the city are providing their support and expertise through consultation, feedback sessions, free workspace, and more.  The First Backer program also gives filmmakers access to Eleven04’s production facility, allowing production teams to utilize office space, conference rooms, audition space, and a production stage.  RSVP Here

Eleven04 is an equipment rental house, production facility, and co-working space for filmmakers located in Pilsen.  Founded in 2016 by then-Columbia College student Richard Song, Eleven04’s goal is to provide accessible professional resources for Chicago’s film community.  With a friendly and knowledgeable staff providing superior service, a comprehensive facility, and a drive to serve the community, Eleven04 is Chicago’s place for filmmakers to #KeepCreating.