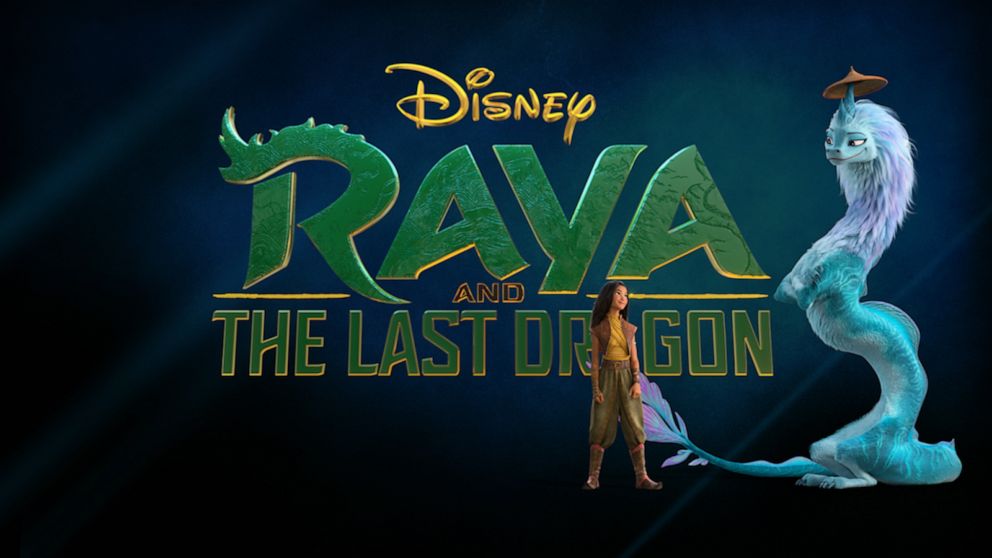 This review is best read if you have seen the film. I’ve done my best to make it as spoiler-free as possible, but always best to give a warning.

RAYA AND THE LAST DRAGON

I think, personally, we’re all kidding ourselves by pretending we don’t look forward to new animated Disney features just as eagerly as the next MCU phase. On March 5th, Disney Plus dropped the highly anticipated Raya and the Last Dragon as a Premier Access title, giving members the option to pay a $30 one-time fee to view the film early. Even knowing I wouldn’t be leaving this particular film humming any of Disney’s trademark catchy melodies, I unashamedly and happily forked over the fee and settled in for the adventure.

The film begins with a legend (read: backstory), as many Disney films do: five hundred years ago, the flourishing land of Kumandra is populated by humans and dragons alike, until the evil Druun – rather ambiguous enemies that turn all in their path to stone – arrive on the scene and force the dragons to sacrifice themselves to protect the rest of the land. This act forces Sisu, the last of the dragons, to channel any remaining dragon energy into a gem, which wards off the Druun, but causes her to vanish with the rest of her kin.

Enter our heroine, Raya, in the present, who is by her own admission a class A Dragon Nerd™. Discourse over which of the five tribes that once made up Kumandra (Tail, Talon, Heart, Spine and Fang) should keep hold of the Dragon Gem has split the land and spawned antagonistic rivalries between all five, a situation that Raya’s father, the leader of Heart, wants to reconcile. As we could all see coming (this is a Disney movie, after all), this does not go as planned – and to make matters worse, the Druun are back, leaving Raya to travel across the broken Kumandra, collect the pieces of the Dragon Gem, save her father and coax the tribes back into a companionable existence. Easy peasy, right? At least Moana had the ocean and Dwayne Johnson on her side.

While formulaic, there were moments that this film surprised me, and while I am a jaded old critic who doesn’t particularly love giving filmmakers the satisfaction of knowing they got me, I had to give in and let the happy wave of they did it again wash over me. The inciting incident of Raya’s story occurs when her trust is completely broken by Namaari, who she considered a friend. It is extraordinarily easy to identify with a determined, talented and somewhat idealist young woman who has had her heart broken and trust shattered, especially when the broken bond in question is one of friendship. Raya is a very accessible character because of that, and while I didn’t always agree with her decisions or bullheadedness, I was always rooting for her.

I also loved that at its heart (no pun intended), Raya and the Last Dragon is about trust and family. It wouldn’t be an animated Disney film if there wasn’t some sort of lesson to learn, for any of us at any age. Trust, though, is a hard one for most of us – much more difficult to achieve between two people than we care to think about most of the time. Especially given the state of the world, it’s hard to trust anyone we don’t already know, and the relationships we had pre-pandemic have certainly also been strained. I’m unclear on whether this was an intended result on the part of the filmmakers, but it turned into a nice reminder for me.

I do wish there was more context for the Big Bad, the Druun. I described them as ambiguous enemies a little earlier in this article, and that’s because in both instances that they appeared, 500 years apart, they seemed to just kind of… be there. I had a little trouble buying into that. I suppose if I’m going to take dragons and humans running around together in a carefree utopia at face value, I shouldn’t have an issue, but there has to be some kind of motivation for turning everyone to stone. I couldn’t see the Druun as sentient beings, if that’s what they were supposed to be, which distanced me from the threat they posed.

My other main critique here is not so much a critique, but the same comment I have had regarding a few past Disney films, which is that Disney seems to believe simply setting a film in a different corner of the world and adjusting the skin color of the characters accordingly is enough to place them above other studios as far as blazing a trail in the representation department, which is obviously not the case. That said, I appreciated the casting choices across the board – Kelly Marie Tran as Raya, Awkwafina as Sisu, Gemma Chan as Namaari, Sandra Oh as Virana – there should be no white actors voicing characters for an animated film set in Southeast Asia, and bravo to this team for reflecting that.

I so wish the film had given us a closer look at Namaari and her relationship with Virana. I suspect not all is well there, and it’s slightly hinted at in the brief disagreement the two have over how to deal with Raya and Sisu. Alas, either that exploration was cut for time or simply not focused on, and that’s a shame. Namaari, though presented as 85% villain, is perhaps the most relatable character in the film, and as much as she irritated me, I would have loved to see more of her story. Could be a very cool spinoff.

The host of friends Raya makes throughout the film are a delight – from Boun, the child who is a more capable adult than I am, to Little Noi, an unrealistic but amusing baby thief, to Tong, a warrior chief turned softie and my personal favorite of the three, everyone feels fully fleshed out and is a solid and specific addition to Team Dragon Gem. Tong captured my attention in particular because he breaks a few conventions: first, the toxic masculinity narrative that usually follows adult alpha males bred in “warrior” communities. It doesn’t take long upon meeting him for Raya to understand he is simply lonely, and his facade breaks down almost immediately when he is forced to confront that part of himself. But from there, he is no longer shy about his need to lean on others, and he makes it clear that he is determined to help Raya rebuild the idea of community. Second, Tong takes very quickly to Little Noi, identifying her name where no one else did, and normalizing – ever so slightly, but it’s there – the idea of single fatherhood in mainstream media. Of the side characters, his was the one I was most interested in, and his place on the team was the most earned, given his motivation and morals.

And then, of course, there is Sisu herself. Awkwafina is totally engaging and gratifying. Her humor is balanced perfectly with the understanding that she is a dragon, and there is no mistaking her power of both body and spirit even as the voice actress’s trademark sharp wit shines through. What Raya expects of Sisu is different from what we expect, and what Sisu turns out to be fits neither expectation. And that is very, very fitting, because this film also teaches us not to get so caught up in expectations that you forget to keep fighting for what’s important and true. Though not the most powerful or capable of the dragons, Sisu is trusted by her brothers and sisters with destroying the Druun, and it works – charmingly reminding us that sometimes, when we feel small, belittled or incapable, knowing that someone else believes in you is a powerful spell all on its own. I adore this moment in the film because it destroys the all too commonly accepted argument in the mental health community that in order for someone else to love you, you need to love yourself first – here, we see Sisu, doubting herself and her abilities, looking around her to find her closest loved ones putting their complete faith in her. And she saves the world.

Although this is not the typical movie-musical style that we are all so used to from Disney, the soundtrack deserves a shoutout. James Newton Howard’s score is beautiful, hopeful at all the right moments. Disney films are certainly no strangers to the power of music, and in this one, it turns into a superpower combined with the mystical and magical effect simply showing a dragon onscreen has on a story. I especially enjoy the “Young Raya and Namaari” theme, as it evokes feelings of safety, of love, and somehow of trust – the kind that you’d feel as a child, before you realized how many things there were in the world to fix. I suspect many, like me, won’t be conscious of this while they watch the film or realize how sorely the reminder of innocence and unworried merriment might be, but I am grateful for it.

Aside from a few minor critiques, I thoroughly enjoyed Raya and the Last Dragon. It is funny, emotional, loving, gorgeously animated and genuine. All the right things at exactly the right time, and worth a watch or two. I confess, though I was not expecting to, I teared up a bit at the end, and I’m not entirely sure which emotion my tears were shed in service of. I only know, after I let the credits play and music fade out, I felt like things were going to be okay for the first time in a long time, and when I next exited my room, my housemate had left a small pack of tissues outside my door.