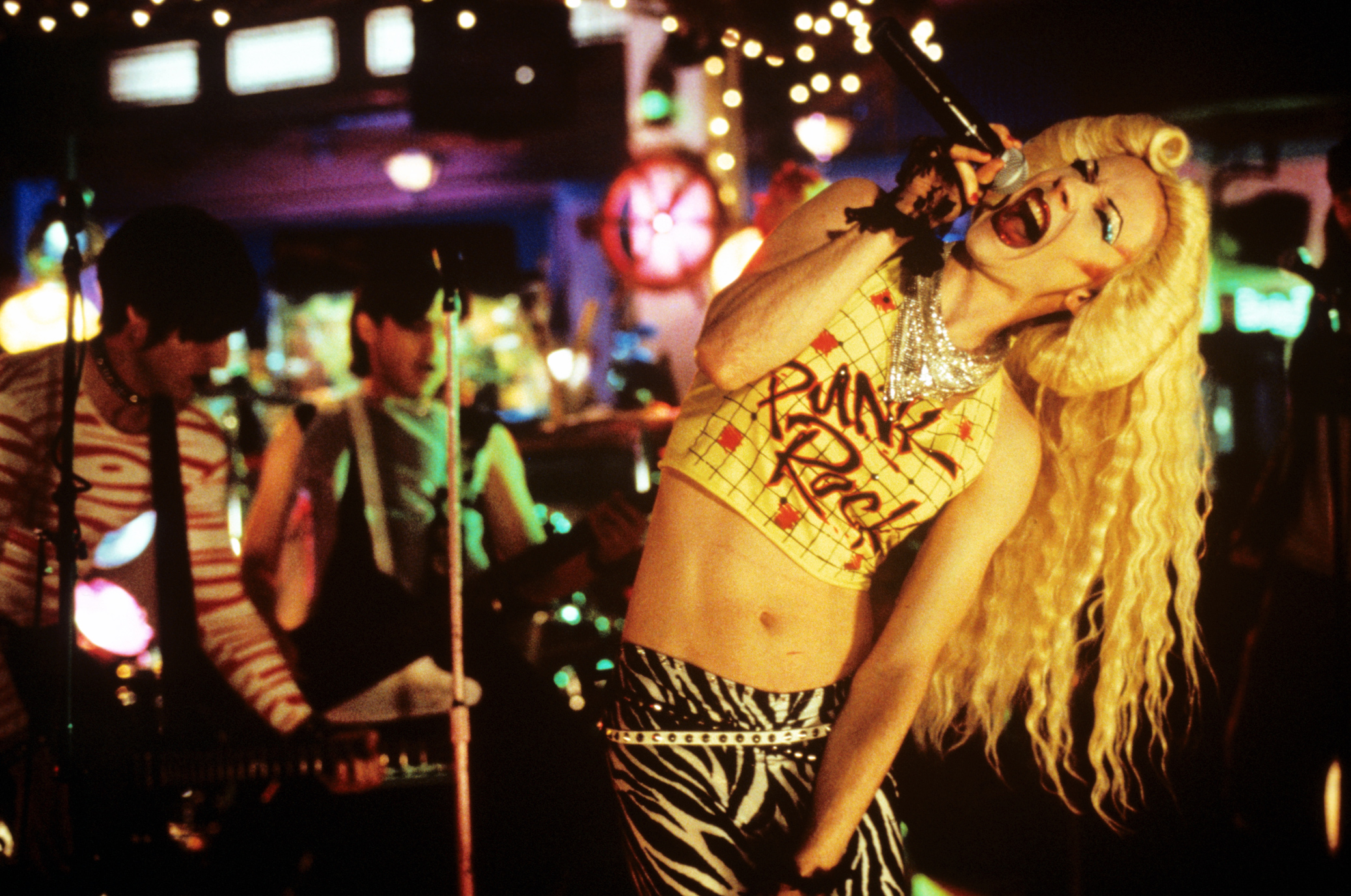 We will probably know the outcome of the election before most (or any) of you read this but at the time of writing, we are in the dark. I wanted to wait, there’s no reason I can’t, but I’m not going to. Why? Because today’s movie is the movie America needs right now.

My history with John Cameron Mitchell’s 2001 debut Hedwig and the Angry Inch is mostly unremarkable but long. For example, I spent last weekend visiting friends and the conversation came up several times about movie posters we remembered from our video store youths. For me they’re Scanners, The Evil Dead, Aguirre, the Wrath of God, and Hedwig and the Angry Inch. That’s what it was for me for a long time: A striking poster. It would come up in the odd book or podcast about cult movies but I didn’t get around to seeing it until sophomore year of college.

Though it feels conservatively like a hundred years ago, my first break-up laid me out. We’re talkin’ all of freshman year and into sophomore. I was functioning, don’t get me wrong, but I was experiencing for the first time the uniquely hollowing sensation of getting dumped. Where you don’t feel like a whole person and there’s a constant dull sadness in your mind. Then one day, while mired in my ennui, I met Hedwig and I was whole again.

It would be easy to write off John Cameron Mitchell and Stephen Trask’s “Anatomically Incorrect Rock Odyssey” as just provocative kitsch. Starting life as an off-beat/Broadway drag show, the film adaptation is gaudy, raunchy, and profane. The lead character (Hedwig, played by Mitchell) is a pop punk goddess that escaped East Germany following a forced gender re-assignment surgery that got botched and left her with the titular Angry Inch. “Where my penis used to be/Where my vagina never was/It was a one inch mound of flesh”, as she sings. But Hedwig is a beast of a wholly original nature with a big, wet, throbbing heart and soulful profundity that truly sets it apart.

This is Top 10, one of my favorite movies. Wildly original and pulsating with a rebellious creativity that allows for perpetually captivating filmmaking. From the reality bending camera work by Frank G. DeMarco to the mesmerizing animated interludes by Emily Hubley; it’s a trip and a half. And seriously, if you need to be sold on watching this movie, YouTube “Origin of Love”. Hubley’s animation is stunning. But it doesn’t stop there! Mitchell’s script is absolutely hysterical and deeply poignant. The intricately detailed heightened reality of the production design by the late Thérèse DePrez and the simultaneously fabulous and ridiculous costumes by Arianne Phillips give the movie a vivid, iconic sheen. The performances are perfectly balanced camp and sincerity and the MUSIC… Dear god, the music.

Written and composed by Trask, the soundtrack for Hedwig is a masterpiece. It has gone on to be reupholstered for a hit Broadway adaptation but it’s at its grungy best here. Every song is an ear worm, every musical number is a different style and attitude, and all convey an insightful punk humanity that makes each irreplaceable and invaluable. Both versions of “Wicked Little Town” are beautiful odes to either side of confinement and dissatisfaction, “Wig in a Box” is a boppy back and forth on insecurity and self image, and the climactic “Midnight Radio” is like a weary but affirming celebration of hard won battles and personal truths. I don’t really know how to write about music. I hope that made sense.

But all of this isn’t why I love Hedwig and the Angry Inch as much as I do. I love it because it’s about healing. It’s messy, Hedwig herself isn’t a particularly good person but the movie shows us why. And that mess is her. It can’t be clean because nobody is: Everyone’s everything is a mess. But it can be addressed and, ultimately, made peace with. In the documentary Whether You Like It Or Not: The Story of Hedwig, Kevin Cahoon (the third actor to play Hedwig on the stage) puts it, “You sit in the audience and you say, “I have nothing in common with a person who has sacrificed their manhood for freedom. Like, what do I know about that?” But as you go through the story, and her story is told to you, you say, “I have everything in common with Hedwig because I know what it’s like to want to be loved and I know what it’s like to search for your other half and I know what it’s like to not fit in.”‘ I am not ignorant to the fact that as a cis, hetero, white male my identity is not one that has comparatively had many struggles to find it. Hell, I felt unqualified writing about this movie because it’s a story that resonates much more deeply with a community I’m only an ally of. But that’s the power of this movie. It speaks a universal language of pain and resolution. It helped me out of a tough part of my life and I will always be indebted to it for that. So, Sugar Daddy, bring it home.

“All the misfits and the losers/Well, you know you’re rock and rollers/Spinning to your rock and roll/Lift up your hands.”