Chasing Him: What I learned from Satoshi Kon’s ‘Millennium Actress’ (2001) 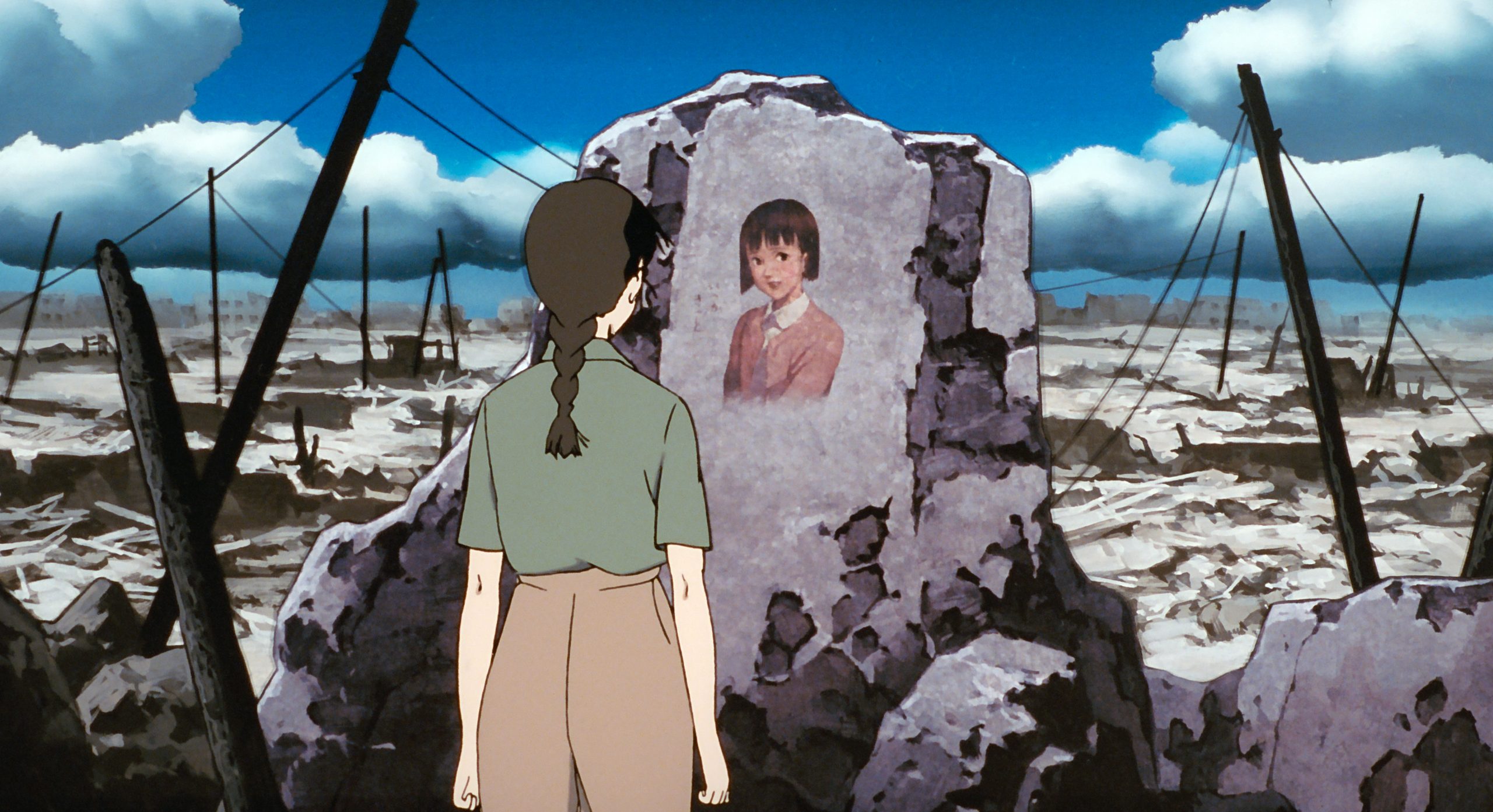 I didn’t say all I should have in my Deep Red piece. I had a mental flounder halfway through writing it, at one point I was going to turn it into an entire piece on Mario Bava’s Black Sabbath– It was a whole thing. I hope you got something out of it and more so I hope you watched Deep Red. Rest assured, there will be more Dario Argento in the future.

I’m not a big Anime guy. I’ve, er, dabbled heartily in the past but that mainly stretches to Cowboy Bebop and Hayao Miyazaki’s oeuvre. But in my dabbling, one name always came up in a celebratory yet solemn whisper: Satoshi Kon. The man directed four films and a miniseries before his untimely passing in 2010 at the age of 46. I haven’t seen the miniseries Paranoia Agent (2004) but I recently finished watching all of his features when I finally got around to today’s movie Millennium Actress (2001).

Before we get to that, though, I want to establish something about Kon’s canon first. His four movies were Perfect Blue (1997), Millennium Actress (2001), Tokyo Godfathers (2003), and Paprika (2006) and these are four practically perfect works of art. From the frenzied psychosis of Perfect Blue to the madcap antics of Tokyo Godfathers to the surreal intricacy of Paprika; his style was fearless and he proved himself four times to be a master of many genres. However disparate his works were, though, they’re unified in Kon’s unwavering compassion and humanity. And maybe his most compassionate film is Millennium Actress.

I’ve mentioned them before but the now-defunct YouTube channel Every Frame a Painting has an excellent video essay on Satoshi Kon’s editing. In it, they detail a technique he utilized often where he’d start a scene on a wide shot only for it to cut to a different angle, revealing that it was actually a character’s point of view. That technique informs the entire structure and style of Millennium Actress. The movie tells the story of Chiyoko Fujiwara, a once ubiquitous Japanese movie star who abruptly all but disappeared from the limelight decades before the film’s start. The story is framed as an interview between the now elderly Chiyoko and a reporter/die hard fan named Genya and his beleaguered cameraman Kyoji. Not a thrilling setup and honestly probably the reason it took me so long to watch it. Lesson #1: Don’t be a FUCKIN’ idiot.

The genius and joy of Millennium Actress comes from its execution. The interview spans Chiyoko’s entire career and starts in her adolescence. Then, at a pivotal point in the drama, it’s revealed we’ve been watching the climax of her first film. It’s jarring at first, especially because there is no narrative lag for the audience to ingratiate itself in the film’s new structure. It just seamlessly jumps to the next movie in her career and therefore, phase of her life. What follows is an exhaustively meta and mind bending odyssey through the body of an artist’s existence, blurring the line between fact and fiction by presenting her movies but overlaying them with her personal drama.

The main lesson to be taken away from Millennium Actress is from how it visualizes a concept. Kon was a master of this. In Paprika, he so accurately captures the confident lunacy of dreams that Inception (which HEAVILY borrows from it) is put to shame. The whole of Millennium Actress is Chiyoko and Genya’s reflections on her career. Her art and life mingle inseparably so the narrative is very linear but put through many, many genres. She has a life pursuit to find a wounded rebel boy she helped long ago but at one point she’s a warrior princess in feudal Japan so the boy is a kidnapped prince, at another she’s an astronaut and he’s stranded in space. It’s a brilliantly realized illustration of how art imitates life and/or vice versa. Then there’s Genya. His perception of the actress in question is mostly through her movies. He struggles to equate his dream of the ideal Chiyoko with the reality of the actress’ unfulfilled life, represented by his inserting himself (and a reluctant Kyoji) as side characters in her films. So he’s a samurai or another astronaut, aiding Chiyoko in her variously singular quest. I hope this is making sense. It does in the movie, building to a profound truth about life as well as the nature of story; that it’s all driven by unfulfillment. It’s the excitement, the tragedy, and the romance.

Kon distills the inherent dramas of the involved parties, understanding their driving forces and desires. But instead of having them talk about it like they actually are in the interview, he uses his medium of animation to project them all into an epic cocktail of humorous, heartfelt chaos. It’s the age old adage of, “Show, don’t tell”. Find the truth, the heart of your narrative and externalize it. As I said, there’s no easing into Millennium Actress but once you’re in, you’re in.