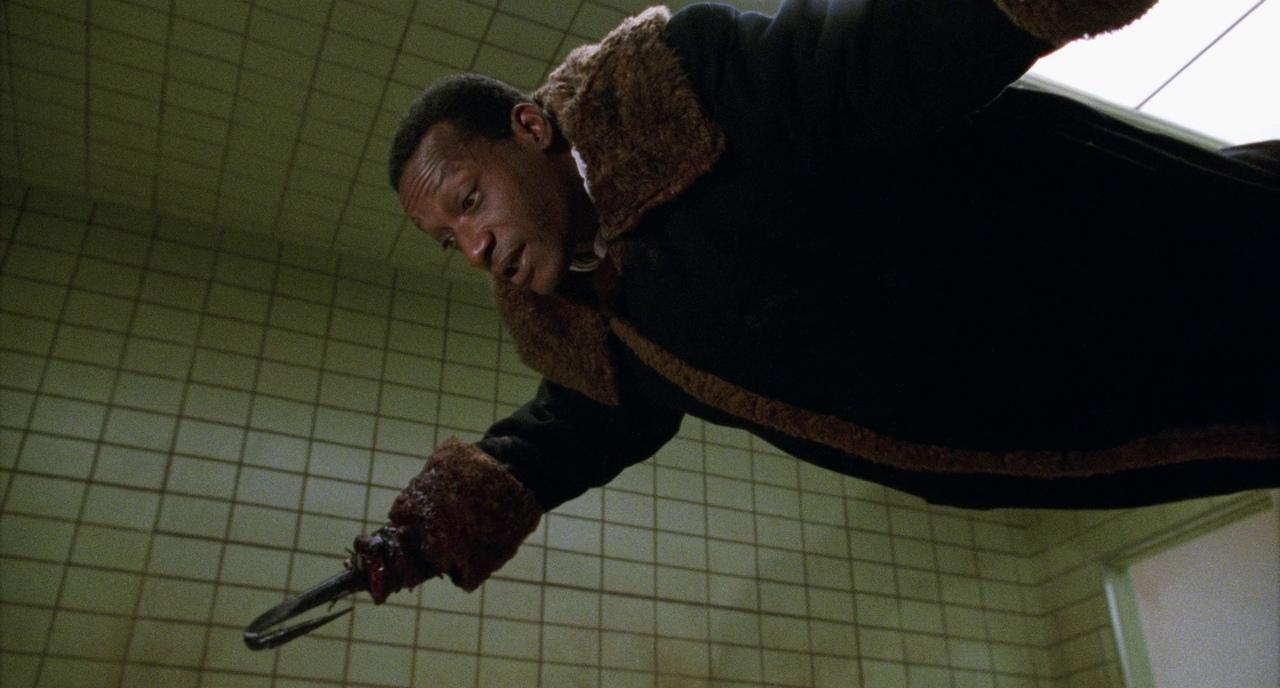 I saw Candyman (1992) for the first time at the Logan Theater for a midnight screening not too long ago. As a horror genre lover and local Chicago resident, I was quite taken aback by what I thought would just be a basic horror cult film. Beautifully crafted with a terrifying narrative, it’s not only a depiction of Chicago’s history but stands as a time capsule for certain issues that still persist today. It also holds significance as a cult film entry in the black horror film catalog, which Jordan Peele (the film’s co-writer and producer) would argue there are far too few of. Not too long after I saw the film, principal photography for the remake began in Chicago. It’s directed by Nia DaCosta and helmed by Peele’s production company, Monkey Paw. The first poster for the spiritual successor of Candyman was just released as you can see below: 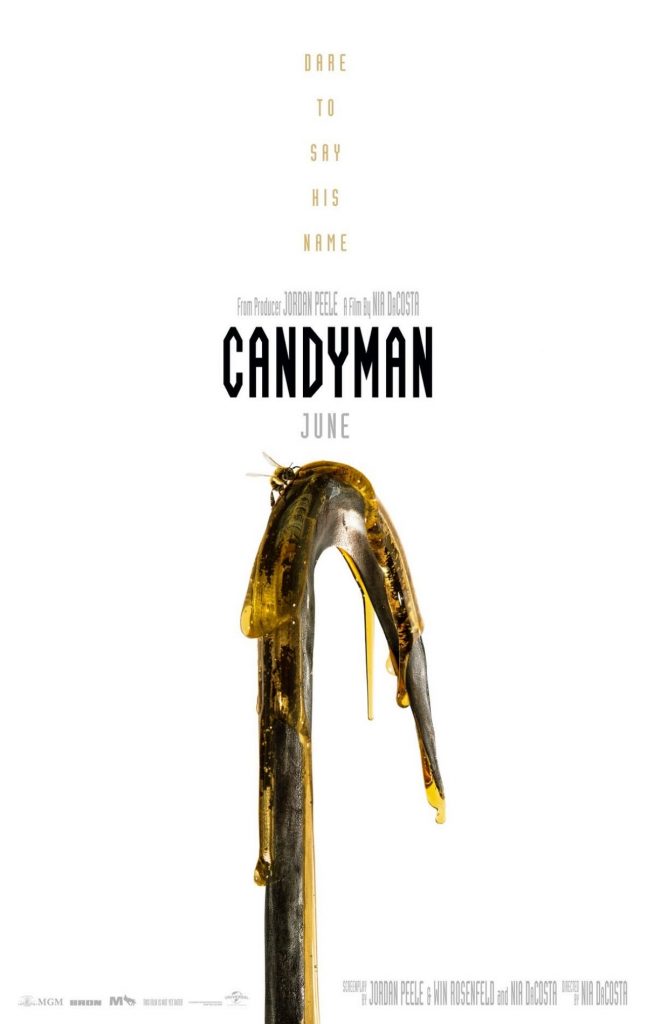 What do you guys think? A little cold and clean I think, but exciting nonetheless.

The original Candyman was shot on location in what was then the Cabrini-Green Homes. The newly paved apartment houses, in which the main character lives, are paired against the slowly decaying projects where the Candyman resides. Once, the buildings were one in the same. Now, the revamped film takes place within a newly gentrified neighborhood of the same location. Hopefully, DaCosta takes this issue head-on and creates another genuine genre film of terror and cultural relevance. We’ve seen films within the last decade or so created purely out of the filmmakers’ ideas and influence of cult films, trying to establish one of their own. Let’s hope the film doesn’t suffer this same vain mistake. I’m also just interested in how it develops Candyman’s lineage. Will the original be referenced since this is a spiritual successor?

Now that she’s had some buzz from her highly regarded thriller debut Little Woods, it’ll be exciting to see what DaCosta has in store for our senses. And as a side note, let’s hope the score lives up to the original’s incredibly underrated compositions by Phillip Glass. Who would’ve thought! But if DaCosta gets to snag Peele’s two-time musical collaborator Michael Abels, I think we’re in for some good vibes.

Update: New trailer is out! Check it out below –

Davy grew up mormon in lalaland, Ca. Upon leaving mormonism, he began studying at the School of the Art Institute of Chicago and got lost in the snow. It was there he started tinkering with film and sound arts. Now a programmer for Slamdance Film Festival, Teacher at Marwen, and freelance sound artist/music composer for film, Davy also loves writing about everything cinema! Check out his oddball posting habits or take a look at his work.