“Because truth is the only thing we can afford”: What I learned from Chloé Zhao’s ‘Songs My Brothers Taught Me’ (2015) 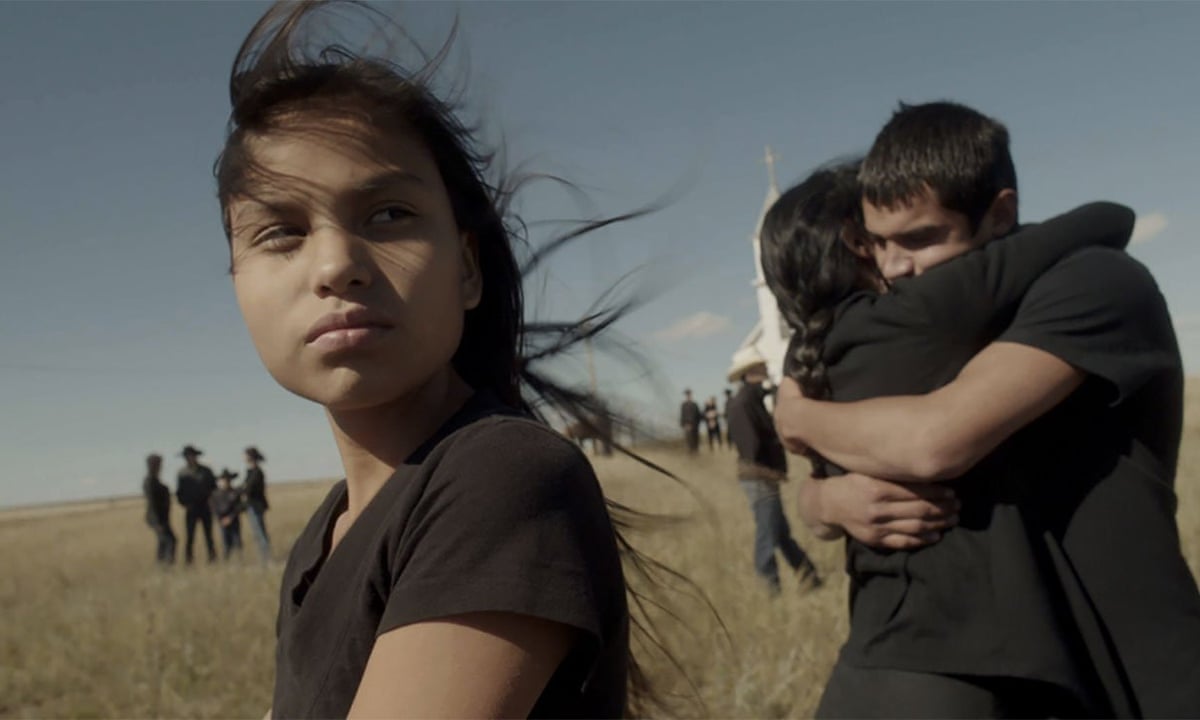 Let me take you on a tour of my “process”. I will decide on a movie I want to write about. Lock it, load it. I will proceed to mull it over- deciding just what I want to talk about- and over and over- until I start to lose faith- and over and- then I start thinking it’s a bad idea- over- and then I talk myself out of it so thoroughly that I never want to look at another scrap of celluloid again. This is all to say I’m running late in my personal deadline and I need to mull over Jûzô Itami’s Tampopo (1985) some more.

So what to do? I could write about one of my favorites but who wants to read that? I could talk about whatever I watched last but I don’t want to. So I settle for the middle: A movie I love that I just discovered recently. Enter Chloé Zhao’s 2015 feature debut Songs My Brothers Taught Me. Shot in a documentary style and featuring a cast of predominantly non-actors, it’s a harsh but intensely human glimpse at life on a Native American reservation. It’s also not a kind of film I frequently seek out. That’s not intended as a slight; I have bizarre and (as many have informed me) often crap tastes in movies. Stripped down productions featuring non-actors just don’t usually speak to me. Not enough werewolves, maybe. But Zhao’s 2017 movie The Rider is apparently amazing and now she’s directing The Eternals for Marvel Studios so she’s clearly a formidable talent to be studied. And why not start at the beginning?

Songs My Brothers Taught Me is about as close to a “slice of life” as that phrase insinuates. It follows Lakota Sioux brother, Johnny (John Reddy), and sister, Jashaun (Jashaun St. John), and their lives on the Pine Ridge Indian Reservation in South Dakota. Their absentee father has recently died in a house fire, their mother is fruitlessly trying kick alcoholism, and their brother is in jail. Johnny dreams of moving to Los Angeles with his girlfriend while Jashaun struggles with the prospect of essentially being left alone once Johnny’s gone. It would seem to at least skirt melodrama but it never does. The story and script (credited to Zhao) were apparently heavily mined from Reddy’s own life and experiences.

Born in Beijing, Chloé Zhao graduated from Mount Holyoke with a bachelor’s in politcal science. I tell you this to firmly establish how unlikely it was that she would make this movie. From what I can find, Zhao seemingly visited Pine Ridge out of curiosity and became fascinated with it. In an interview conducted with her and producer Forest Whitaker (!!!) when the film was at Sundance, Zhao describes her love for the heartland of America: “I’m attracted to the part of America that I think is disappearing. These forgotten places that carry so much history (…) I’m attracted to cultures and places, doesn’t matter where, that might not be here in twenty years.” In that same interview, she talks about how much time it took her to ingratiate herself into the Pine Ridge community. She spent years formatting and reformatting the story’s narrative, diving in and choosing who and what to focus on as she went. She continues from that quote, “And why do those people choose to stay there instead of moving away and moving forward and what does that mean? How do they want to be remembered? And I want to be a part of that and capture that.”

Earlier I mentioned the documentary style of the movie. The camera feels very observatory, that it’s only on to capture any and everything. Zhao and her cinematographer Joshua James Richards films the environment richly and honestly. Sometimes it’s ugly and sometimes it’s breathtaking. Occasionally it’s both. It gives its narrative a genuine spontaneity. There doesn’t seem to be much written on most of the cast’s lives before and after but few seem to have pursued acting. They give marvelous performances, fully conveying their characters’ (and, as most of them are from Pine Ridge, possibly their own) boredom and fears and joys and risks and dreams and realities. I have no right to speak to the authenticity of what is presented but it feels real. That’s the big lesson here. Zhao is an outsider to this community, a generally dubious position for any artist to assume. It’s a life and experience she (and probably most of the audience) does not come from and obviously can never fully understand (a fact she is vocally aware of). But she committed years of her life to Pine Ridge and the people who live there, to adapt their stories and document their world. In her inherent detachment, she is free to capture all sides. The good, the bad, and (most commonly) the neutral. She observes thoroughly and fully, creating an immersive work steeped in love and pain and legacy.

I’m a big fan of random double features. Two movies with no connective tissue, watched back to back. The night I watched Songs My Brothers Taught Me, I preceded it with Terence Young’s Red Sun (1971). It’s a fun enough late-Hollywood Samurai/Western buddy film until it (perhaps inevitably) climaxes in a despicably dated vilification of Native American warriors. Time and place is a conversation for another day but it was a stark contrast to see Native American life depicted in two films from such WILDLY different times and philosophies. Suffice it to say, I much preferred Songs. It is an invaluable window into another part of the country that is historically neglected and condemned.