B Roll: Sympathy For “Black Hawk Down” 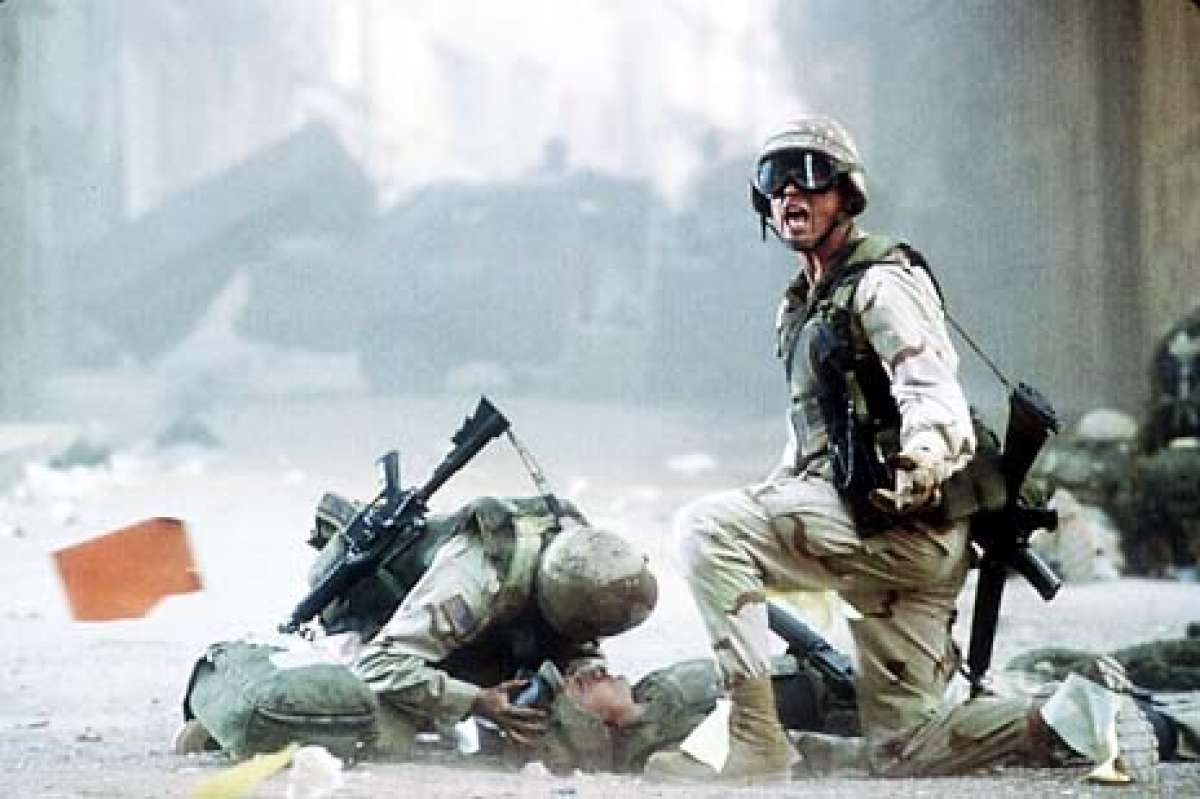 This movie screams early 2000s but overall it holds up well. I will say, that it made me feel very squeamish and visceral during the scene when they operate on one of their friends legs, I had actually wanted to look away, and that’s pretty amazing. The surgery scene is intense. Some people have told me that it’s a tie between Black Hawk Down and Aliens as Ridley Scotts masterpiece. Interesting. Quite clearly this movie is stylized and it’s made to feel overwhelming. The impressive ensemble is blurred, the hyper fast editing style intercuts with chaotic montages of war.

I’m not a huge fan of war films, they have to be executed by a specific kind of director with a vision, like Full Metal Jacket for example. But I would say that I more than tolerated this film. It also does a great job of really making the movie feel immersive and dropping you right into the environment. It works in removing stigma, a detachment, a form of disassociation. It allows for the audience to sympathize with the combat troops instead of seeing them as something so out of grasp that it becomes de-humanizing.

This movie is a political time capsule. It did a good job of capturing the tension that was rising during this time. I like that Tom Sizemore was in this film. If I spot that guy in a movie I know that it will automatically be fun. I recently re-watched Strange Days and his performance in that film is memorable. Black Hawk Down is a special kind of film because it’s the type of movie that a certain group of guys watched over and over again in high-school or in college and it’s known for this. It feels generational, connected to a specific line of consumerism. Overall I think people like this movie because of the hardships these guys face and the overwhelming need to to rise above it. This movie does not go out of it’s way to glorify war. Although it does feel like war porn. I am reminded suddenly of that argument, that states, that just by depicting war in a movie you are inherently glorifying it. I digress.

I like the Hans Zimmer music in this film. We all know that everything he touches turns into gold. Even when he doesn’t put in an exuberant amount of effort. The cinematography is also something to behold. This movie kept me captivated the entire time because of the way it was shot. This film is lacking a certain emotional connection between the characters and the audience. There is a certain disconnect. You only feel for them up to a certain point. It’s about the experience and gaining an understanding and less about identifying with any one specific character. The more I think about it the more it makes sense to tell the story this way.