B Roll: Context In A “Bubble” 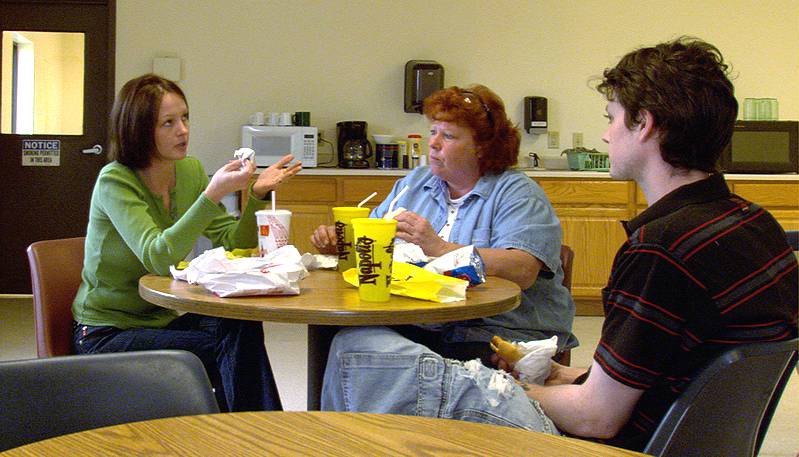 Steven Soderbergh is like a chameleon, bouncing in between many different genre styles, trying it all and trying nothing at the same time, he swings from Hollywood ensemble studded glamour pieces to visionary attempts at reinventing the cinematic form. This movie was a risk to make. And in my eyes it paid off. One has to look at the context of Steven Soderbergh’s filmography when judging this film. There are certain filmmakers, artists, works of art, where context only increases the level of appreciation. Harmony Korine is like that. It doesn’t make them a bad artist or filmmaker. It means they operate on a different level of perception. There is a different level of nuance. This is the case with this film.

I remember seeing this film and feeling like I could actually make a movie. There were certain filmmakers, while I was in my “formative discovering cinema” days of Kims Videos past, who showed me how practically realistic and possible it was to make a great movie on a tight budget. It is interesting to me because Bubble is an experiment in every sense of the word. I love the feeling of the movie and how this film is like a big budget elite version of a mumblecore film in some ways. I went through a serious phase in high-school where I enjoyed films that were meditative and extremely simple in their aesthetic reflection. The movie Elephant comes to mind as one of those films. This movie is haunting and brilliant in the way it captures a small town living experience and interjects it with a dark undertone beneath all the mundane events.

Steven Soderbergh is very hit or miss for me. But I can respect the fact that he seems quite restless and almost bipolar in his cinematic output. My favorite Soderbergh film is probably this one tied with The Girlfriend Experience. Which may seem odd. But has more to do with when I saw the films and where I was in my life. I remember going to see The Girlfriend Experience during its premiere at the TriBeCa Film Festival. I was a film fellow at the time, a sophomore in high-school, and I was blown away by the entire event, this entire spectacle, set up around the viewing experience of a slice of life muted drama starring an ex pornstar. It felt…what’s the word? Ethereal.

I am not as big a fan of Soderbergh’s big budget Hollywood films. And I wonder how he is going to age with time. Probably very well. He has a lot of different kind of content to exist in different spaces for a long time. Maybe that’s what he was after all along? Bubble is unique and it deserves to be recognized for this fact. The way this film captures this part of America feels important and swift. This movie has imagery that feels familiar and therefore stays with you long after it’s gone.