Feb 19, 2021 b roll, back to the future, basquiat, peter greenaway, scorsese, sebastian sommer 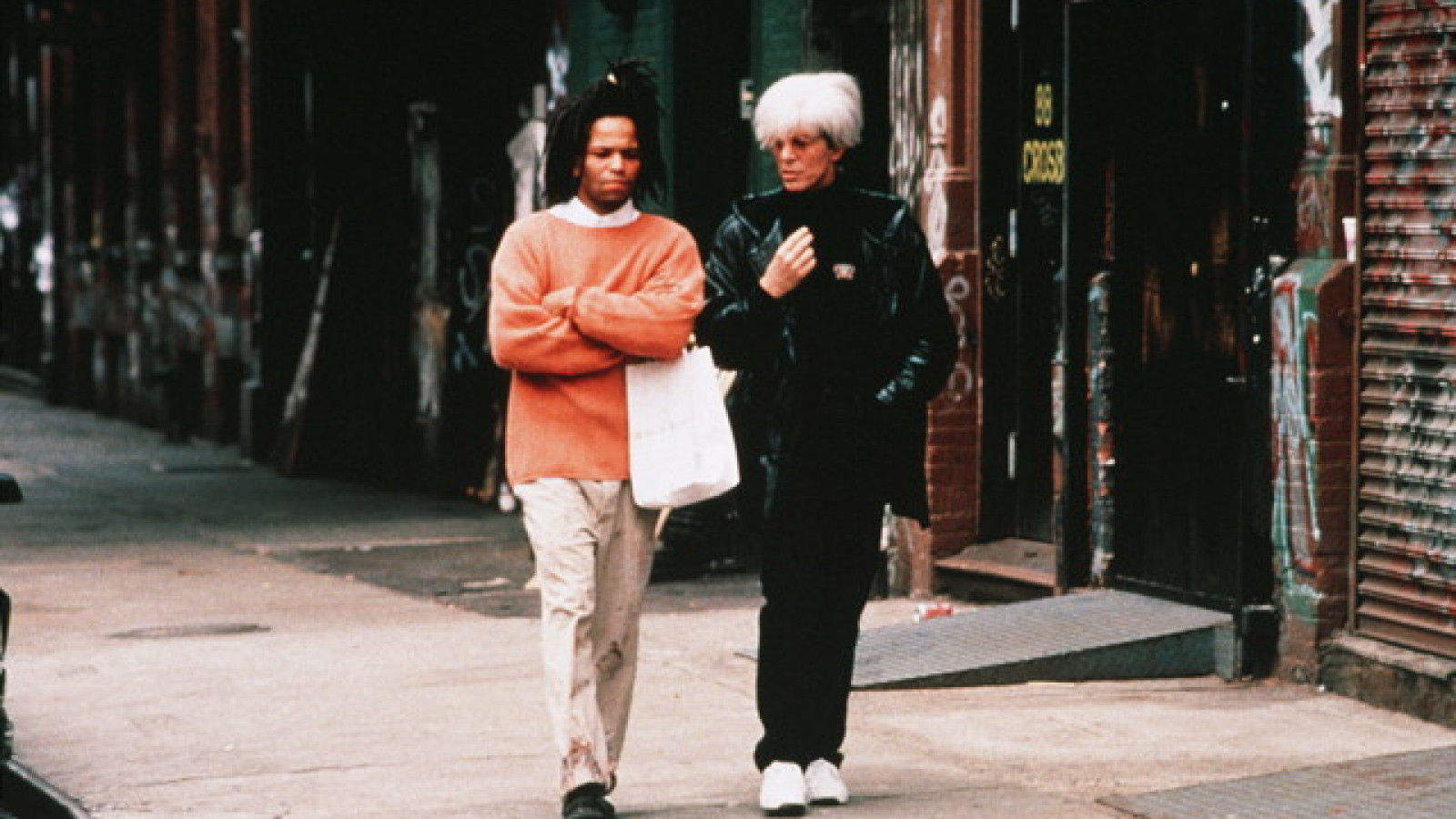 Rest in peace to the Back To The Future ride at Universal Studios. It never failed to make me nauseas and has subsequently been replaced by The Simpsons ride, which makes me feel nauseas 50% less. Back To The Future is funny to me because it has future in the title but it mostly takes place in the past. This film is about the way experiences in our past can have an affect on our future. Essentially it’s about the butterfly effect. But they did it by creating memorable and iconic characters. As well as a very memorable and iconic vehicle. This movie follows the laws of The Matrix trilogy or The Godfather trilogy. The first movie is the best. And they subsequently get weaker as you go. But I love Back To The Future. And I liked the second one more when I was younger because of the future element. That film and Minority Report were my jam. These movies got me into cinema at a young age. I would show my future kids these movies. I would also take them into a time machine to bring them to the Back To The Future ride so that they could ride in a simulated time machine in a theme park.

This movie holds a special place in my heart for a multitude of reasons. I’m a fan of David Bowie and seeing Bowie play Warhol in this film is pretty fucking great. I was close friends with Stella Schnabel at one point in my life. I’ve been to that greenwich village swimming pool. I’ve seen her dads art in front of my own eyes. I feel as though I know the world in which this film is depicting. And that feels a bit strange. In a good way. I personally love when an artist is successful at being a narcissist. Or “gets away” with being a narcissist. And there is no way you can watch this film and think it wasn’t made by someone with narcissistic tendencies. Julian Schnabel wouldn’t have cast Gary Oldman to play himself if that wasn’t the case. But it’s a good movie so it’s ok. Forgivable. Excusable. And he was actually there, to witness Basquiat and Andy Warhol, so it’s not that far from the truth. I think Benicio Del Toro is overlooked in this production, his performance is raw and understated. Necessary. I also have a big crush on Claire Forlani. My 90s dream girl. She automatically elevates every movie she is in. Basquiat is a film that takes a bunch of creative liberties with depicting creative peoples lives. And I don’t think this is a bad thing by any means. Let Julian have his take on what happened. It’s more interesting than a standard documentary on the subject. I am fascinated by this movie because of the atmosphere it depicts in the downtown NY art scene. An atmosphere that came long before I was born. Leaving only broken remnants in it’s wake.

This movie works because of how bizarre the story is and because of how compelling John Malkovich is. It wasn’t until Burn After Reading that I began to appreciate Malkovich and what he had to offer, then watching this movie cemented my feelings. John Malkovich is like Christopher Walken. Or Bill Murray. It seems post post post post post modernism has been kind to their careers. Malkovich was able to find a place in the rare and sweet middle center, where you become almost like a parody of a parody of yourself. The perception of your performance circles back in authenticity so it feels new again. Like Christopher Walken in Envy, it feels like he’s riffing on himself, like he’s doing a depiction of himself, which few can pull off correctly. Realistically. There are certainly actors who have strived to hit this place and have failed. Robert DeNiro is one that comes to mind. Nicholas Cage has finally got to that place. There was a moment when he was just a parody of himself, but he has turned that around. I appreciate Spike Jonze and Charlie Kaufman for bringing the meta self aware style of filmmaking to a mainstream discourse and validating it with this movie. And for making me feel un-attracted to Cameron Diaz while watching this film. That’s not an easy feat to accomplish.

I’ve said this before and I’ll say it again. Peter Greenaway is in my top 5 favorite filmmakers of all time and I believe audiences haven’t fully gotten around to discovering this mad man, this genius, this intense creator of beauty and horror. He needs a full on criterion treatment of his work. I demand an extensive Greenaway box set in my lifetime! Or else! I can’t name another filmmaker who depicts reality in such a maximalist and yet grotesque manner. His work feels like Alejandro Jodorowsky mixed with Wes Anderson at times, only this doesn’t even get close to describing how unique of an experience it all is. This is an interesting film because it explores the life of an architect, a career we rarely seen depicted. An illness is eating the protagonists stomach, similarly to the way the roman characters are eating away at his ego. The way the setting is portrayed in this film is absolutely flooring. Rome looks beautiful. Glowing. Ethereal. This film is perhaps the filmmakers least resistant piece of work. It’s his least abstract. Which is not a bad thing. The Belly Of An Architect and The Cook, the Thief, His Wife & Her Lover may very well be his most accessible films. They are the ones I would show someone before showing them the real deep cuts.

This is the most overlooked Scorsese film of all time. It’s the perfect kind of film to watch when you’re up late or off an edible as it would match the atmosphere of this film. I think it’s one of Scorsese’s best looking films, his collaboration with cinematographer Robert Richardson is on point. This depicts an old NYC that doesn’t exist anymore. I wonder if this film doesn’t get as much attention because it’s close in proximity to Taxi Driver. But this film slaps. It has a wild exuberance that is hard to match and it’s memorable for it’s over the top performances. And it’s overarching feeling of dread. Nicolas Cage is great in this film and I feel that his performance in this movie is going to become more and more appreciated with time. Another thing I love about this film is the music. You know how it is with Scorsese and his love of music. And this film it really shows.