B Roll: Celluloid Of Horror 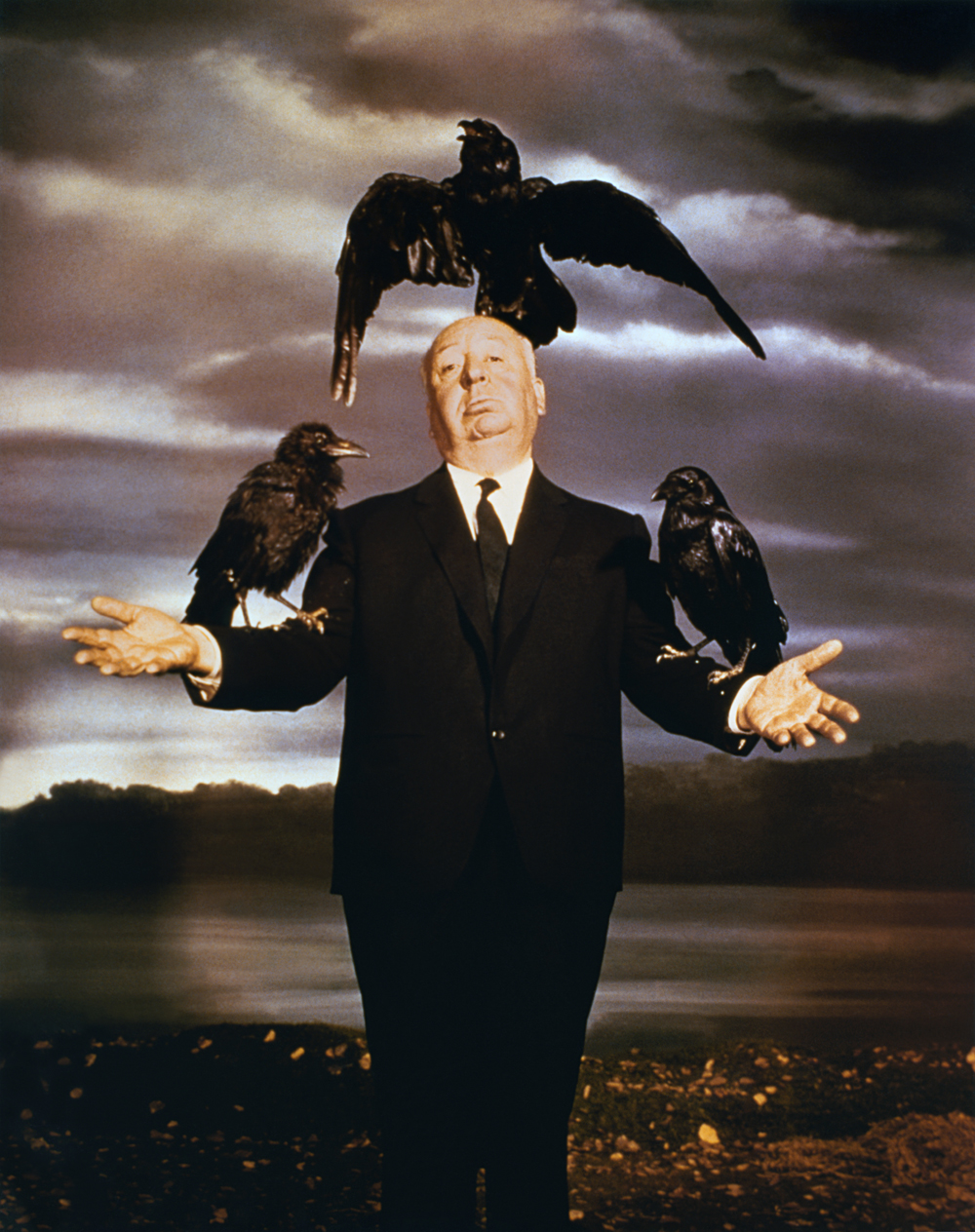 I like the town this movie takes place in. It’s exactly the kind of town I hope to move to some day, a boat town. I like the name Bodega Bay, with it’s neighborhood restaurant. I like the classic ‘cat and mouse’ game between the couple when she drives back on the boat and he is driving back in the car, you can feel the energy, the anticipation, which is incredible downright magical for something made in 1963. The thing about Hitchcock is that he opens us up to scary concepts, more so than making a film that is scary in a sensory way. It sticks with you because the idea is terrifying. Birds coming together to attack humans randomly…that is a scary phenomenon. This is what makes Hitchcock timeless. The Birds is perhaps his goriest film, which doesn’t say much, but when you see people with their eyes pecked out of their head, it’s still a bit shocking. I love that this film is in color. The scene with all the kids running from the school is iconic. The movie is ahead of it’s time, especially when it becomes full chaos mode, with the fire and the telephone booth. It’s quite trippy actually. You can see films that are made now like Climax and Mother! and the influence The Birds has on chaos within a frame. This movie is art.

I can safely say that William Friedkin is in my top 5 favorite filmmakers of all time. His versatility as a director, the different subject matter in between each film, it’s very impressive. He is not afraid of macabre subject matter or controversy. He is still killing it in his old age and keeping it exciting for everybody. Bug is an excellent example of the “crossover between play and film” genre, where both are good. I like the way they use fluorescent lighting. The line “I pick up on things and that makes people uncomfortable, things not apparent.” gives me chills. The line “I am the super mother bug!” is unforgettable. This movie feels more relevant than ever, with conspiracy being so popular in the political sphere of culture, permeating through echo chambers on the internet. It’s a freaky movie. Perfect for Halloween. Two people who have faced trauma meet each other and bond, eventually losing their minds together. You see the way people lose their grip on reality, the way it becomes gradual, infecting their brain with irrational thought patterns. Michael Shannon delivers a knock out performance in this movie. I’ve seen him on the streets of NY twice. One time I had left my friends apartment in the East Village and I lit up a cigarette. It was lightly raining and I was standing under an awning. Who approaches me? Michael Shannon. He’s been filming something in the neighborhood. He asks to bum a cigarette and in exchange I ask for a selfie. “Aw but my nose is all fucked up” he says. He has a scrape on his nose that has scabbed over. “Whatever” I say. “I’m a big fan.” He complies and we take a picture together. I give him a cigarette and he walks off. The next time I saw him was a couple years later, in Brooklyn. I was on my way to a bagel spot in Cobble Hill. Who walks by? Michael Shannon. He sees me notice him, gives me a wink, and keeps walking. I doubt he remembered me.

Memorable. Bizarre. Disturbing. Beautiful. What exactly is going on? Watch this one and you’ll think the same things. Influential is another word. This film impacted artist Marilyn Manson, even going so far as to hire this director for two of his videos. I like the way this film explores spirituality in a non-conventional sense, tapping into various myths about creation. The images created in Begotten transcend the medium itself. Watching this movie on a big screen in the complete darkness would be the creepiest Halloween experience. Do not watch this movie if you don’t like watching something open to interpretation.

David Cronenberg gets autobiographical, commenting on his experience with his divorce and shortcomings in his marriage. This movie is like Mother! in that it also depicts a mans subconscious terror with childbirth. The little girl from this movie and the little boy from The Shining should get married. I like the locations in this film a lot and it feels like a time capsule. Like when I look at photos of my mom during this era. The atmosphere is great, genuinely creepy, and the way it deals with terror within a clinical and psychiatric context is great. This movie reflects the new age science community that was breaking into the 1980s. This is nowhere close to my favorite David Cronenberg movie, that would be Existenz, but it’s an important movie in his filmography and one that is still good to watch during the halloween season. The music by Howard Shore is also memorable, all his collaborations with Cronenberg are god-like.

I think Darren Aronofsky is both underrated and overrated at the same time. I went to see this movie in theaters with my mom when I was 17 years old and it was a bit awkward but I left the theatre in awe. I love this movie. It’s impressive that Aronofsky made this movie and The Wrestler back to back, both are thematically similar and have similar main characters. The making of this movie is as legendary as the film itself. The struggle! Mila Kunis gives an underrated performance. This movie is a psychological nightmare in the perfect way.

I tried watching this movie and I couldn’t get into it. I appreciate the vibe, the aesthetic of the opening credits, that it was Steve McQueens debut, it’s cultural significance, and I understand why it was picked up by the Criterion Collection…but ultimately it was too slow for me to fully enjoy it. There was not enough for me to stick with the film. I like the way the colors look in movies from this era. I like the scene where everyone is running away from the blob monster and screaming. It reminded me of that scene from The Birds, which is a much better movie in every regard.

A staple of Michael Haneke’s work is the examination of characters who will do anything for love, embrace sociopathic tendencies, and experience unpredictable acts of violence. All of these are on display here. This is another movie that feels more relevant than ever with it’s thematic message. The main character is a filmmaker who becomes heavily influenced and de-sensitized by gore videos. Something that has happened to a whole generation of kids raised on the internet. I wish I could remake this film starring a famous Youtube star. Parallels can be made between Benny’s actions and Logan Paul in the suicide forest for example. You can’t deny that a level of disassociation is involved. Michael Haneke could see into the future? This film is creepy and leaves you with a weird feeling afterwards because the characters don’t react the way you would expect them to react. The way Benny’s parents handle the entire situation is also telling of why Benny found himself in that situation in the first place. Michael Haneke likes playing with audiences expectations and there are flashes of that in this film. Watching Benny’s Video made me want to host a double feature night, with this movie and the 2008 film Afterschool which explores similar themes.

This was a fun one. I had no idea it existed! Showtime wanted to make a horror anthology show and ended up just making a movie. John Carpenter and Tobe Hooper are behind the directing wheel. I like all the cameos. I even like John Carpenter as the narrator character. My favorite vignette is the first one but the others are still worth checking out. This is a good mixture of energy and talent.