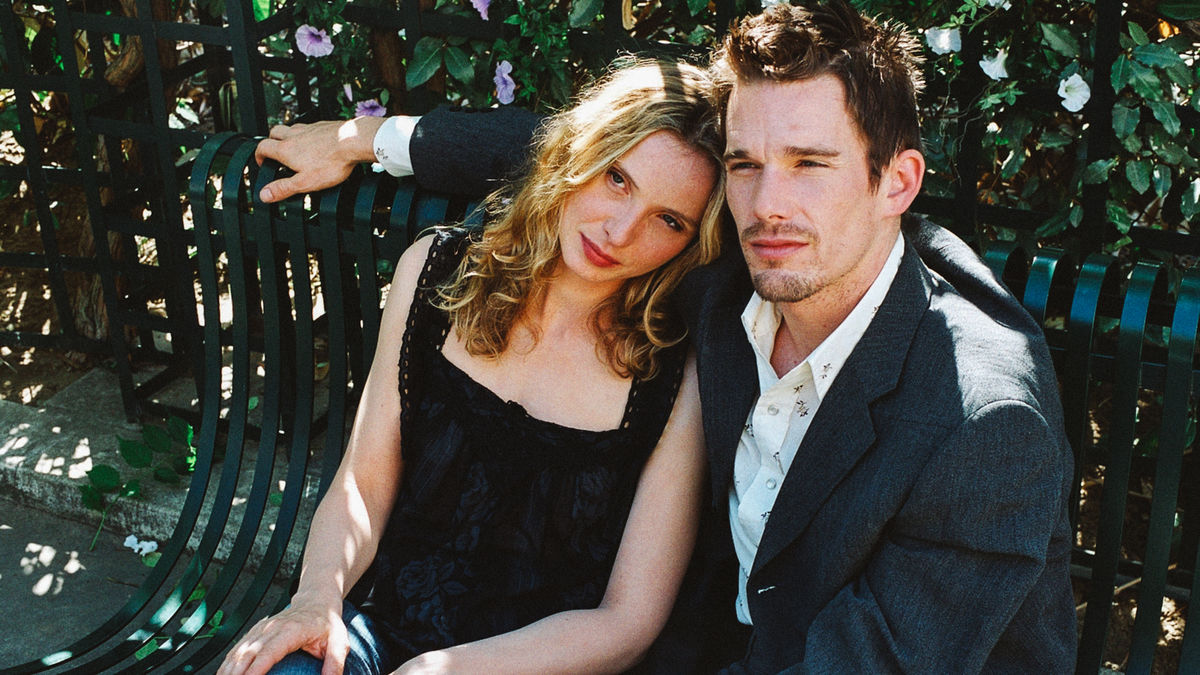 It’s true…I can be a romantic guy sometimes. I know I have my “tough guy” NYC exterior but I can be the sweetest actually. This movie in particular is good at pulling at certain heart strings. This is more than moviemaking this is also poetry. In my opinion Before Sunset is the best film of the bunch. With Before Sunrise coming in 2nd and the third one coming in last. Naturally. It’s a rare treat where the second film is the strongest, yet you need the first one to establish the characters and their bond to make the 2nd one impactful. The actors have great chemistry and their attraction feels incredibly organic. This film also proves that less is more, with the last scene ending in that way for the audience to fill in the blanks. This is also a movie that is a master work in cinema in that it makes an entire movie about a couple walking around and re-connecting as exciting as a superhero movie about the end of the world. If not more exciting because of the way it portrays honest truths within the foundations of human connection.

Richard Linklater is a boss in how he manipulates time within his filmmaking power structure. I feel like that sentence either resonates or sounds like complete gibberish depending on who you are. My favorite part of Linklater as a filmmaker is his philosophical bent, which may turn some people off but for me it’s a major turn on. I was going to get a minor in philosophy, with a major in film at NYU before a really good friend of mine passed away from an aneurysm, sending me into a bit of a spiral in which I dropped out and became an assistant editor on a film called “Yosemite” with James Franco as the lead. So you can see why I would like his style of filmmaking a bit. Waking Life was eye opening to me and it’s revolutionary in concept and in execution. His underrated films “Suburbia” and “Tape” stand out to me as excellent. I like the philosophical film bros. I don’t think there are enough to be honest. Tarkovsky is another one. Ozu is another great one. We need more!

For some reason as I write this now I share a strong nostalgia for this movie theater on 86th St between 2nd and 3rd avenue that closed down last year. I remember seeing the third film in the Sunrise trilogy at that theater and I wish that it still existed. I had always said that if I made a feature film I would like for it to play at this theater. It is on the same street as the Fairway and is near the Papaya King on the corner. You become accustomed to seeing things come and go frequently when you grow up in New York City but this theater had existed for a long time. Someone should bring it back.

B Roll: Committing To “Berlin Alexanderplatz”

“In essence, I think the miniseries is a faithful, yet rather flawed adaptation of the sci-fi masterpiece...” #chicagofilmscene
https://chicagofilmscene.com/off-the-beaten-path-frank-herberts-dune/

What's the first movie that comes to mind when you think of the word "blue"?

Quit While You’re Ahead With “Blow” https://chicagofilmscene.com/b-roll-quit-while-youre-ahead-with-blow/

“...deals with isolation, the singularity of existence, and the paranoia of finding yourself in an environment where you might not be alone.” https://chicagofilmscene.com/b-roll-the-significance-of-the-blair-witch-project/

“...the miniseries is a faithful, yet rather fla

“...Escapist cinema. I will admit that I am late

More articles on the way 🙌🏼 #chicagofilmscen

Be on the lookout 👀👀