B Roll: At The Beach

September 2, 2020October 4, 2020 Sebastian Sommer
Summer is officially over.
I have put together an essay of fragmented thoughts about the following movies: The Beach, The Beach Bum, Beach Girls, Beach Rats, Beach Party, and last but not least, Beaches. 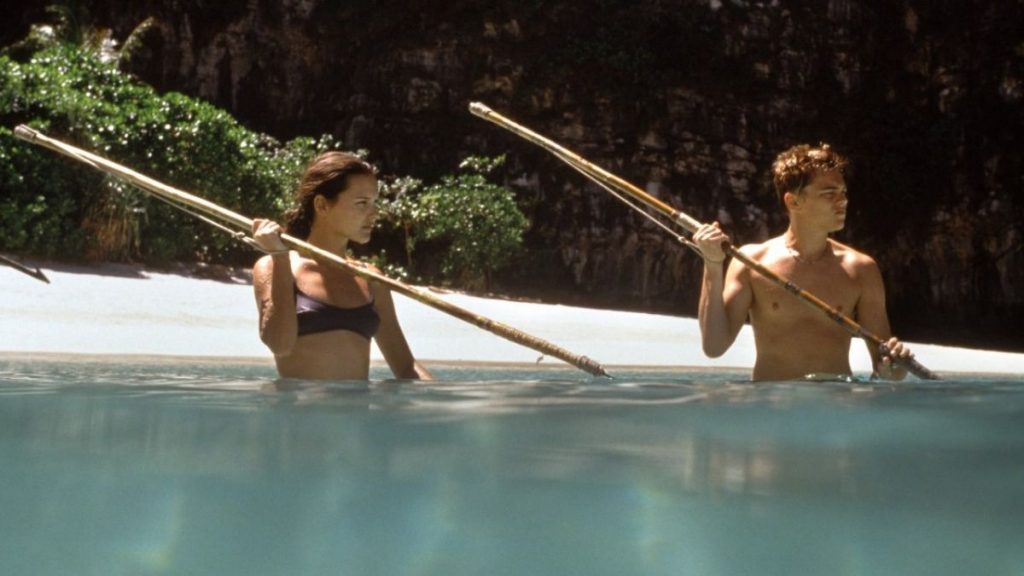 This film has a unique rhythm in it’s editing style that I thoroughly enjoy, it feels very “cinematic” in a fluid way. Overall I feel like The Beach was unfairly treated when it first came out. The critics did not do this ethereal adventure any justice. There is a lot to love in this movie. There is also a lot that one could hate. And maybe that’s why this film sticks with me so much. I love a movie that is genuinely divisive. I would describe ”The Beach” as more of a sensory vibe, it’s something to be experienced, and Tilda Swindon is a stand out in the film. The director Danny Boyle is notorious for wrecking the third act of his movie and that does happen here, but it doesn’t bother me as much because it happens so strangely. The music is great, it adds to the hypnotic rhythm, and this movie is funny in ways it doesn’t intend to be…but that makes me like it more. I would like to experience seeing this movie on the big screen. 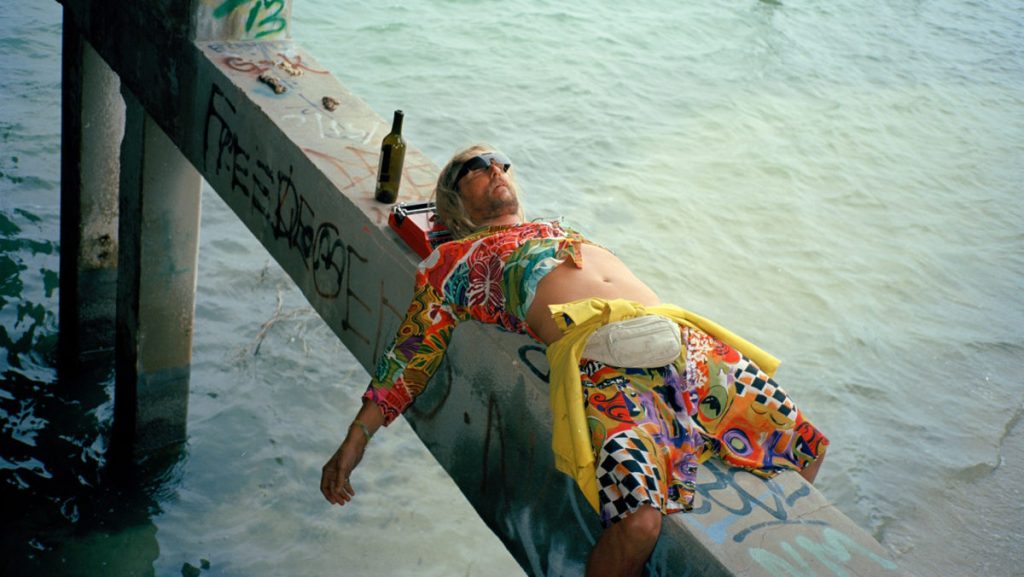 I think Spring Breakers might be my least favorite Harmony Korine movie. It could be a combination of when it came out and where I was in my life, what it’s about, it doesn’t feel timeless, The Beach Bum on the other hand, does. I don’t feel like I could throw on Spring Breakers at any time, but I feel like I could with this movie. This is Harmony Korine’s magnum opus in a lot of ways, it’s a strong tie between this and Mister Lonely. The flying nuns and the commentary on iconoclasm, it is all still engrained into my mind. There comes a choice in an artists life in where they have to decide which creative direction they are going to continue going in. Think Yandhi vs Jesus is King. Think Lovesexy vs. The Black Album. Think The Trap vs. The Beach Bum. After the success of Spring Breakers, Harmony almost made a project called The Trap. And while it would still be interesting to see what came out of it, I think he made the right choice in creating The Beach Bum next. A colorful candy covered sweetly nihilistic tale about a poet in Florida where nothing really matters and it all happens so fast and the main character is treated like a genius for no reason. I think this movie is excellent. It isn’t perfect by any means, but it gets better each time I watch it. It feels like the perfect blend of former and latter. There is an actual storyline but it’s peppered with Harmony-esque moments such as the Captain Jack scene and the scene with Zac Efron at the rehab center. After watching this movie I recommend listening to the podcast interview Harmony Korine did with Caveh Zahedi. It provides mystical insight about Mountain Dew and Jolly Ranchers. 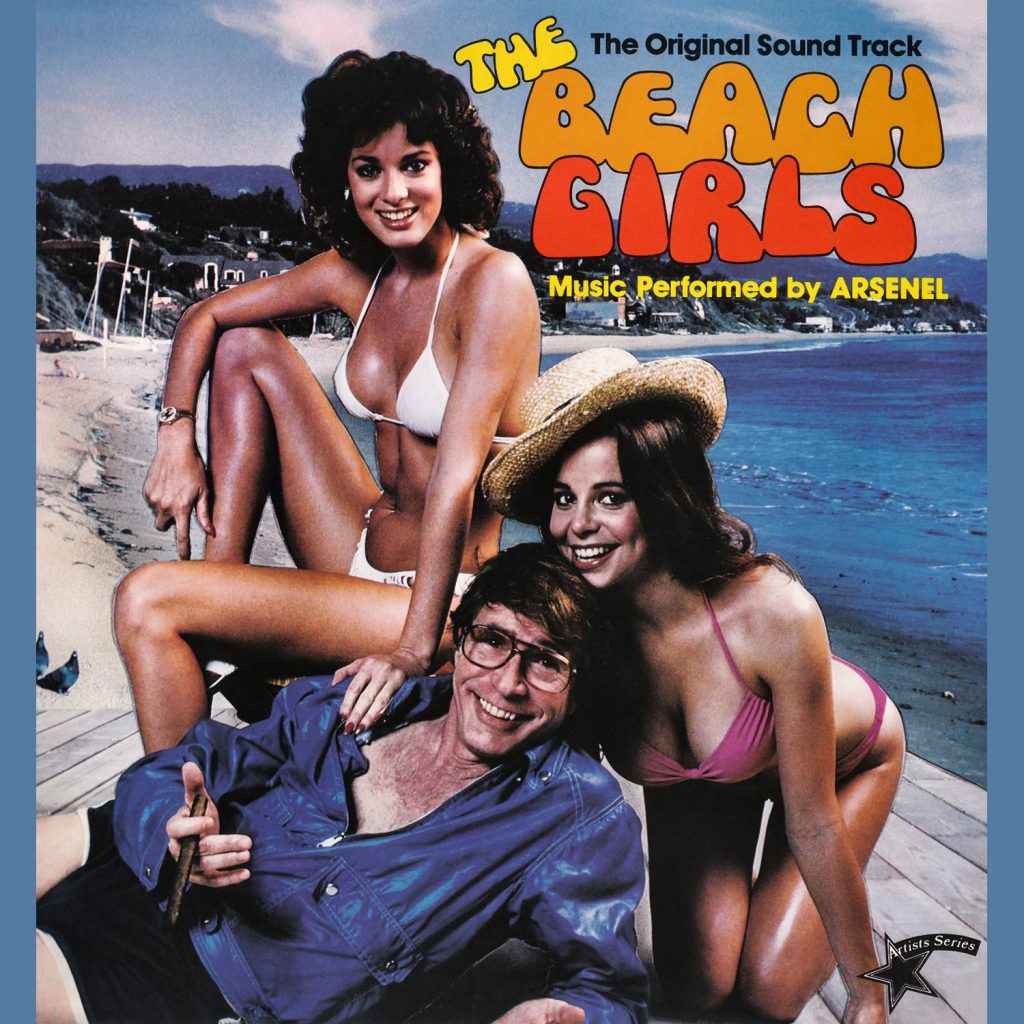 I first discovered Beach Girls because I had stumbled upon Crown International Pictures, an independent film studio and distribution company founded in 1959, it specialized in low budget genre films during the 70s and 80s. These movies are so silly and lighthearted, it’s funny to me that this movie stands out more than a film like Beach Party, because this film is constantly winking at the audience, which I prefer. The actress from Serial Mom, Mary Jo Catlett, is great as the “narc” in this film, all the weed that gets confiscated at the end is comical, the opening song “I want to go to paradise” by Arsenal really gets stuck in your head, in general the soundtrack to this movie is phenomenal. I feel like the main characters in this film have the same energy as the characters from Spring Breakers without the menace and darkness. This movie is clearly dated in a lot of ways, but it’s fun to watch. The acting is really terrible in a “so bad it’s good” kind of way. I am also a fan of another Crown International Pictures film The Pom Pom Girls, the characters are a bit more relatable and it mixes the genuine moments with the silly C.I.P. humor in a balanced way, but Beach Girls is comfy, it’s a movie about carefree people having a carefree good time. 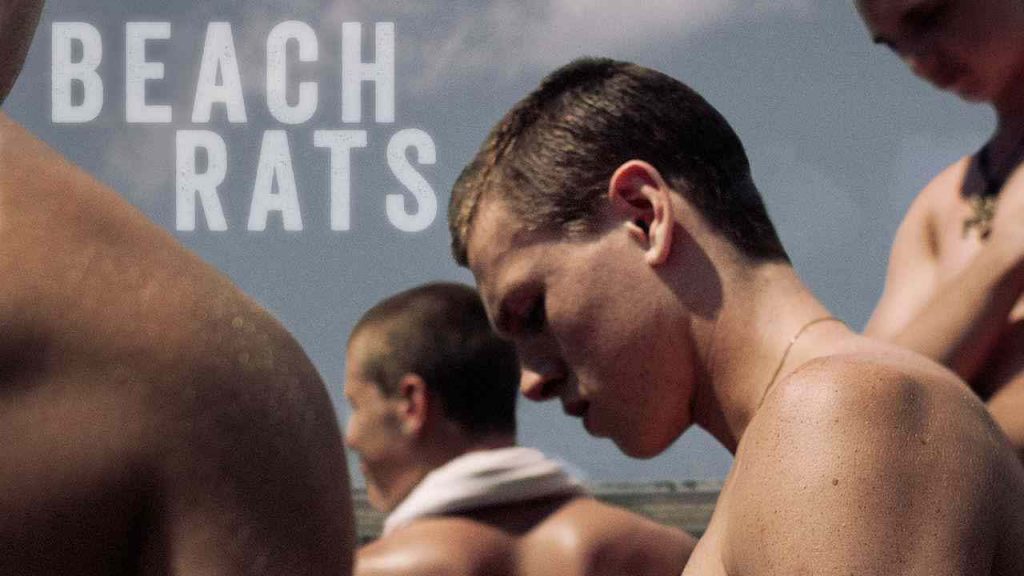 I love the way this film is shot, tight grainy close-ups against a neon colored exterior. I like the way it handles the main characters with a realistic sense of ambiguity and disassociation. It very much takes place in a similar universe. This film is also a bit divisive. Not because of the subject matter, but because of the way the story is told. It throws away a conventional narrative and you either love that or hate that. The way the film ends, it does feel like nothing much has changed, but unlike The Beach Bum where nothing really matters, it feels like everything in this film matters. There is a lot going on within the subtext of the film and the way it deals with existentialism in the main character. The actor who plays the main character is excellent. Overall this film is powerful in the way it handles emotional displacement.  I love the way this film shows Brooklyn and I feel that it doesn’t get as much credit for being a “New York” centered film the way other films do. This film raises a lot more questions that it gives answers and I think we need more films like that to exist. 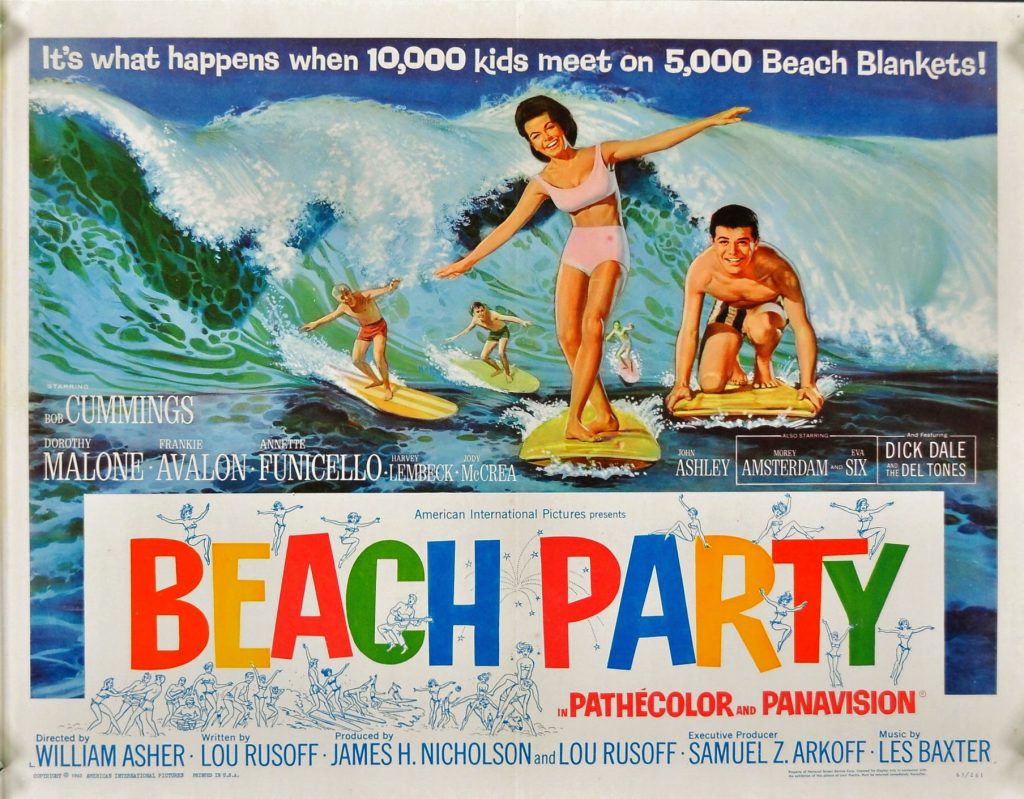 I have two tabs open on my computer, one tab has Beach Party loaded, the other one has Beaches, a film with Bette Middle and Barbara Hershey. I flip a mental coin and Beaches wins my attention first. The title credits begin, I can already tell this is a genuine feel good movie. The quote “I went to my first protest march and my father called me a radical. He doesn’t understand the whole world is falling apart while he’s playing golf.” stuck with me. Barbara Hershey is good, I feel like I’m experiencing her roles in a Benjamin Button kind of situation. I first saw her in Black Swan as the terrifying mother, then in Hannah And Her Sisters, and now in Beaches. I have watched her age in reverse. Bette Midler can definitely sing, there’s a performance where her body is very animated and she bursts into song, 18 minutes in. After about 25 minutes I began to skip through and decide it’s time to see what is happening with Beach Party, so I switch to the other tab. I become immersed, I’m a sucker for a movie with a great aesthetic to its presentation and the posters, the type face is great and colorful, and this already feels like way more of a beach movie than Beaches. Beach Party opens up with characters singing and driving in a car, I start doing research while the movie continues to play in the background. Fun fact, Walt Disney himself had to approve of the lead actress because she was under a contract with Disney. This film is credited with spawning the sub genre of “beach party” films.

I start to yawn. After a bit I get really sleepy and I fall asleep. I have a vivid dream that I am standing on a beach…floating in the middle of the galaxy. I can feel the heat of the sun on my face. The waves are in slow motion. The sky looks like ultraviolet. I start to walk towards the water.

(B Roll is a column about cinematic masterpieces that start with the letter “B”)
(Visited 196 times, 1 visits today)