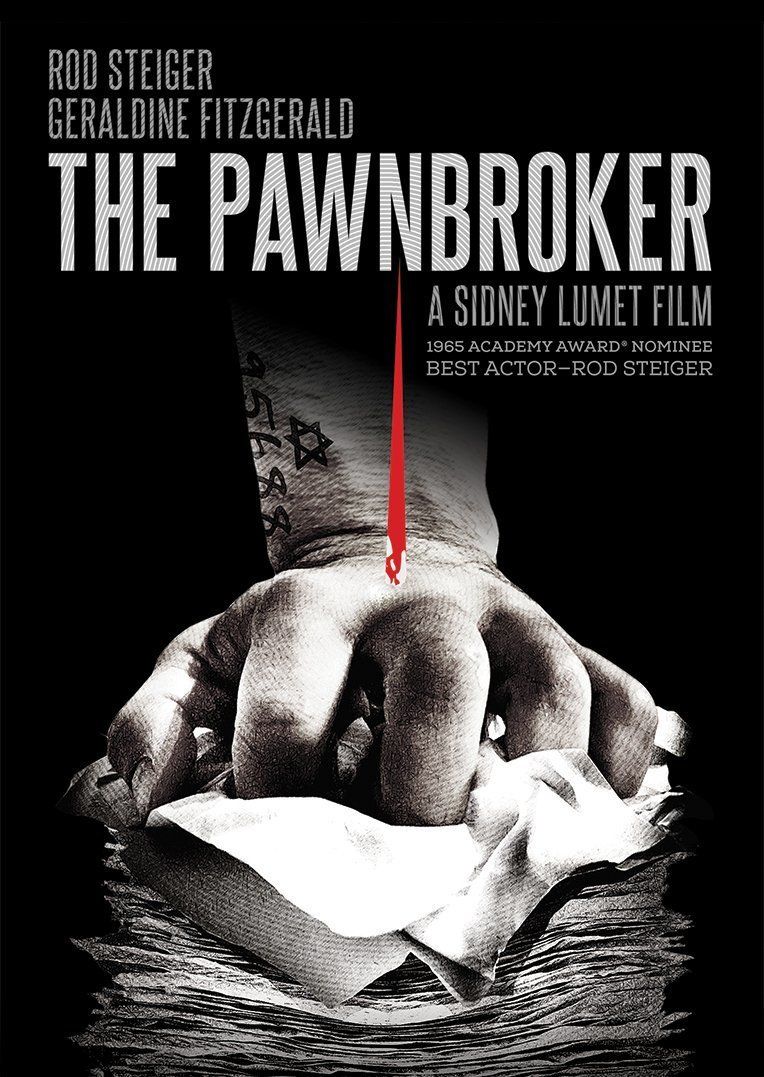 Tonight I watched Sidney Lumet’s 1964 film “The Pawnbroker.” I’d be curious to know if anyone else has seen this movie…it’s not Lumet’s best but it’s remarkable in several ways.

Rod Steiger stars as Sol Nazerman, a Holocaust survivor who now runs a pawn shop in New York City. Abysmal tragedy has forced Sol to bury his emotions deep, and he feels nothing for his fellow man – not his ailing father, not his pawn shop coworker Ortiz, certainly none of his clientele (many of whom are regulars), and not even for the lone woman who takes a romantic interest in him despite his cold demeanor.

The film’s originality comes mostly from its place in film history. For one, it’s the first American film to address the Holocaust from the perspective of a survivor – the film doesn’t use the term “PTSD” but that’s surely what Nazerman suffers from. Steiger’s performance and jarring editing successfully convey Nazerman’s shredded psyche and the root causes of his lack of emotion.

Secondly, The Pawnbroker was the first mainstream American film to feature female nudity, in direct violation of the Hays Code of the time. Lumet was wise to fight against the censorship, as the film uses the nudity to draw a harrowing connection between modern-day prostitution and the sexual violence inherent in the Holocaust, and again illuminates another root of Nazerman’s trauma.

My only real complaint about this film is the music, especially as it builds towards its climax. It’s mostly jazz, which is fine for 1964, but it’s way too upbeat and bright for the tragic way the film concludes. A smarter film critic might say something about how the music juxtaposes against the milieu of the denouement, but they’re just using that as an excuse to use words like “juxtapose” and “milieu” and “denouement.”

The film was made in 1964. The amount of time between the end of WW2 and the film is the same as between 9/11 and today. When you consider how recent that was, you can start to understand how shocking and necessary this film was at the time. Not an easy watch, but definitely worth the 110-minute running time. Overall grade: B+

Stay tuned for my next review, Louis Malle’s “Juxtaposition at the Denouement Milieu” starring Benedict Cumberbatch and Clara Bow.