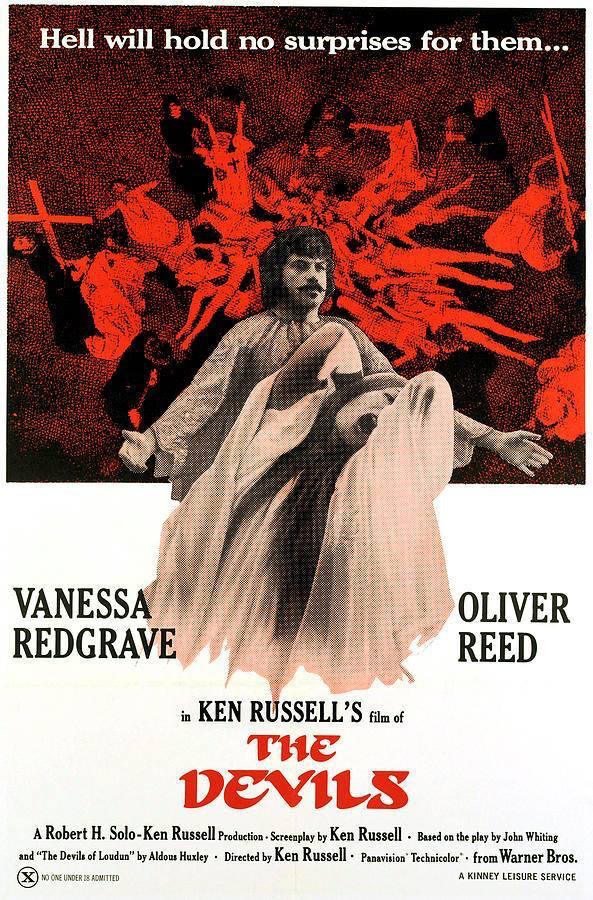 Ken Russell’s “The Devils” (1971) is…well, it’s a fucking Ken Russell film, which means all subtlety and nuance go flying out the window before the movie even starts.

Acting powerhouses Oliver Reed and Vanessa Redgrave play the main characters, the head priest and Mother Superior (respectively) of an abbey in southern France in some pre-internet century, who cares. I say “main characters” because the words “protagonist” and “antagonist” really don’t apply here. The best thing I can say about The Devils is that it is perfectly named – no one in this film acts in any sort of admirable way, no one is likable, no one is anyone you find yourself “rooting for.” Everyone is a self-serving bastard out to achieve their own ends while begging forgiveness from their god.

The story is simplistic, but this can be forgiven – sometimes the best films can be based on simple premises (we’ve gotta kill the man-eating shark, we’ve gotta eliminate the other Mob families and consolidate our power, we’ve gotta land this crippled plane, etc.). The problem is that Russell’s style beats us over the head for the nearly 2-hour run time. It is loud and relentless, comically shot, sloppily edited, and we aren’t given any time to breathe and get a good grasp of who these characters are and what motivates them. There’s comedy which I think is intentional, but with Russell it’s just so hard to tell. Is he a very talented amateur? Or a not-very-talented professional? I honestly can’t decide. “The Lair of the White Worm” and the other films of his I’ve seen aren’t helping with my assessment.

Not worth dedicating the run time to view. Maybe as background noise. Overall grade: C-