Are you working on Chicago’s next great short film? (First deadline on July 31st)

July 24, 2020September 18, 2020 chicagofilmscene
Local gear rental house and production facility Eleven04 announced last month that it has launched a comprehensive filmmaker support program, the First Backer Initiative. Starting last month and recurring every three months, Chicago filmmakers are invited to submit their projects for consideration. A group of finalists will then be selected to pitch their project and be awarded a support package worth over $10,000, consisting of resources from organizations across the city such as the Chicago Film Office, SAG-AFTRA, the Independent Film Alliance. Eleven04’s aim is to provide Chicago filmmakers the resources to take their project to the next level.
Centered around a $4000 equipment credit and $1500 cash prize, Eleven04 intends to provide comprehensive resources to assist a promising project from pre-production to the big screen. The program is not just about money, however. Organizations across the city are providing their support and expertise through consultation, feedback sessions, free workspace, and more. The First Backer program also gives filmmakers access to Eleven04’s production facility, allowing production teams to utilize office space, conference rooms, audition space, and a production stage.
Submissions for the first round of the First Backer Initiative are open now, and close at midnight on Friday July 31. Once the submission period concludes, a group of finalists will be selected to take part in a pitch event held at the Eleven04 production facility in late August. The finalists will pitch their film to a judge and audience, and the jury will select one film to be backed by Eleven04 Productions.
Eleven04 intends for this program to become a staple in the Chicago independent film community, and will continue to add more valuable resources to the program in subsequent cycles. To submit your film, visit www.eleven04.net/first . Good luck! 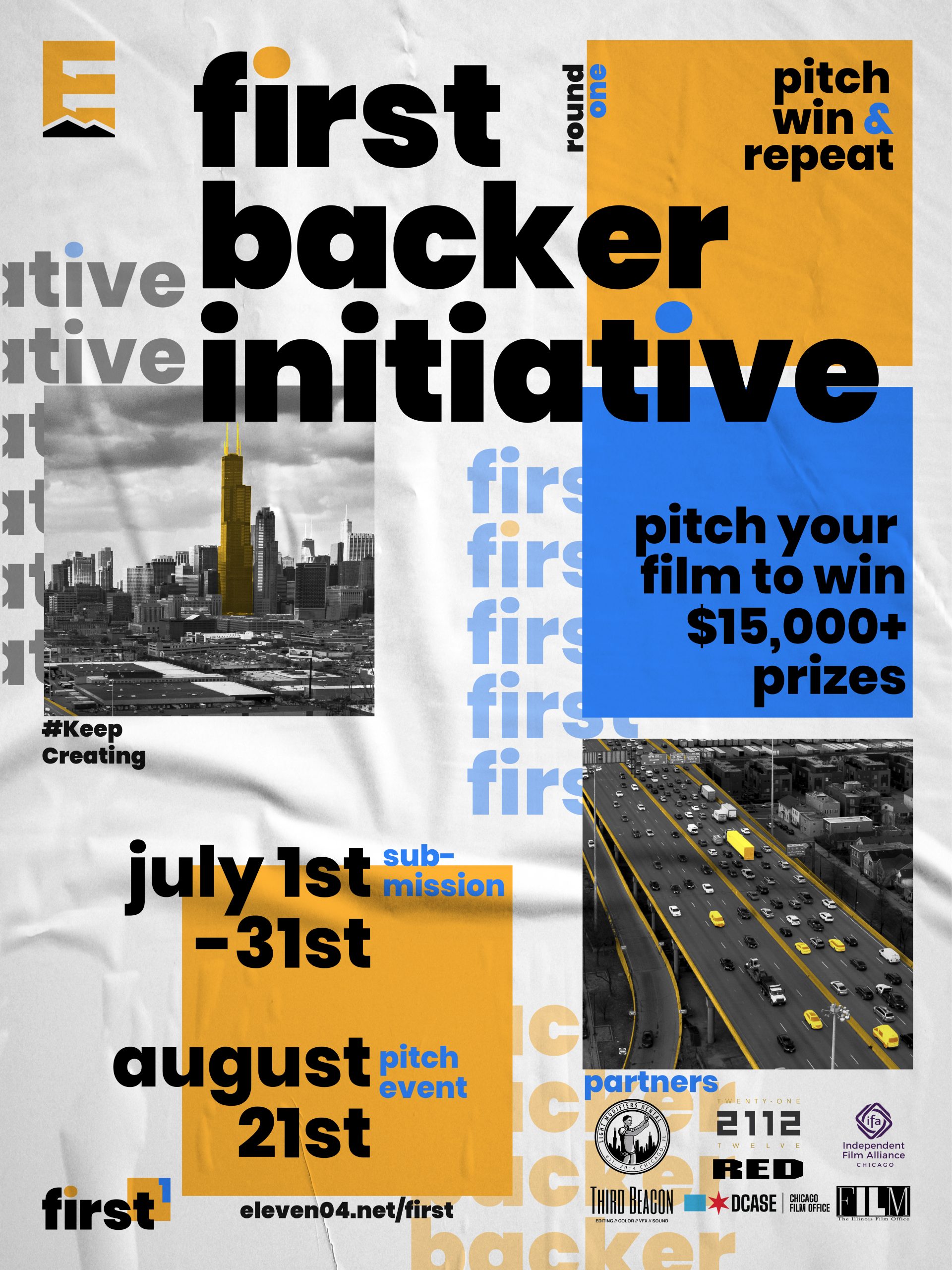