It was a warm summer night, and I was sitting at home with my partner, casually browsing the Netflix queue for a good movie to sink my teeth into. It’s a tale as old as time. And after looking through some options, we happened to stumble upon a film called “Almost Love” written and directed by Mike Doyle. We watched the trailer and it looked ever-so promising. It had everything you could ask for in a late-night Rom-Com and was centered around a thriving homosexual couple. I officially felt seen, and therefore we decided to give it a chance. Unfortunately, Doyle’s independent Rom-Com did not live up to the majesty the trailer made us believe it was destined for. Instead, it left me not only perplexed, but also with a bad taste in my mouth when it came to almost all of the characters. While it seemed that Doyle was attempting to create a kitchy universe composed of complex characters with compelling stories, it, unfortunately, came off as overdramatic & predictable, with characters that were practically unrelatable. Although I had high hopes, there were many things about this movie that left me wanting more, but weirdly also wanting less at the same time.

“Almost Love” centers its main storyline around a gay couple, Adam & Marklin, who have been together for the past 5 years, but 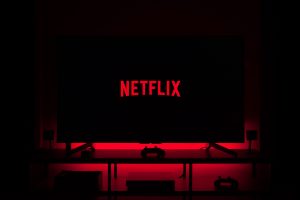 have abstained from marriage. The film follows their lives and explores the deep problems bubbling deep within their relationship, and their struggle to work through them. While that is interesting at first thought, the characters are both somewhat unlikeable and make it hard to root for. Adam is a painter, who oddly enough, makes a very decent living from being a painter, while Marklin is a successful men’s lifestyle blogger with his own website. Neither seems to be in love with their careers, which brings to light one of the major problems in their relationship. Adam constantly experiences feelings of inadequacy when compared to Marklin, who makes significantly more money than him and is constantly stopped by strangers on the street who have nothing but adoration for him and his content. This goes to show you that toxic masculinity isn’t reserved strictly for the heterosexuals.

Maybe this is my COVID mindset talking, but as someone who’s creative career was abruptly halted due to a worldwide pandemic, I find it hard to feel sympathy for two creative people who have found lucrative success in both of their chosen mediums and still are not happy. At one point in the movie, as Adam and Marklin are cuddling on the couch and after an awkward & failed attempt at having sex, Adam whispers to his partner “Why is it so hard?”. Well, Adam, I will tell you why…it is because you two are making it hard for each other. The two of them have buckets of resentment towards one another, and it is expressed multiples times throughout the movie. Adam visibly is annoyed at Marklin’s blogger lifestyle and behavior, and Marklin is quite passive-aggressive towards Adam about his choice to remain a painter who works for an eccentric art collector. Normally I’m here for good old fashioned shade-throwing, especially from the gay, but only when the shade is worth casting. They also hide secrets from each other, the biggest being that Marklin is the direct emergency contact for his ex-boyfriend who is hospitalized, and has been caring for him for years. I understand that after 5 years, it’s hard to keep a relationship strong and full of sparks, however, open communication can save any relationship from going array. And while the movie tries to show how hard it can be to keep a relationship full of passion after turning 30, the characters seemed quite childish.

Overall, this movie reeked of elitism and any sort of relatability, especially when you look at the storylines of Adam and Marklin’s mutual friends, Cammy and Haley. It’s very hard for me to write this since I am such a huge fan of Michelle Buteau and think she is one of the funniest people I’ve ever heard, but unfortunately, this role did nothing for her. She plays a sassy single gal, who ends up dating a man that we come to find out is homeless. If that wasn’t enough to make her want to leave him, he is also an utter slob, uncultured, and is overall just flat out annoying. Despite that, she allows him to stay with her in her residence while also having sex with him, to which she tries to be secretive about. All I have to say is…Why? While it’s not only unrealistic to think that any woman would put up with this amount of mediocrity, it also shows the blatant double standards there are when it comes to heterosexual dating. Her storyline showed how much women have to do to present themselves for men that are practically doing the bare minimum to be seen as a good catch. In the end, he somehow gets a job as a Lyft driver and lets Cammy know that he finally has a place to live that is not her couch. This man was 36 years old, so a decent job and your own apartment shouldn’t be praised, rather should be expected. Props to him, but she could honestly do better than this mess of a man.

We also have Haley, who is a tutor & college counselor working with a high school senior who ends up developing a strong crush on her. Haley is the most peculiar of all of the characters, as she constantly has a confused look on her face and is oddly naive for someone her age. Cammy tries to be a voice of reason for Haley, while also dodging questions about her homeless boy toy, when Haley opens up about her infatuation with her young tutee, Scott James. If there’s one thing you’ll remember about this movie, it is the name of Haley’s pupil due to the amount of time she repeats his full name in conversation. Scott James was a frail, meek little boy who fell head-over-sketchers with the only girl who showed him any sort of positive attention, which happened to be Haley. And because of her introverted quirky demeanor, she didn’t have the strength to let him down easy, which culminated in an overdramatic broadway-style confrontation between the two of them as he confessed his love to her. This storyline seemed like a comedic relief, that gave us a breath of fresh air after seeing the struggles of Marklin, Adam, and Elizabeth; Adam’s best friend who seemed to have the perfect marriage until her husband’s infidelity put their relationship at risk. In the end, after doing everything she can to make sure he gets into a great college, including writing his admissions essay to Brown University, Scott James ends up leaving to go to Penn State, much to Haley’s surprise. He is seen heading to college with his new age-appropriate girlfriend, who hints at writing his admissions essay to Penn State as well. Furthermore, continuing the cycle of a privileged, upper-middle-class white man having everything given to him thanks to a society that was set up for people like him to succeed, while putting in no effort. But hey, what else is new.

Overall, this movie had a lot of potential and formulaically seems like a good film, but once you dive into the actual story, it’s more off-putting than intriguing. Likeability and relatability are the main characteristics that are lacking in this film, which are some of the key components you need for a movie that essentially revolves around 5 people. While it may not be the highest on my list of recommended flicks, it might be the perfect option to enjoy with a bottle of wine and a friend or two who appreciate a decent indie flick.