Adventureland: The Best 80’s Movie That’s Not an 80’s Movie 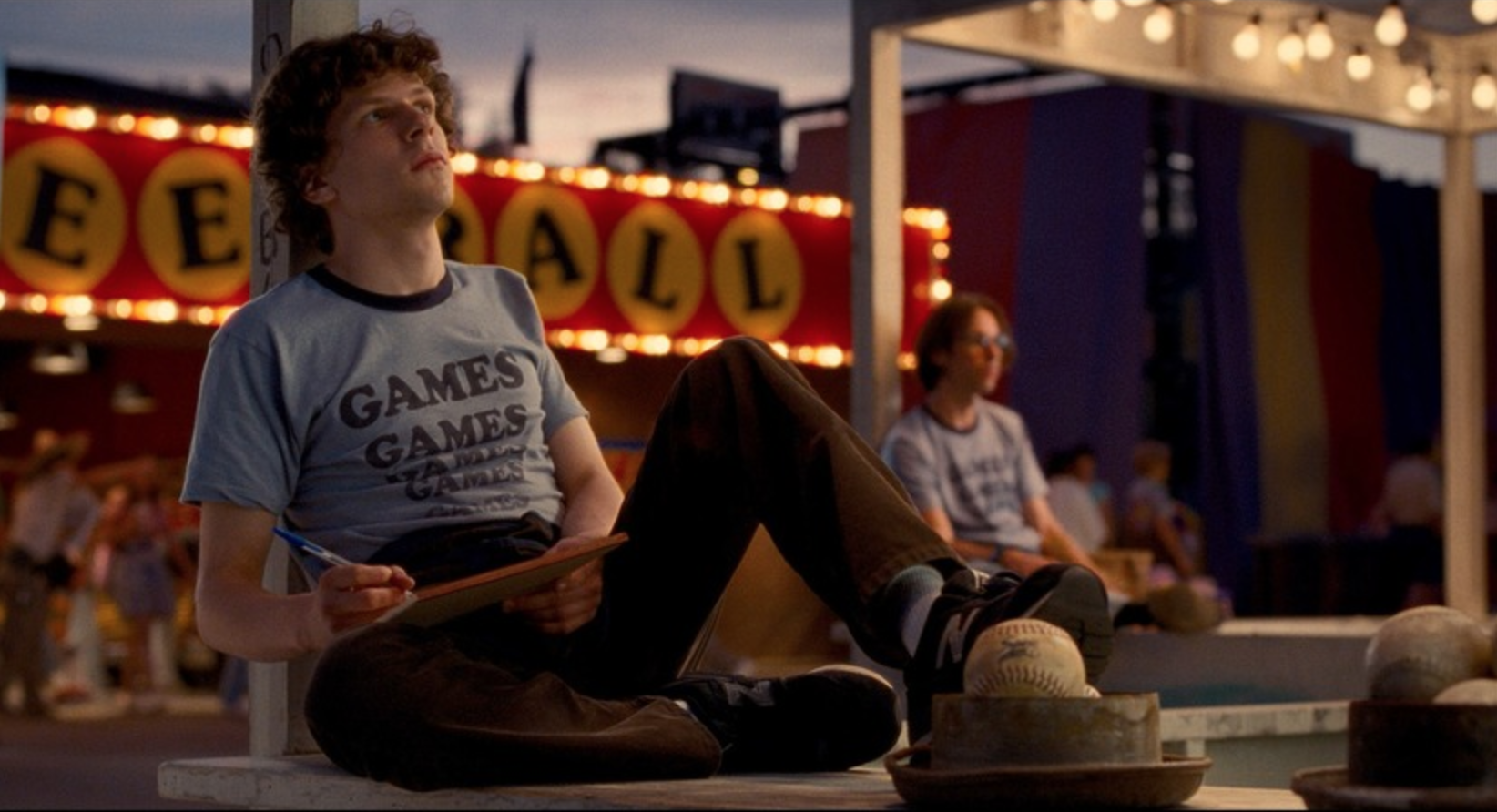 I really miss the 80’s. I would know, I was born in 1998. Adventureland (2009) gives you a perception of the 80’s better than most 80’s movies. 80’s movies are great, but some don’t really capture the decade. Either they are too corny, or they just simply are not as great as Stand By Me. Adventureland brings you back to the 80’s with a nearly flawless approach.

Adventureland is directed by the Superbad director Greg Mottola. Although this movie is funny, it doesn’t feel like your standard comedy. It feels sad, and it feels familiar. James Brennan (Jesse Eisenburg) graduates college with the intentions of going on his celebratory European vacation. His dreams are shut down when his father tells him that there have been cuts at his company and he will no longer be able to fund James’s vacation. James realizes he needs to obtain a summer job to pay for upcoming financial hurdles that come with attending Columbia’s Journalism Masters Program in NYC. James has hardly worked a job his whole life and is forced to work at the local amusement park. He makes friends at the amusement park, but most importantly he meets Em (Kristen Stewart) and falls in love with her within a matter of seconds. The movie focuses on this awkward relationship that is building between Brennan and Em. Brennan is a virgin and hardly knows how to handle being in a relationship, and Em is tangled up in an affair with Connell (Ryan Reynolds) although she is sure that Brennan is the nicest guy she’s ever met. Come on! It’s a classic 80’s film (kind of)! The nice guy never gets a break!

Looking at the cast you would just assume that this film would not work. Jesse Eisenburg, Kristen Stewart, Ryan Gosling, Martin Starr, Bill Hader, and Kristen Wiig? Dramatic acting AND comedic acting? It’s what makes this movie great. 80’s movies are breathe out your nose funny because they are weird and quirky, but Adventureland is laugh out loud funny because it is written well. When I’m happy I put on Adventureland to feel some sadness, and when I’m down I put on Adventureland to feel extremely happy. At the same time, Adventureland is very serious and it makes you feel for every single character. Overall the stakes are pretty low, yet somehow the decisions made in this movie seem monumental. Is it really just about two kids graduating college, falling in love at an amusement park that they are forced to work at, with some hardships in the middle? YES.

Adventureland is not perfect, but it is a unique film that you will recommend to your friend that never shuts up about Ferris Bueller’s Day Off being the best piece of art that has ever been created, ever. Movie soundtracks do not make or break a movie in my opinion, but Adventureland’s soundtrack is stellar. You get to hear some David Bowie, The Velvet Underground, and The Replacements while you are laughing and crying at the same time. If you always claim that The 80’s is the greatest decade yet, but you weren’t even alive yet… you now have Adventureland to give you some credibility.

Chicago based comedian with a Bachelors Degree in Comedy Writing and Performance. I do stand up, I'm in an improv group, and I create videos that have not gone viral on Twitter yet. I also co-host the "Doggy Days Podcast"!