B.J.’s Quickies | A Twofer: “Dolemite” and “Portrait of a Lady on Fire” 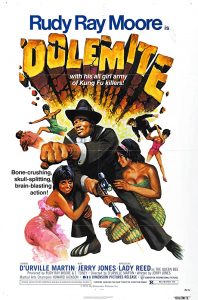 “Dolemite” (1975, Rudy Ray Moore writer/star) – the original, often imitated, never duplicated, accept no substitutes. This was the first RRM movie I’ve watched start to finish – I saw “Dolemite is My Name” with Eddie Murphy, and I’ve seen a thorough review video of “Petey Wheatstraw,” but I’ve never subjected myself to an RRM movie proper before. You don’t get off a rollercoaster and say “Gee, I wasn’t expecting to be whipped around and feel a little nauseated,” you go in knowing what to expect, and I certainly expected the bad acting, sloppy kung-fu, gratuitous nudity, and ridiculous story. What I didn’t expect was for the movie to be mostly un-funny, by which I mean I don’t think comedy was RRM’s primary goal. I think he wanted audiences to take the Dolemite character somewhat seriously, reflected in the lack of overt comedy in the film. This may be due to some tension between RRM and his appointed director, D’Urville Martin, who was unimpressed with RRM’s lack of acting and martial arts skill. But I still have to give props to RRM for having a vision and pulling it off, and I’m looking forward to seeing more RRM movies in the near future. I give this one a straight C. 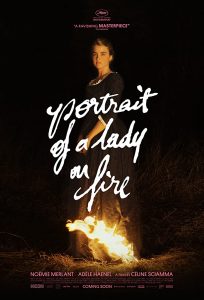 Now, for some thematic whiplash, the second movie I watched today was “Portrait of a Lady On Fire” (2019, Céline Sciamma writer/director). This one has been hyped up in art-house circles and my expectations were high. Unfortunately I don’t think it brought anything particularly new to the table – we’ve seen these stories before of star-crossed lovers (both hetero- and homosexual) who are unable to truly be together due to circumstances and mores of their times. But aside from a gentle pro-choice message which doesn’t really add much to the story, we’ve seen this movie before. Kudos to the two leads (Noémie Merlant and Adèle Haenel) who act the hell out of the story, though, can’t criticize them at all, I just don’t think this is the masterpiece Brie Larson promised me it was. I give it a straight B. Pardon the pun.