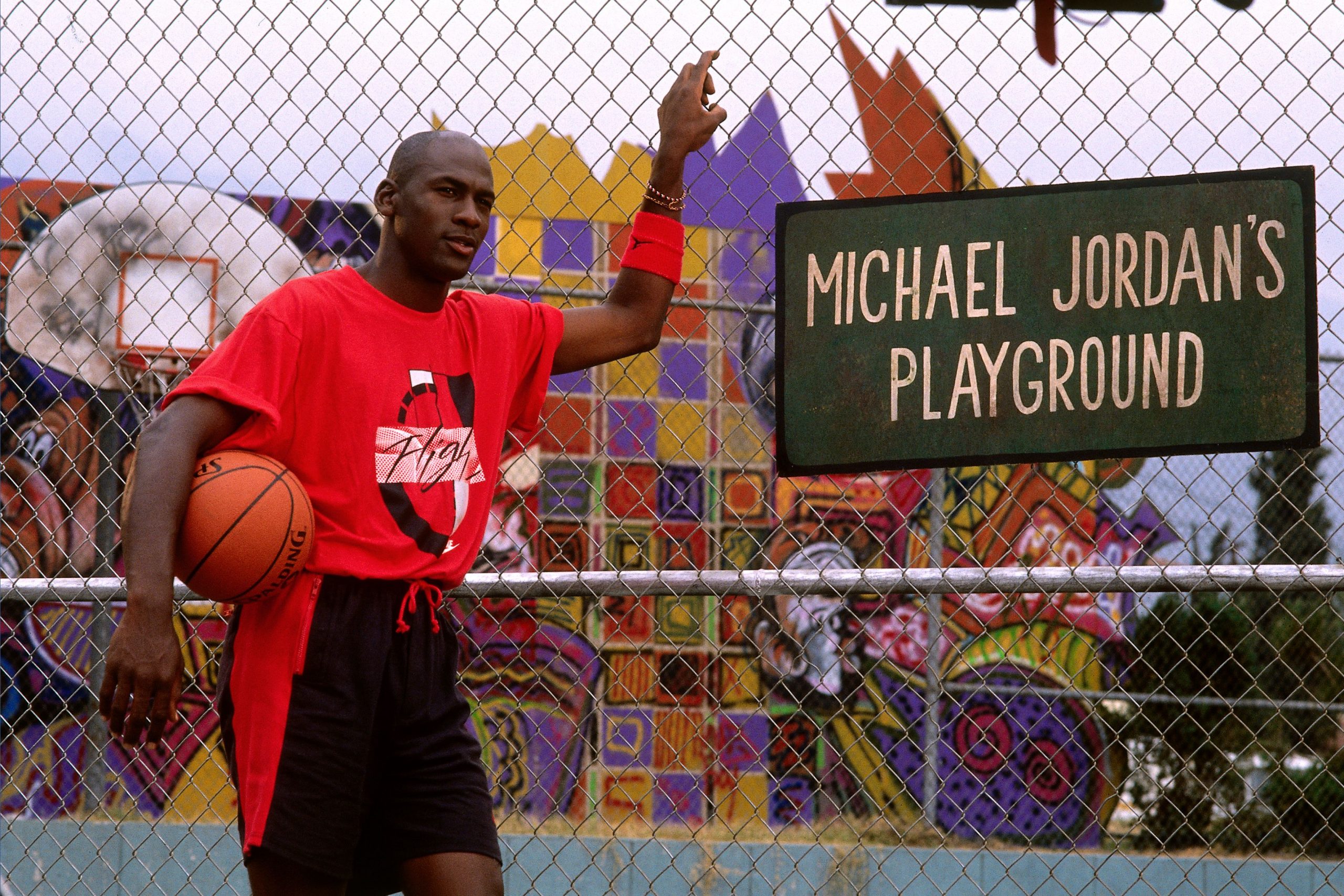 As a fan, I was very excited to use the release of Zack Snyder’s Justice League as an excuse to make my way through his filmography. It also didn’t hurt that I had committed to write a ranking of his theatrical releases for Cultured Vultures. But after having made my way through everything from his Dawn of the Dead remake to the 3 hour plus “Ultimate Editions” of Watchmen and Batman v Superman: Dawn of Justice, as well as the extended cut of Sucker Punch, I discovered that there was one more “feature” of his that I had yet to see.

You, like me a mere month ago, likely did not know that Snyder’s “feature” (it’s over 40 minutes, which by Academy rules means it’s not a short) directorial debut, and only second outing ever as director, is a 1990 (or 1991, sources vary) made-for-video documentary with a semi fantastical narrative attached simply titled Playground, though more often stylized as Michael Jordan’s Playground. The 43 minute movie comprises three interspersed parts: highlights of Jordan’s career to that point, talking heads discussing what a great player and competitor he is, and a narrative about a kid named Walt (Tyrin Turner) who doesn’t make his high school basketball team but continues to practice everyday and one day meets Michael Jordan at the playground where he practices.

From the opening shot, it’s not hard to see that this is an early Snyder work as we see Jordan’s silhouette against a brilliantly fake orange and blue sky. And while the talking heads and highlight reel portions of the movie are mostly generic, the narrative sequences show some Snyder hallmarks: an abundance of slow-motion (including slow-motion rain hitting the basketball hoop), voiceover, and frantic camerawork during the action/sports sequences. It’s also fun that former teammate Horace Grant at one point says Jordan “goes in the phone booth and puts on his superman suit.” So arguably Snyder has been making Superman movies from the start.

Sadly Jordan’s acting ability and the script are not as super as his athletic abilities. While Jordan’s voiceover work is decent, his line readings in the sections with Walt are clunky and Turner is also awkward. This may be more the script’s fault than the actors but either way it all feels a bit embarrassing. That said, the final few minutes are a music video of the Full Force All Stars singing and dancing with Jordan who is fully aware of his lack of dancing talent but having fun with them. So it seems that he had a good sense of humor about his lack of non-athletic talents.

I came to this as a Snyder fan and not a Jordan fan, but it is interesting watching a hagiography of the man (particularly one in which Horace Grant refers to him as Superman) after the release of The Last Dance which, to say the least, put Jordan in a new perspective. I haven’t seen The Last Dance (again, I came to this for Snyder) but I imagine that Playground would make a fascinating counterpoint to it as something that was made at what at the time seemed like the height of Jordan’s career, but in hindsight only seems like the beginning.

Finally, while it’s impossible to know, the discovery that this is Jordan’s first outing as an actor and that it mixes basketball with fantasy makes me feel like we at least partially have Zack Snyder to thank for Space Jam.