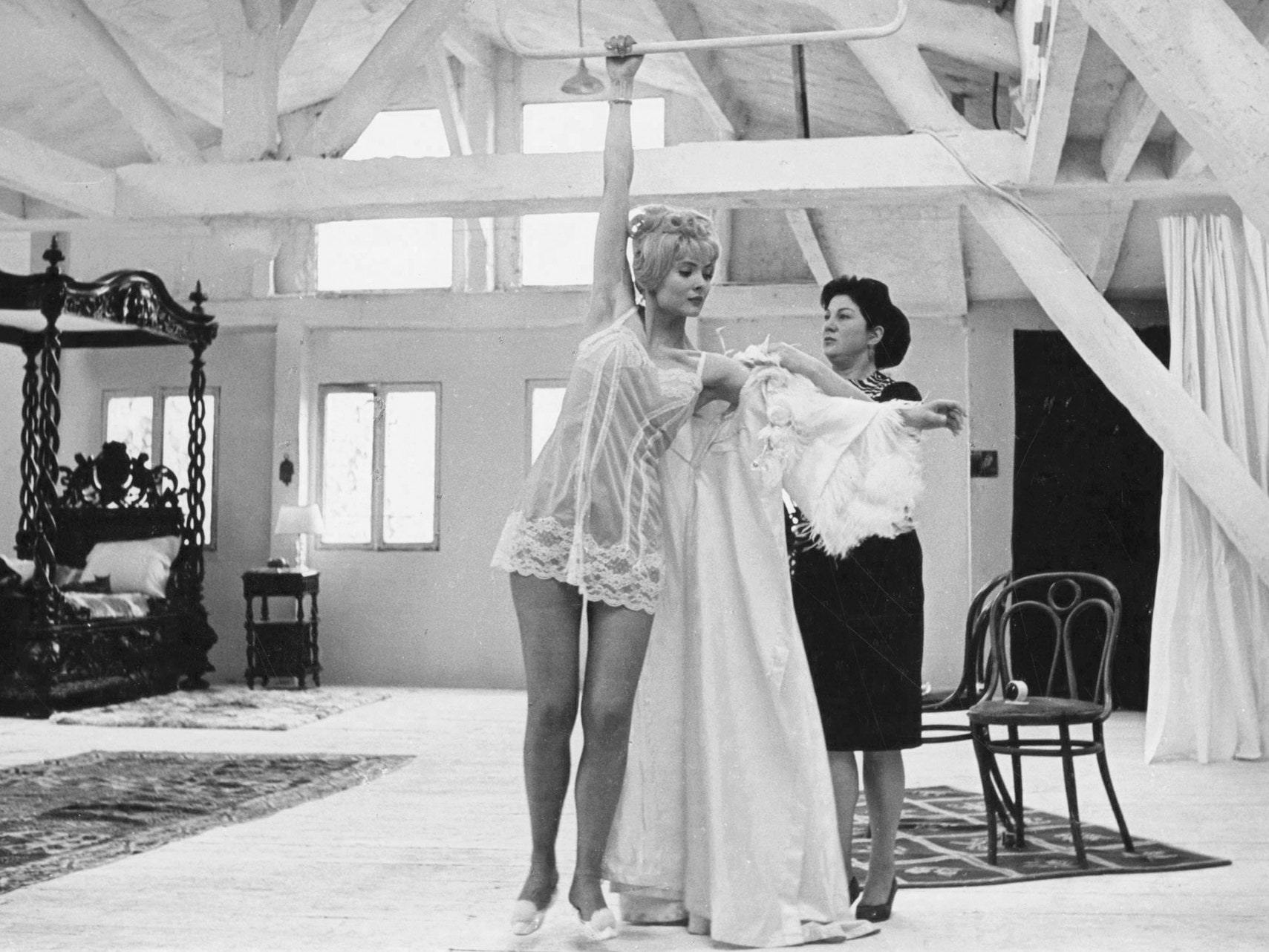 Recently, I watched Jean-Luc Godard’s 1965 film Pierrot le Fou and hated it. Loathed it. I found it irreconcilably scattered and monotonous. I know, like last week’s Krull article wasn’t damning enough. But I talked to a friend about le goddamn Fou and they said something that resonated deeply to the very fabric of my being: “I think the French New Wave is something I like more in theory than actually watching”. There’s amazing filmmaking in what little French New Wave I’ve experienced but they’re also… MADDENINGLY aloof. They playout in defiance of structure or even linear thought by design. As an insipidly literal American, I admire but do not enjoy that.

THAT BEING SAID… If I had to pick one movie I was shown in college that I had 1) Never heard of before seeing it and 2) Fell head over heels in love with, it would be French New Wave staple Agnès Varda’s French New Wave staple Cleo from 5 to 7 (1962). But why? Is it because I have a huge crush on lead actor Corinne Marchand? I mean, I’m sure that’s a PART of it. Statuesque and charismatic, Marchand effortlessly carries the narrative (what little there is of one) as Cléo, a pop singer trying to preoccupy herself for two hours as she awaits the results of a potentially serious medical test. Marchand is simultaneously endearing and pathetic as she drifts immediately from crippling ennui to abject narcissism and back again. It’s a pitch perfect balancing act that Marchand performs expertly.

This feeds into, perhaps, Cleo from 5 to 7‘s greatest accomplishment: How writer/director Varda captures the mindset of a privileged 20-something. As with all French cinema, I am reluctant to analyze the text of the film for I am not great at doing so and I fear getting it completely wrong. But I’ll try for your pleasure. I am a monkey dancing for your coins, after all.

Being a privileged 20-something with nothing to do for the past several months but to wallow in my exhausting self, re-visiting Cleo is a humbling experience. The film starts with Cléo visiting a fortune teller as she performs a tarot reading. The cards spell doom for our heroine or, as the fortune teller hastily comforts, a complete transformation. Once Cléo leaves, however, the fortune teller confides in someone else that it is in fact doom. Cléo leaves sobbing but her assistant suggests they go shopping and she enthusiastically obliges. Already Varda is smartly establishing the duality of Cléo’s being. She is an anxious soul but prone to vanity and hypocrisy. No one in her professional or personal life takes her seriously (I BELIEVE they mentally or verbally calls her a “spoiled brat” at least once each) and truly, she doesn’t seem to take herself all that seriously. Even her illness, her greatest torment, most think is a fiction she’s worked herself up over. Her own stance on it shifts back and forth.

I shouldn’t speak for the artist but Varda (who was 34 at the time of the film’s release) seems to, in reflection, fully understand this youthful flippancy and finds fascinating ways of conveying it visually. In one scene, that if you’ve seen Cleo from 5 to 7 you’ll remember forever, Cléo is visited by her composer and lyricist. They trade friendly (but barbed) jokes about the singer’s talent and tastes as they try to pick a song to practice. They land on a haunting little ditty about love and loss and, with a single push-in from the camera, the scene transforms from a candid rehearsal to a soulful concert. Cléo stares down the barrel of the camera, crying and belting out the number as the simple accompanying piano swells to a full orchestra. With a single movement of the camera, her surrounding environment falls away until we’re left in an intimate closeup against a black backdrop. WITH A SINGLE MOVEMENT OF THE CAMERA, Varda brings us into the vulnerable, lonely but grandiose core of this externally cool and collected character. FUCKIN’ HELL.

Varda’s camera is not distracting but it is endlessly clever. She finds simple but effective ways to establish Cléo’s alienation and anxiety. Por ejemplo (if I may speak a little German), the doting assistant at one point combs Cléo’s hair. Shortly after (in one of cinema’s greatest twists), Cléo removes said hair to reveal she’s been wearing a wig the whole time. Elsewhere, in one of my favorite scenes of all time, Cléo is alone in a park where she comes to the top of a flight of stairs. No one around, in a moment of bliss, she dances and sings down them. Upon reaching the bottom, however, she sheepishly looks around and resumes her wandering. AND, in perhaps the funniest aspect of the whole production, Cléo’s impatient, distracted nature is reflected in the run time: Whereas the title promises the audience two hours, it’s only 90 minutes long.

The late Agnès Varda is a filmmaker I need to get into more. I’ve seen her described as the heart of the French New Wave and that might be why I love Cleo from 5 to 7 as much as I do. While it’s certainly smart, it’s much more compassionate than its icily intellectual peers. Its a self-aware, insightful, stylish, energetic, beautiful, frustrating, witty, eloquent, and honest portrayal of youthful self-importance and discovery. And it even gets in early.